The support of one local arts organization means three Thompson Jazz Studies students will soon be heading to the recording studio.

Since 2014, Pathways to Jazz has awarded grants to area jazz musicians to record CDs. This year, College of Music students Anisha Rush, Josh Reed and Heath Walton were among the artists chosen to receive grants. 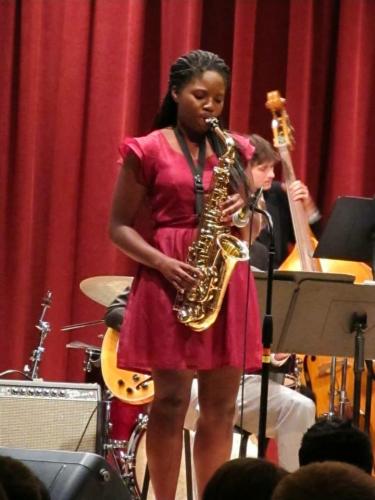 For Rush, who will be recording her first album, it’s rare and exciting to have the opportunity, as an undergrad, to take this step. “How many grants are there for a jazz musician to make an album? I’m honored to have the chance.”

Originally from Colorado Springs, Rush says she’s putting together a quartet, and plans to record at the beginning of 2016. “I’m excited to hear a recorded product,” she explains. “You can write as much music as you want, but when you finally hear it become a reality, you feel like you can actually take ownership of it.”

The saxophone jazz studies major is double majoring in psychology, which will come into play as she puts her grant to use. “Part of my proposal was to build awareness about stigmas against mental illness,” says Rush. “So I’m organizing a benefit concert for a group called the National Alliance for Mental Illness. The goal is to raise money and educate the community about how they can help those with mental illness.”

For jazz sax DMA student Heath Walton, the grant is helping feed a childhood passion. “My dad was a big jazz fan and he played when I was a kid. It was always on in the house, and my brothers are also big music fans.”

The Davis, California, native says he heard about the grant from Booth and Shinn and couldn’t pass up the unique opportunity. “To have people who are out there supporting the jazz industry, trying to push the art and the music along, is great," Walton says. "Especially when it’s focused on local musicians.”

Walton is no stranger to the life of a professional musician: he lived and breathed the New York jazz scene for eight years, and did his first recording in 2006. This time, he’ll lead the band. “The grant might make it possible for me to fly out a couple of the people I played with in New York to be on the recording,” he says. 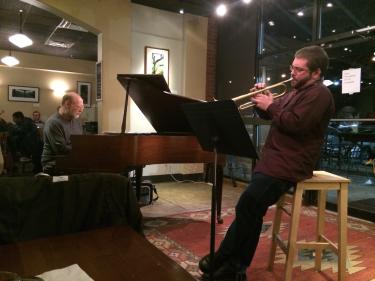 And that extra help makes all the difference in the world to musicians when they’re just starting off, says Reed. He’ll be leading the band on his recording, as well—something he’s never felt comfortable doing before. “Recording an album is expensive just to pay for studio time and hiring the right musicians, and that’s not something we can always do. You don’t want to put out a product that isn’t high value,” Reed explains. “This affords us the chance to do a project the right way, rather than cut corners.”

Reed, who has a Denver studio booked for January, will enlist the talent of legendary Boulder pianist Art Lande and College of Music alumni Dru Heller and Tim Wendell. They’ll be recording some of Reed’s original compositions, while paying tribute to the greats including his favorite trumpeter, Kenny Dorham.

Reed teaches jazz at Metro State University in Denver, and says the help Pathways to Jazz provides to jazz hopefuls in the region is invaluable. “With the growing scene out here right now—new jazz clubs, more people moving here—it’s great that they’re giving musicians a chance to put out a quality product as we gain exposure as a region.”

As part of the College of Music’s Summer Session, the CU Boulder Musicians’ Wellness Program (MWP) will sponsor the Alexander Technique Summer Course via Zoom, July 5-8, 9 a.m. to noon. An additional day, July 9, provides educators the option to receive graduate credit for the five-day course. END_OF_DOCUMENT_TOKEN_TO_BE_REPLACED

In this edition of Dean's Downbeat, learn how the College of Music has channeled change into progress; the work of the college's DEI task forces and how to contribute your input; what we're looking forward to this Fall; and our excitement for a new chapter of in-person music-making. (Dean's Downbeat will resume at the beginning of Fall Semester 2021.) END_OF_DOCUMENT_TOKEN_TO_BE_REPLACED

From opera to heavy metal to conducting to wellness, the College of Music is poised to teach and support diverse creative interests during Summer Session. END_OF_DOCUMENT_TOKEN_TO_BE_REPLACED
Return to the top of the page