DAILY CAMERA - CU Symphony Orchestra a value at any price 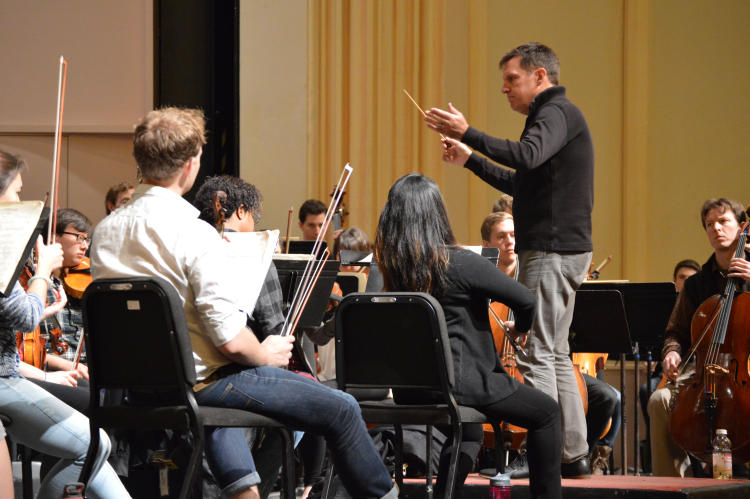 The CU Symphony Orchestra on stage

Boulder's orchestral scene is rich. From its world-class summer ensemble-in-residence to its superb local professional orchestra, from the two stellar chamber orchestras to the overachieving (and unpaid) community group, there is never a lack of options.

But only one organization provides excellent orchestral music — in the city's largest concert venue, no less — for free, and that is the University of Colorado.

Yes, there are ticketed events from time to time when the University Symphony Orchestra plays with a major guest artist (either classical or pops). Sometimes the closing concert is big enough to warrant that, too. But there always will be at least three full orchestra concerts at Macky Auditorium each academic year — two of them featuring student concerto competition winners — where all one has to do is show up, grab a program and sit down. Logic dictates that these would be full houses, but often they are far from it.

Conductor Gary Lewis, director of orchestras at the College of Music, does not like to take much credit for the orchestra's excellence in recent years.

He cites the support of the applied faculty and the administration as integral to the program's growth. In providing incredible opportunities for his students, however, Lewis also produces a terrific product for the audience.

Last week was one of these opportunities. Musicians from one of America's greatest orchestras, the Cleveland Orchestra, were in residence at the university. While there, they conducted sectional rehearsals with the students. On Wednesday, they sat with the orchestra in a full open rehearsal. And they offered master classes and panel discussions. The fruits of this residency will be on display when the student musicians open their concert year Friday at Macky.

"It's such a tremendous gift," Lewis raved. "When the Cleveland musicians came two years ago, it was a transformative experience, and I lobbied to get them back."

Philanthropists George and Martha Clinton made that possible.

"To sit next to these incredible professionals and get coached by them — it's a rare and unique program where this can happen," Lewis said. "I can't imagine too many other places where it's possible."

"With Cleveland here, I wanted to program large pieces and be inclusive," Lewis said. "All of these have common audition excerpts, and I find it a special experience for students to perform the full works so that when they audition, they will know the context."

Lewis also outlined the rest of the academic year. Part of that includes the Chamber Orchestra, which performs once each semester at Grusin Music Hall. The full orchestra is split; those who are not in the smaller group play in the opera pit under Nicholas Carthy (the opera productions typically happen around the same time as the chamber orchestra programs).

On Thursday, Oct. 22, the small group will play the first suite from Respighi's "Ancient Airs and Dances," the "Sacred and Profane Dances" by Debussy and Wagner's "Siegfried Idyll."

Back at Macky on Nov. 19, the orchestra is joined by cellist Robbie Erhard, undergraduate division winner of last year's concerto competition. Erhard, the son of CU professor of double bass Paul Erhard and now a graduate student at the Eastman School of Music in Rochester, N.Y.., plays Schumann's Cello Concerto. The orchestra pairs it with Dvorák's lyrical Eighth Symphony.

The spring slate will include graduate division concerto winner Sharon Park, who was the orchestra's concertmaster last year. On Feb. 9, she plays the Sibelius Violin Concerto. Lewis tentatively plans the Brahms Fourth Symphony as a companion piece. The program for the chamber orchestra on March 10 is undecided.

The year ends with a trip to Denver's Boettcher Hall on April 26 to perform with the Wind Symphony and Jazz Ensemble. Planned for this major event is Igor Stravinsky's epic "Rite of Spring."

Of course, there is also the appearance of the Indigo Girls with the orchestra on March 31, part of the CU Presents Artist Series. Lewis said student musicians need the skills for playing pops concerts, which professional orchestras do all the time with guest artists, who often bring their own rhythm sections, on very limited rehearsal time.

"We really want to prepare them for everything they may encounter in their careers," he said.

The conductor's career also is growing.

This season, he was named principal guest conductor for the Boulder Philharmonic. He conducts the pops program with Josh Ritter on Oct. 10, the holiday concert on Dec. 20-22 and, significantly, Lewis takes over the annual "Nutcracker" ballet, which sports a new production and sets, on Thanksgiving weekend, Nov. 27-29.

One of Lewis' associations will end, however: This is his last year with the Greater Boulder Youth Orchestras.

"Everything in my life is expanding, including my family," said Lewis, noting he and wife Kristen have two children under 2 at home. "I'm proud of the formation of GBYO and the work we've done with those young musicians, and I'll miss it."

This article originally appeared in The Daily Camera. Read the article. 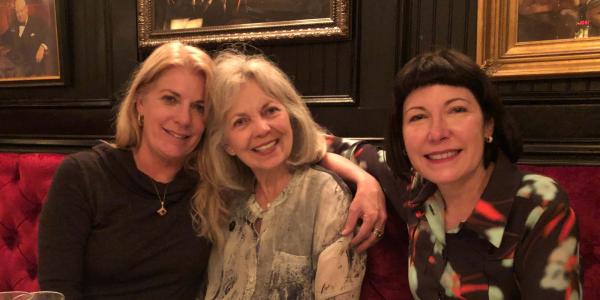 Mikhy Ritter, Becky Roser and Nancy Pierce see the new music building’s gender-neutral restroom as an important symbol of inclusivity and community at the College of Music. END_OF_DOCUMENT_TOKEN_TO_BE_REPLACED

While these are uncertain times and the future seems equally uncertain, COVID-19 has pushed us to leverage technologies in impactful ways that will surely outlast this pandemic – through distance learning, collaboration and performing, we’ve risen to the challenge. END_OF_DOCUMENT_TOKEN_TO_BE_REPLACED

College of Music Dean John Davis sits down with us to talk about what’s on the horizon as the college begins a new year with a new dean. END_OF_DOCUMENT_TOKEN_TO_BE_REPLACED
Return to the top of the page