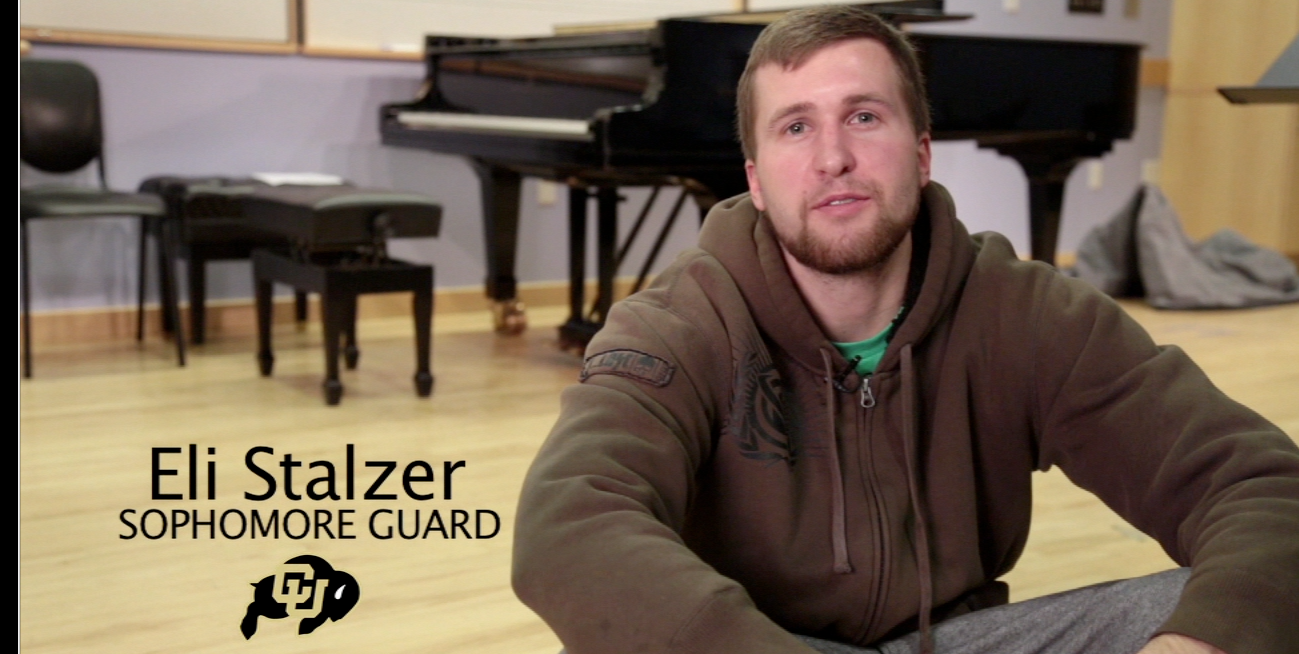 Under bright stage lights, before an audience of empty chairs, Eli Stalzer runs his fingers across the keys of a large, black piano. He’s come for an interview, not a rehearsal, but he can’t help himself: He’s been a piano player since age eight.

Stalzer’s clothes – gray Nikes and black sweatpants with a Buffs logo on his right hip – hint at his other life at CU, the other big reason, besides his music studies, that he came to CU Boulder: Basketball.

Stalzer joined the men’s basketball team as a freshman in 2012 and this season is averaging 6.5 minutes of action in the 15 games he’s played. Like any true competitor, he’d like to play more.

But his commitment to music leaves him at a disadvantage when it comes to basketball: Besides classes and homework, Stalzer rehearses piano eight to 10 hours a week, and there’s no way to work on your jump shot at a piano. It’s a compromise and he negotiates it as best he can. Lately he’s been trying to master Bach’s Prelude No. 2, Chopin’s Nocturnes, Beethoven’s Moonlight Sonata (first movement) and Claire de Lune by Claude DeBussy while squeezing in extra time in the weight room so he’ll be stronger on the court.

Collaborative pianist Susan Olenwine works together for the College of Music as a member of the alumni council and advisory board. END_OF_DOCUMENT_TOKEN_TO_BE_REPLACED

Board leaders are spearheading financial support for this college priority. END_OF_DOCUMENT_TOKEN_TO_BE_REPLACED
Return to the top of the page