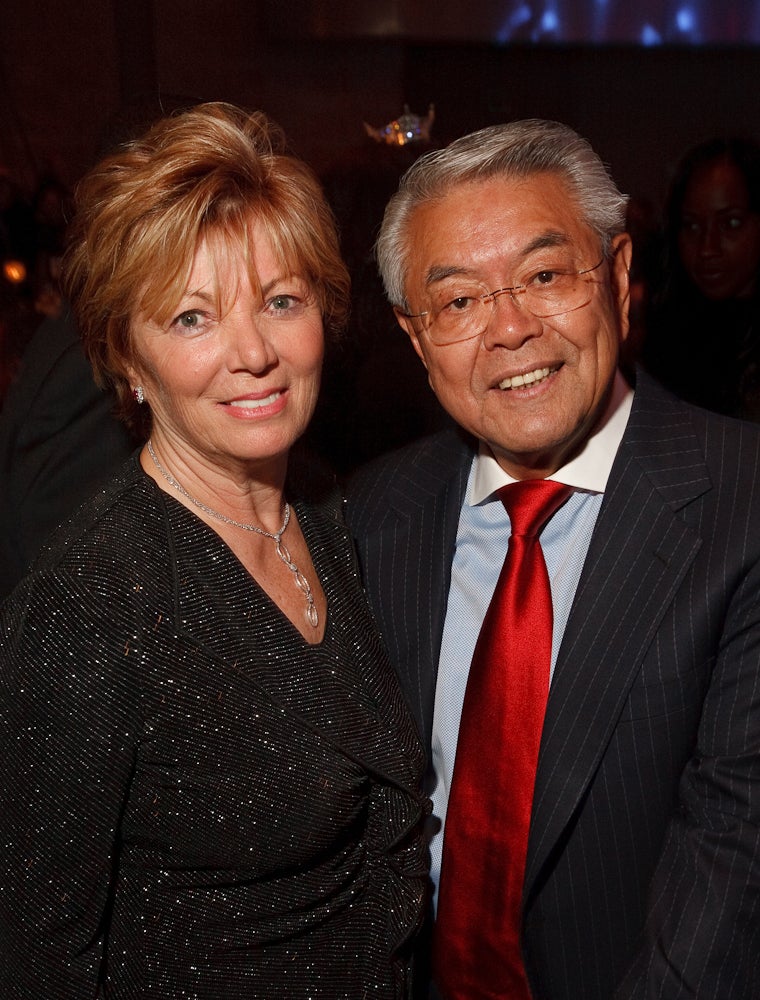 Some of the University of Colorado Boulder’s most promising musicians will receive scholarships thanks to Anna and John J. Sie, who have committed $2 million to establish the Daniel and Boyce Sher Distinguished Musicians Endowment.

Beginning in fall 2014, these Sher Distinguished Scholars (either undergraduate or graduate students) will be awarded full-ride scholarships to the College of Music based on their demonstrated exceptional ability and potential to excel at a national and international level.

The endowment honors a former dean and continuing faculty member whose efforts have transformed the college for the better over 20 years.

“Anna and I have greatly valued Dan and Boyce Sher’s leadership and friendship as they have led the CU-Boulder College of Music to its current stature as one of the nation’s top 25 music conservatories,” says John J. Sie, co-trustee of the Anna & John J. Sie Foundation. “We believe this endowment will continue the college’s ascent and is a well-deserved honor for Dan and Boyce.”

During Daniel Sher’s tenure as dean from 1993 through June of this year, the College of Music established the Entrepreneurship Center for Music (the nation’s first of its kind) and Thompson Jazz Studies Program, and added new graduate programs in music theory and collaborative piano. Sher’s own collaborative piano acumen was on frequent display with his wife, Boyce Reid Sher, as they played duo piano recitals in such prestigious venues as Lincoln Center’s Alice Tully Hall.

“Boyce and I are humbled by—and deeply grateful for—the support from community leaders and philanthropists such as Anna and John J. Sie,” Sher says. “I am confident this new endowment will have a major impact on our ability to recruit and retain outstanding musicians, from Colorado and around the world.”

The College of Music gift is only the latest generous commitment the Sie family has made to the University of Colorado. They are the founding donors of the Linda Crnic Institute for Down Syndrome at the Anschutz Medical Campus, the first medical and research institute with the mission to provide the best clinical care to people with Down syndrome, and the Anna & John J. Sie Center for Down Syndrome at Children’s Hospital Colorado, the Crnic Institute’s medical care center and the largest multidisciplinary team of medical professionals helping people with Down syndrome in the U.S.

John J. Sie is the founder and former chairman of Starz Entertainment, a leading integrated global media and entertainment company based in Englewood, and is considered the father of digital television. Anna M. Sie is involved in many Italian-related endeavors in Colorado, including endowing the Anna Maglione-Sie Chair in Italian Language and Culture at the University of Denver, and establishing the Maria and Tommaso Maglione Italian Filmmaker Award at the Starz Denver Film Festival.

About the Anna and John J. Sie Foundation

The Anna and John J. Sie Foundation supports the sharing of knowledge among peoples and cultures throughout the global community, with an emphasis on Down syndrome, international security and diplomacy, education, media, business and technology. The foundation is a supporter of the Anna and John J. Sie Center for Down Syndrome at Children’s Hospital Colorado, the Linda Crnic Institute for Down Syndrome on the Anschutz Medical Campus, the BioFrontiers Institute at the University of Colorado, the Sié Chéou-Kang Center for International Security and Diplomacy at the University of Denver’s Korbel School of International Studies, the Denver School of Science and Technology, the Denver Art Museum, the Denver Film Society, and numerous other civic, social and educational institutions.

While these are uncertain times and the future seems equally uncertain, COVID-19 has pushed us to leverage technologies in impactful ways that will surely outlast this pandemic – through distance learning, collaboration and performing, we’ve risen to the challenge. END_OF_DOCUMENT_TOKEN_TO_BE_REPLACED

College of Music Dean John Davis sits down with us to talk about what’s on the horizon as the college begins a new year with a new dean. END_OF_DOCUMENT_TOKEN_TO_BE_REPLACED

As we approach the final deadline to apply to the College of Music, student ambassador Isabel Goodwin has compiled a few of her favorite things about being a CU Boulder music student. END_OF_DOCUMENT_TOKEN_TO_BE_REPLACED
Return to the top of the page