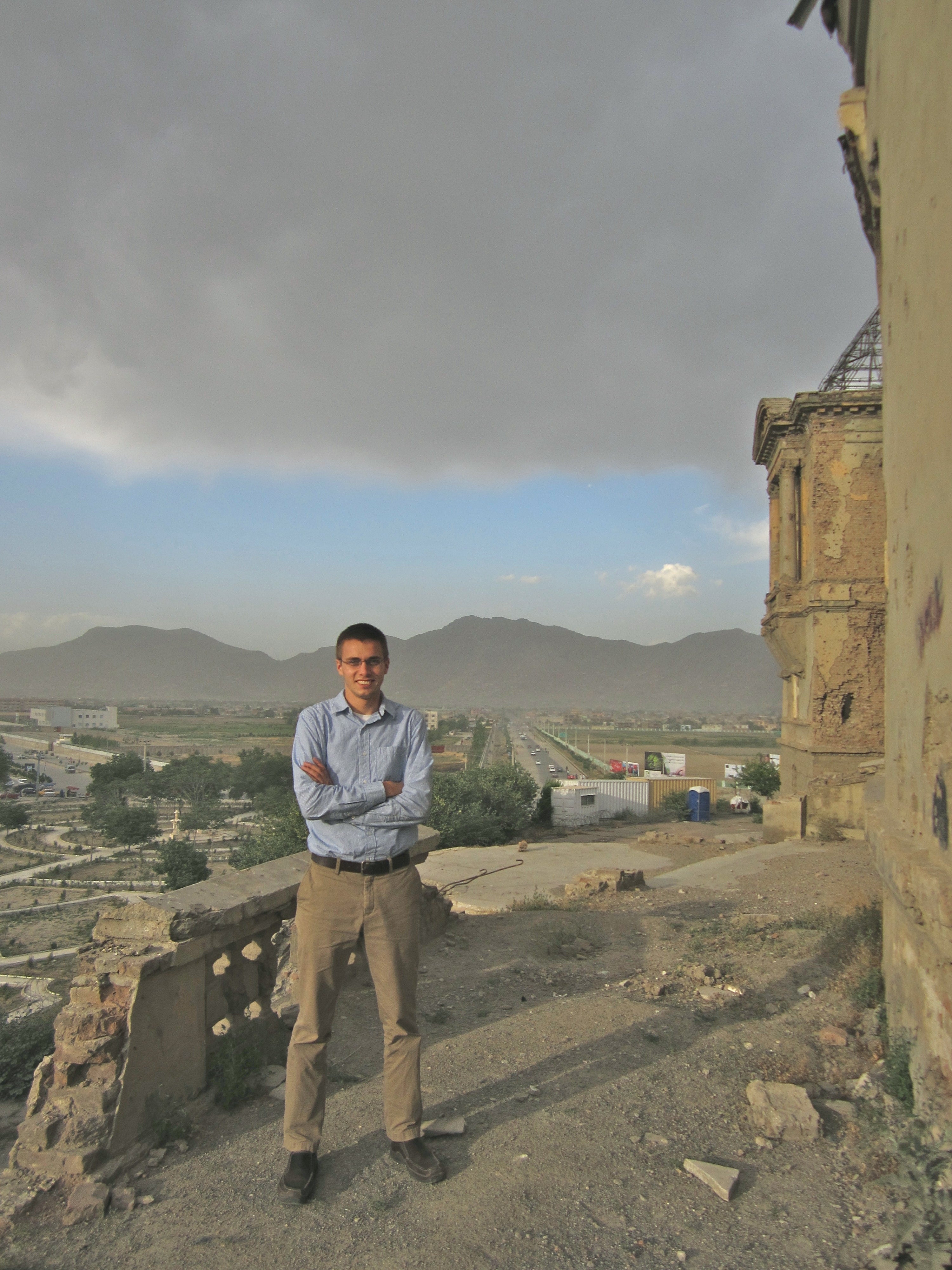 Little more than a decade before Joel Schut arrived for a two-month teaching project at the Afghanistan National Institute of Music in Kabul, music was banned in the war-torn central Asian nation.

From 1992 to 2001, the ruling Taliban prohibited the playing of music and actively destroyed thousands of instruments. An entire generation of Afghans was not allowed to take part in the act of creating music.

“It doesn’t mean that music wasn’t being played,” says Schut, 27, who graduated from the CU-Boulder College of Music in 2012 with a master’s degree in orchestral conducting. “It was just being done behind closed doors.”

In a nation that has been wracked by war, coups and invasion for the last 40 years — indeed, for millennia — the fact that there is a mixed-gender music academy for children in Kabul indicates how swiftly things can change. “It was a privilege to be a part of some good news in a country that too often needs it” says Schut who recently returned to the US. “While I went as an educator, I received a deep education through the stories, music, and lives of wonderful students and welcoming people.”

Schut traveled to Afghanistan this summer to fill in for William Harvey, who teaches viola and violin and conducts the Afghan Youth Orchestra, while he took a short sabbatical. The orchestra performs original arrangements that fuse Western and traditional Afghan music, playing everything from violins and piano to the sitar and rubab. “As a conductor, educator, and violinist, it was incredible to be a part of pedagogy and music in a different environment.”

Schut joined 2007 College of Music graduate and Colorado native Allegra Boggess, who teaches piano and oboe as a member of the faculty. (Boggess was traveling to South Korea with the school’s traditional music ensemble and institute founder Dr. Ahmad Sarmast and was unable to comment for this story.)

The Afghanistan National Institute of Music was founded by Dr. Ahmad Sarmast after the U.S. routed the Taliban from power in 2001. The son of a prominent national musician, Sarmast fled to Australia during this period and earned a degree in Ethnomusicology. Upon returning to Afghanistan he ensured that at least half the ANIM students come from the Afghan countryside in partnership with the AFCECO orphanage. "We want to use music as a source for social changes and a source for building bridges between Afghanistan and our friends outside of Afghanistan," Sarmast told Al Jazeera in January at the outset of a U.S. tour.

“ANIM is truly an incredible place doing amazing work in the lives of students” Schut says though there were constant reminders, both subtle and violent, of Afghanistan’s troubled political situation during his time in the country. On his first week on the job a car bomb exploded within hearing range of the school in an assassination attempt on the vice president. “This is never a normal experience for anyone. It affects students, staff, faculty, neighbors, natives, and expats all the same” he says.

“While music is so important in Afghanistan, unfortunately it is also controversial,” Schut says.

Given powerful conservative political forces in the country that view teaching music — not to mention mixed-gender schools — as just another Western attempt at influence, this spring’s election could have a lasting impact on the institute, which is under the national Department of Education

“While ANIM can be a point of national controversy, it is imperative that more people know about this important institution’s success to keep it financially and pedagogically supported as an important cultural landmark for the country, its children, and its future” Schut says.

While there are many challenges, Schut feels optimistic, knowing the school is blossoming with the aid of strong leadership, faculty, national demographics and technology. Youths 14 or younger make up 42 percent of the population, while half Afghanistan’s adults are younger than 30, according to the U.N. Population Division.

“This younger generation is inherently different. It’s used to cell phones, the Internet, and YouTube. They just know more about the world around them,” Schut says. “And what really struck me is that students are the same everywhere. The same things get them excited and motivated through the relationships you build with them."

Assistant Professor of Composition Annika Socolofsky blends the realms of art and science through the Instrument Design Lab (IDL). The course offers a science-based context to instrumentation, sound and musical creation, giving College of Music students a foundation in the science of music. END_OF_DOCUMENT_TOKEN_TO_BE_REPLACED

It was a busy fall for the American Music Research Center (AMRC)! One of the... END_OF_DOCUMENT_TOKEN_TO_BE_REPLACED

Friends, My heart is heavy. Associate Professor of Violin Charles (Chas) Wetherbee passed away on... END_OF_DOCUMENT_TOKEN_TO_BE_REPLACED
Return to the top of the page