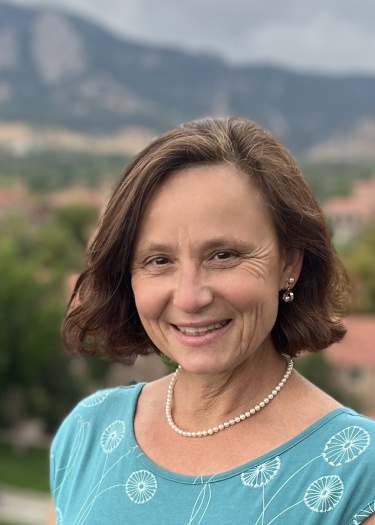 Distinguished Professor Zoya Popovic received the Dipl.Ing. degree from the University of Belgrade, Serbia, Yugoslavia, in 1985, and the PhD degree from the California Institute of Technology, Pasadena, in 1990. Since 1990, she has been with the University of Colorado Boulder, where she is currently a Distinguished Professor and holds the Lockheed Martin Endowed Chair in RF Engineering in the Department of Electrical, Computer and Energy Engineering. In 2001, she was a visiting professor with the Technical University of Munich, Munich, Germany. Since 1991, she has graduated more than 50 PhD students.

Her research interests include high-efficiency, low-noise, and broadband microwave and millimeter-wave circuits, quasi-optical millimeter-wave techniques for imaging, smart and multibeam antenna arrays, intelligent RF front ends, and wireless powering for batteryless sensors. Popovic was the recipient of the 1993 and 2006 Microwave Prizes presented by the IEEE Microwave Theory and Techniques Society (IEEE MTT-S) for the best journal papers, and received the 1996 URSI IssacKoga Gold Medal. In 1997, Eta Kappa Nu students chose her as a Professor of the Year. She was the recipient of a 2000 Humboldt Research Award for Senior U.S. Scientists from the German Alexander von Humboldt Stiftung. She was elected a Foreign Member of the Serbian Academy of Sciences and Arts in 2006. She was also the recipient of the 2001 Hewlett-Packard(HP)/American Society for Engineering Education(ASEE) Terman Medal for combined teaching and research excellence.