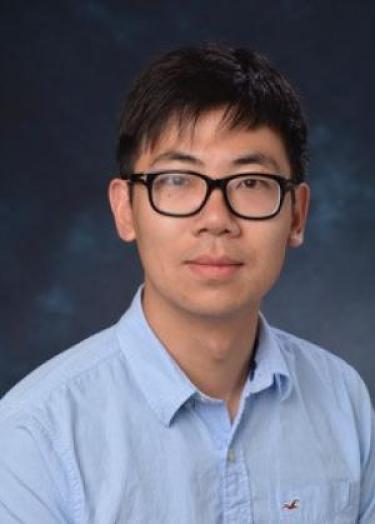 Before coming to CU Boulder in 2016, Chen was a postdoctoral researcher in the Coordinated Science Lab at the University of Illinois at Urbana-Champaign. He earned his PhD in electrical engineering from Harvard University and his BS, in electronic engineering, from Tsinghua University in Beijing.

Multi-agent systems (MAS) are ubiquitous in nature and science, from flocks of birds and neurons in the brain, to social networks and quantum spin systems. That makes the question of how to control these natural or manmade systems a popular problem for engineers.

Assistant Professor Xudong Chen wants to develop a new framework for controlling large MAS that will make these networks more resilient and scalable.

In his research proposal, Chen explained that existing approaches to controlling multi-agent systems rely on forming one big network, wherein the controller steers a few leading agents, with the rest of the agents sensing what the leader is doing and playing follow-the-leader. But as those networks get bigger, they also get more fragile and unwieldly.

“The idea is, in fact, simple: Instead of controlling a large complex network, we steer a population of small ones,” Chen said.

In his proposed framework, agents of a MAS form independent networks of relatively small size.

To establish the framework, his team will have to integrate ensemble control theory and networked control theory in an approach they’re calling “ensemble control of network motifs.” Chen said the focus on infinite ensembles of networked control systems makes the approach adaptable to various problems, including unmanned aerial systems, micro-robotic systems, quantum systems and biological networks.

Chen said he also looks forward to incorporating this approach into courses for both graduate and undergraduate students.

“This is an opportunity to integrate interdisciplinary research aspects (mathematics, systems and controls, and computer science) into the undergraduate curriculum at an early stage,” he said. “I plan to make a dedicated effort to engage students from various departments at CU Boulder.”