Thariq Shanavas is a fourth-year physics PhD student who works in the Gopinath Lab in electrical, computer and energy engineering. He was recently first author on a paper in the journal APL Photonics that reported the first observation of cascaded forward stimulated Brillouin scattering in a microresonator platform.

We asked Shanavas to share some more on this new laser technique, as well as his experiences as a graduate student at CU Boulder.

Can you tell us a little about this paper and its impact?

Among other cool stuff, our group is interested in building lasers in the infrared region, which is light with wavelength between 800 nanometers and 20,000 nanometers. The infrared region is often called the “chemical fingerprint” region because many chemicals absorb light at very specific wavelengths in this range.

For example, water absorbs light at 2662 nm, 2734 nm, and 6269 nm. So if the light from a distant star bounces off a planet and the reflected light is missing these wavelengths, it is likely that there is water in the planet’s atmosphere! Similarly, we could shine a laser through an unknown chemical sample and deduce its composition by looking at the wavelengths of the light that is absorbed. This technique is called spectroscopy and is widely used to identify and characterize chemicals.

For many applications of lasers, including spectroscopy, we require that the laser emit light at a very specific wavelength, with minimal spread around the target wavelength. This “spread” is called the linewidth of a laser and is one of the parameters that characterize the quality of a laser.

One way to reduce this spread is to bounce light off of phonons in a material. Without going into too much detail, phonons are the quanta of mechanical vibrations the same way photons are the quanta of light. This process is called Brillouin scattering. Our work demonstrates a new way to enhance this process in an extremely compact volume that is less than a hundredth of an inch across. We have achieved this by using an optical “resonator” in the shape of a microscopic sphere, which allows the light to circulate along its edge and build up in a closed path.

While we demonstrated a laser that emits light at wavelength 1550 nm, our technique can be used to make a laser at higher wavelengths too! Besides the uses in spectroscopy we talked about earlier, we expect our work to advance the field of integrated photonics, such as sensors-on-a-chip for measuring the concentration of ammonia in the atmosphere. In our paper, we also highlight some ways our research could be used to make/improve electronic frequency synthesizers, which are used in modern devices like radio receivers and GPS systems.

What is the next step for this research project?

Our demonstration was the first of its kind. Therefore, we used the simplest design of a “resonator” that allowed us to demonstrate the type of Brillouin scattering we were interested in – a sphere resonator. For future work, we plan on using our in-house designed microscopic wedge resonators with configurable angles, diameters, and thicknesses. We believe it would improve the brightness of our laser by at least 100 times, unlocking more new and exciting applications!

What’s your favorite part about the research you do and/or the lab you work in?

I like the collaborative nature of our work! Over the course of this project, I got to work with material scientists, physicists, and electrical engineers and drew inspiration from their unique expertise.

I also found the open-ended nature of our research very exciting. When I started this work, I had a very different vision for what the end product would look like. But along the way, I ran into several limitations of what is allowed by the laws of nature. My expectations and vision evolved with my understanding of laser physics, until almost we were done with the final product. 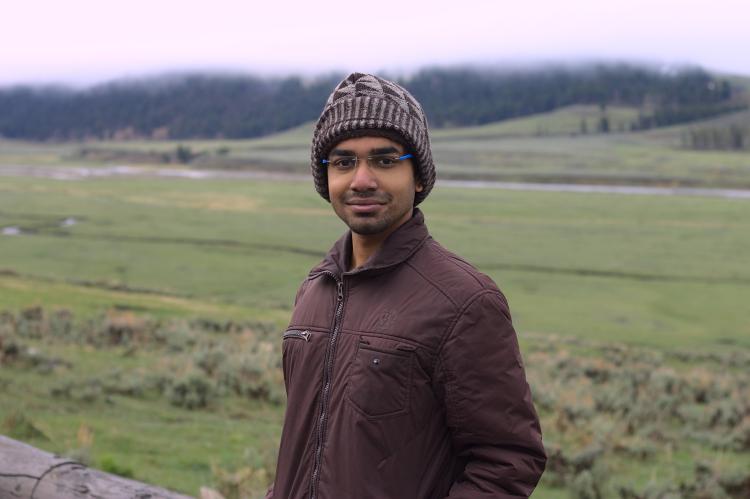 How did you decide on CU Boulder for your PhD studies?

Boulder is a great place to learn optics! Before accepting my grad school offer, I shortlisted all the faculty I would like to work with from each school I was considering. I talked to most of the professors on my list and decided CU was the place I wanted to be.

What advice would you give to someone who is considering doing graduate studies in electrical or computer engineering?

After having worked with metamaterials, control systems, particle accelerators, machine learning, and finally photonics, I’ve found that day-to-day life as an undergrad research assistant or graduate student is fairly alike in any field I’ve worked in. I find cutting-edge research fun and exciting, but beyond that, I’ve worked the same hours and done similar things outside the lab wherever I was.

The biggest factor affecting my happiness and quality of life was, a bit surprisingly, whom I worked with rather than what I worked on. Hence, I think my advice to someone considering graduate studies would be to keep their mind open to research areas they haven’t considered before, if they find an advisor they think would be personality-wise a good fit but works in a somewhat different field. Research skills are extremely transferable within STEM!

When you’re not working in the lab, what do you like to do?

Boulder is a fantastic place to live! I enjoy biking, bird-watching, building automated knick knacks using arduinos and Raspberry Pis, and photographing and documenting the diverse wildlife in the Boulder open spaces. When it gets chilly outside, I hang out with the cat, read books, bake and play video games. 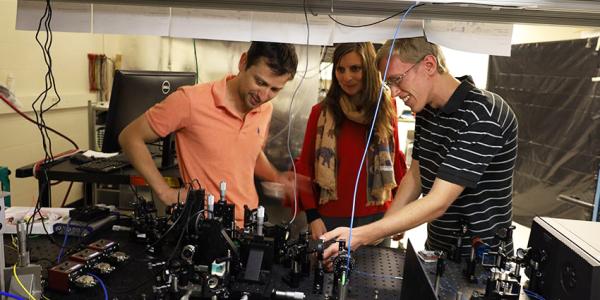 Research into quantum engineering may provide a number of significant advancements in sensor technology, but optical loss and signal noise have – until recently – held these applications back. END_OF_DOCUMENT_TOKEN_TO_BE_REPLACED 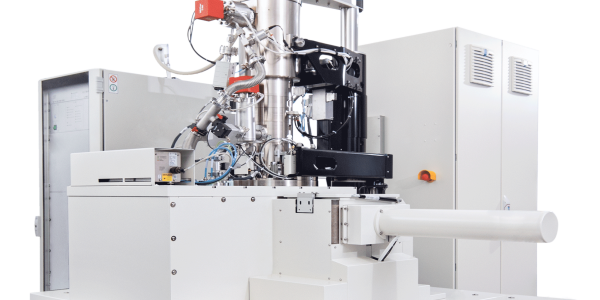 A state-of-the-art instrument coming soon to CU Boulder will improve research around quantum engineering and may eventually prove to be a game-changer for interdisciplinary materials and device research in the Rocky Mountain region. END_OF_DOCUMENT_TOKEN_TO_BE_REPLACED