Chen recognized as national leader in field of automatic control 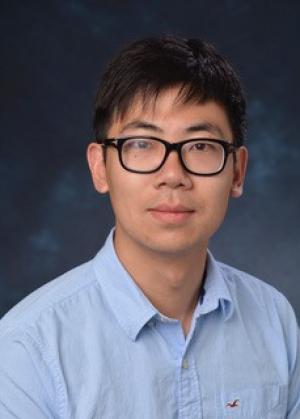 Assistant Professor Xudong Chen has been recognized with the Donald P. Eckman Award, one of the most prestigious honors in the engineering discipline-spanning field of automatic control.

Chen said he feels fortunate to get to pursue his research interests in the mathematical frameworks of ensemble control, which has applications in quantum spin systems, biological systems, unmanned aerial vehicles and robotics.

“Ensemble control is an emerging research area and is still under active development,” he said. “I look forward to making more contributions to the area and to establishing various collaborations with my colleagues on relevant topics.”

Chen was also one of three ECEE faculty members to receive an National Science Foundation CAREER Award for 2021 – one of the NSF’s highest honors for young faculty members.

“Professor Chen’s research, which focuses on rigorous mathematical modeling and control system theory, has the potential for substantial impact on the performance of large, complex, networked systems,” said Chris Myers, chair of the Department of Electrical, Computer and Energy Engineering. “We’re very lucky to have him as part of our research and teaching community.”

Chen earned his BS in electronic engineering from Tsinghua University in Beijing and his PhD in electrical engineering from Harvard University. In addition to the Eckman and CAREER awards, he is also an awardee of the 2020 Air Force Young Investigator Program. His current research interests are in the areas of control theory, stochastic processes, optimization and game theory and their applications in modeling, analysis, control and estimation of large-scale complex systems.