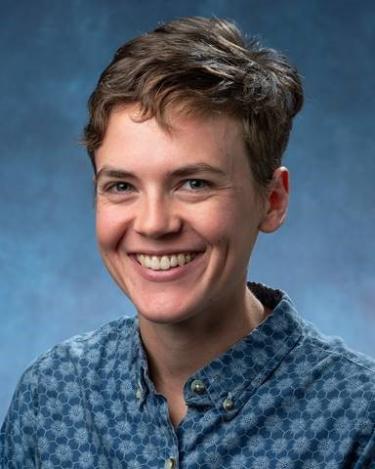 Kate Doubleday was wrapping up an undergraduate degree in biology when some environmental studies courses sparked her interest in combatting climate change.

“I decided I wanted to look into career options that might help with systemic change in carbon emissions,” she said. “I thought engineering would be a good fit.”

So after some time off, she dove back into school, this time chipping away at some engineering prerequisites before embarking on her master’s at CU Boulder.

Now, Doubleday is a year away from completing her PhD in power systems engineering, focusing on how to integrate renewable energy into existing power grids.

To help make that final year easier, she has received a Scholar Award given by the International Chapter of the PEO Sisterhood, a philanthropic organization focused on promoting educational opportunities for women. Scholar Awards provide up to $15,000 to doctoral students who have made significant contributions to their field and proven themselves as leaders.

As she was finishing her master’s, Doubleday took a class in renewable energy and the future power grid with Associate Professor Bri-Mathias Hodge and realized it was exactly what she wanted to pursue for her PhD research. After a summer internship at the National Renewable Energy Laboratory, where Hodge also serves as chief scientist in the Power Systems Engineering Center, she stayed to complete her dissertation through an NREL-funded project.

“Because they are mandated to always provide reliable electricity to their customers, they tend to have a more conservative mindset,” she said. “With the large-scale changes to their generation sources that are going on, they tend to err on the side of too conservative, which has high cost impacts and doesn’t take full advantage of carbon-free electricity.”

She explained that utilities often have a lot of backup generation going on just in case things go wrong, which is wasteful.

“The hope is with better forecasts, we can reduce that amount of excessive margin but still be able to provide reliable electricity,” Doubleday said.

Doubleday is also a leader at NREL, where she helped to start a group for LGBTQ+ employees that has quickly grown to more than 60 members. The group has contributed to initiatives like a pride fundraiser and supporting re-designation of all-gender bathrooms.

In his nomination letter for the PEO Scholar Award, Hodge called Doubleday one of the best graduate students he’s worked with in his career.

“Kate has a phenomenal ability to quickly learn new areas and make outstanding research contributions in a short time,” he said. “Since she spends time at NREL and is exposed to a number of disparate research areas, I have managers at the lab asking me on practically a weekly basis when she will graduate, so that they can hire her into their groups in a full-time role.”

Shedding light on a moving target

Sending a doughnut-shaped beam through optical fiber may hold the key to better brain imaging. END_OF_DOCUMENT_TOKEN_TO_BE_REPLACED 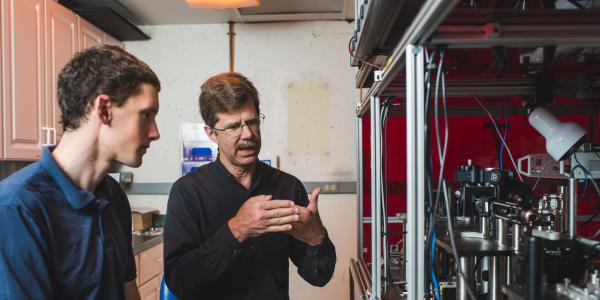 Two faculty members in electrical, computer and energy engineering have won grants from the U.S. Department of Education to train students with the skills needed to design high-tech materials, and the ability to teach those skills to others. END_OF_DOCUMENT_TOKEN_TO_BE_REPLACED