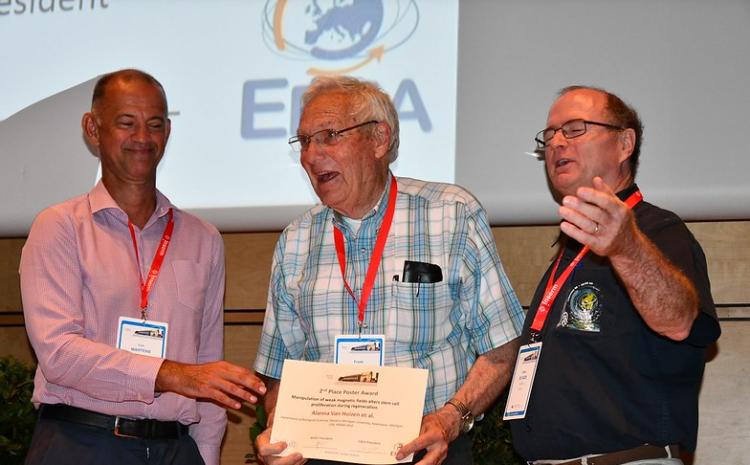 Distinguished Professor Emeritus Frank Barnes was honored this week for having the most influential paper of the last five years in the journal Bioelectromagnetics.

The 2015 paper, titled The Effects of Weak Magnetic Fields on Radical Pairs, addresses how application of magnetic fields can affect biological processes by changing the concentration of radical molecules.

Barnes and Greenebaum, a professor emeritus at the University of Wisconsin Parkside, were recognized at BIOEM 2019, the “premier international conference in the area of bioelectromagnetics”

Barnes’ research group at CU Boulder has shown that they can change the growth rates of cancers by changing the magnetic fields. Their work is of interest to those worried about the safety of cell phones and living near power lines.

Barnes joined the University of Colorado in 1959, and was appointed a Distinguished Professor in 1997. He was elected to the National Academy of Engineering in 2001 and received the Gordon Prize 2004 for innovations in Engineering Education from the National Academy. He is a fellow of IEEE, AAAS, and served as vice president of IEEE for publication, chairman of the Electron Device Society, president of the Bioelectromagnetics Society, and as U.S. chair of Commission K-International Union of Radio Sciences (URSI).