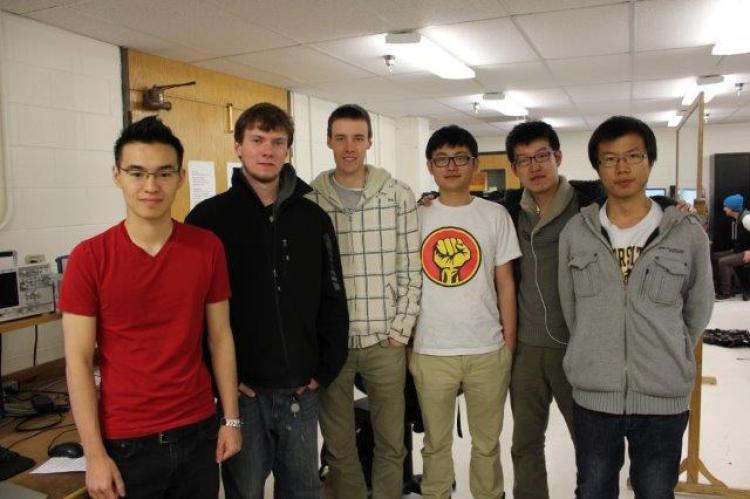 For our Capstone design project, we will be working with the Space Grant Consortium on the PolarCube satellite project. This is a 3U CubeSat satellite that uses an existing bus design and a passive microwave radiometer to take temperature measurements for use in weather prediction and climate modeling. The raw data that is collected can also be used for detecting features such as sea ice fraction and snow coverage. In addition to designing a system that can collect this data, another main goal of the project is to implement the satellite in a way that can be used as a model for the development of a new generation of weather satellites. Current orbiting microwave sensors are large and expensive, and the PolarCube will be a prototype in the way it improves upon these characteristics. The PolarCube is small, inexpensive, and consumes a very low amount of power while still maintaining a high spatial resolutions and accurate measurements.

The satellite will provide atmosphere temperature profile measurements related to sea ice, or ice-free ocean detection and mapping. To measure the temperature at different altitudes, the satellite will detect the radiation due to the oscillation of the oxygen molecules in the atmosphere. To detect the temperature at different altitudes, the satellite observes the energy at 118.7503 GHz (the center frequency of oscillation) as well as channels slightly above and below that frequency which correspond to different elevations. The satellite will scan in two main modes: cross-track scanning (the default mode), and along-track scanning. For cross-track scanning the spacecraft rotation vector is parallel to its velocity. For along-track scanning, the rotation vector is horizontal and orthogonal to its velocity. The along-track scanning mode allows for more detailed elevation measurements when the environment is relatively homogeneous. After data is obtained from the satellite, data analysis by statistical inversion will be done to determine the atmosphere vertical temperature structure coincident with sea ice fraction. The merit in this project is that this is the first observation of the 118.7503 GHz O2 resonance from space. On a global basis, the project will advance microwave spectroscopy and extend what has been observed on atmospheric resolution to global scales. It aims to improve spatial resolution of microwave temperature in space borne sounding sensor by a factor over 3.

The major electronic components on the satellite that we will be designing and implementing are the microwave receiver, antenna for ground communication, and a microcontroller for framing and sending of data. The goal is to shrink a previous satellite bus to make a cheaper, lighter, and smaller satellite for measuring temperature at various atmospheric levels. These various levels will be detected using 8 channels centered around 118.7503 GHz, the resonant frequency of O2. The team working on the project is comprised of a number of different disciplines, including aerospace, mechanical, electrical, and computer engineering, as well as computer science. The particular tasks which our capstone team aims to complete relate specifically to instrumentation on the satellite, namely the radiometry. Technical challenges that we expect to face include: implementing various filters to constrain received signals to the appropriate spectra of interest, writing low-level software to interface with the architecture of satellite communication systems to downlink data, and tasks related to the calibration of the radiometry in the satellite based on scanning mode and orientation. We will also deal with physical size constraints and challenges introduced by the act of orbiting such as radiation and extreme temperatures.