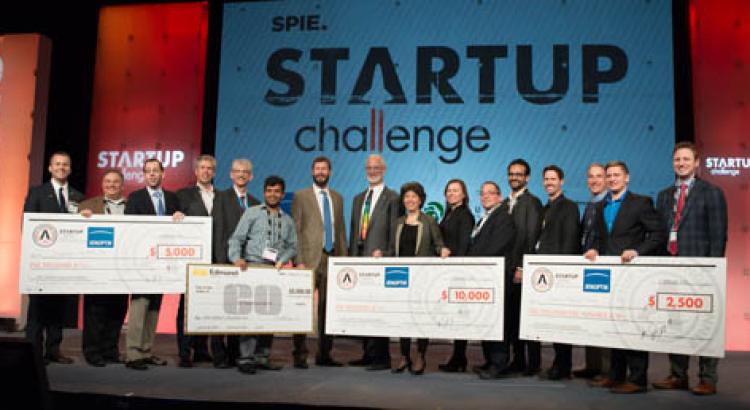 Double Helix, a startup company co-founded by Professor Rafael Piestun that specializes in 3D nano-scale imaging, has been turning a lot of heads in the optics and photonics industry lately.

In February, the company won first place in the 2016 SPIE Startup Challenge, which invited new entrepreneurs to pitch their ideas to business experts and venture capitalists during the Photonics West conference. Double Helix took home a $10,000 cash award and $5,000 in products from Edmund Optics.

Double Helix “won over a group of expert judges with a system that can provide unprecedented imaging detail at the nanoscale level to speed the drug development process,” SPIE said in a news release. “The Double Helix system has the potential to reduce the time involved in bringing targeted therapies to market. It provides early verification and validation of the efficacy of drug therapy mechanisms in action.”

In April, Piestun and his team will find out if they took the top prize in The Optical Society’s Enabled by Optics Contest, which selected Double Helix as one of the three finalists being judged on their “impact to society, the uniqueness of the technology and the creativity of the entry.”

“Being selected as winner of the SPIE Startup Challenge and as OSA finalist from amongst some amazing optics innovations is a source of great pride to our team,” Double Helix co-founder and CEO Leslie Kimerling said. “We are honored by the recognition.”