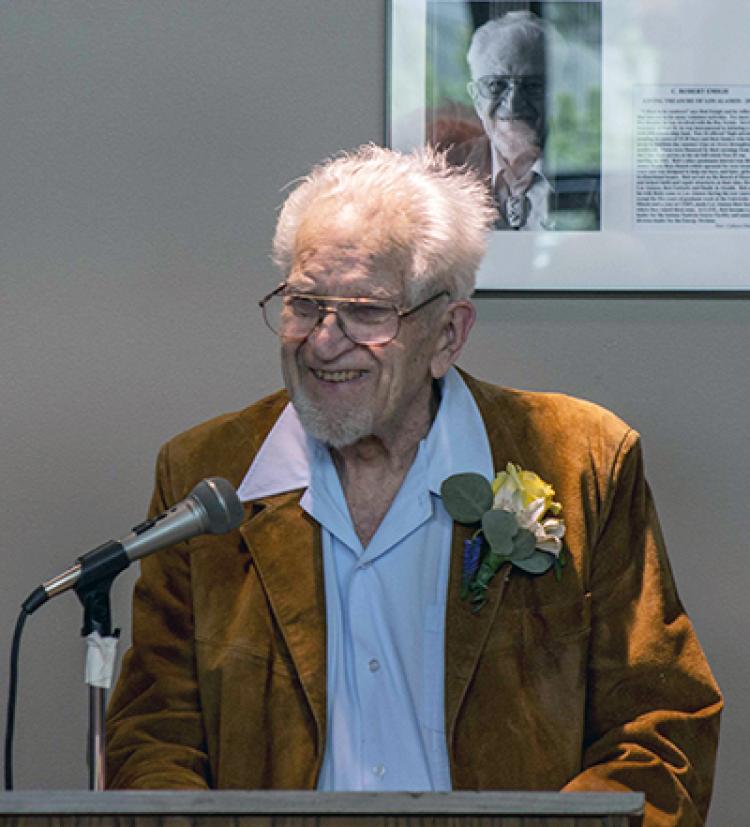 In 1942, Robert Emigh was set to graduate with honors in electrical engineering from CU-Boulder when he and others from his class were excused from their final trimester as the United States entered World War II.

As an ensign in the Navy, he attended a special school to study airborne radar systems. In 1945, his engineering degree and skills soon brought him to the attention of his superiors, who commandeered him for a special project - he was ordered to report to Los Alamos National Laboratory for the Manhattan Project.

"There I designed telemetering equipment to relate what was happening to a receiver in the support planes as a bomb fell," he said via email. "I spent half of my time at Wendover Field in Utah (an Air Force B29 base) testing my system with the pilots that were training to fly specially designed planes."

In 1946, Emigh and his wife, Betty, left Los Alamos for Illinois, where he got a graduate degree in physics from the University of Illinois, Urbana. In 1951, after spending a year at CERN in Geneva, he returned to Los Alamos permanently, helping to build the injector complex at the Los Alamos Meson Physics Facility, becoming a group leader for the Intense Neutron Source Facility and later an associate division leader for the energy division.

In addition to his contributions at the lab, Emigh also became an integral member of the Los Almos community. On April 12, 2015, he was honored as a Los Alamos Living Treasure by a group of community members that seeks to "pay tribute to elders whose community activities over the years have made a true difference in the quality of life for its residents." Emigh was honored for five decades of service to the Boy Scouts of America Post 20 in Los Alamos, as well as a longtime commitment to Jemez House Boys Ranch.

Emigh, a Denver native, credits a friend's father with encouraging him to become the first in his family to pursue higher education.

"As a student of South High School in Denver, my best studies were in math and the sciences," he said. "It was a natural progression for me to continue in electrical engineering."

Emigh added that his time at CU-Boulder was "the prime feature" in his ability to design the advanced engineering systems he was involved in throughout his career, and he has fond memories of campus life as well.

"At that time there was a monumental rivalry between CU and CSU," he said. "Prior to a football game, the Aggies came over to our campus and painted my car with 'Aggie' in red paint. I wanted to get even, but never did!"