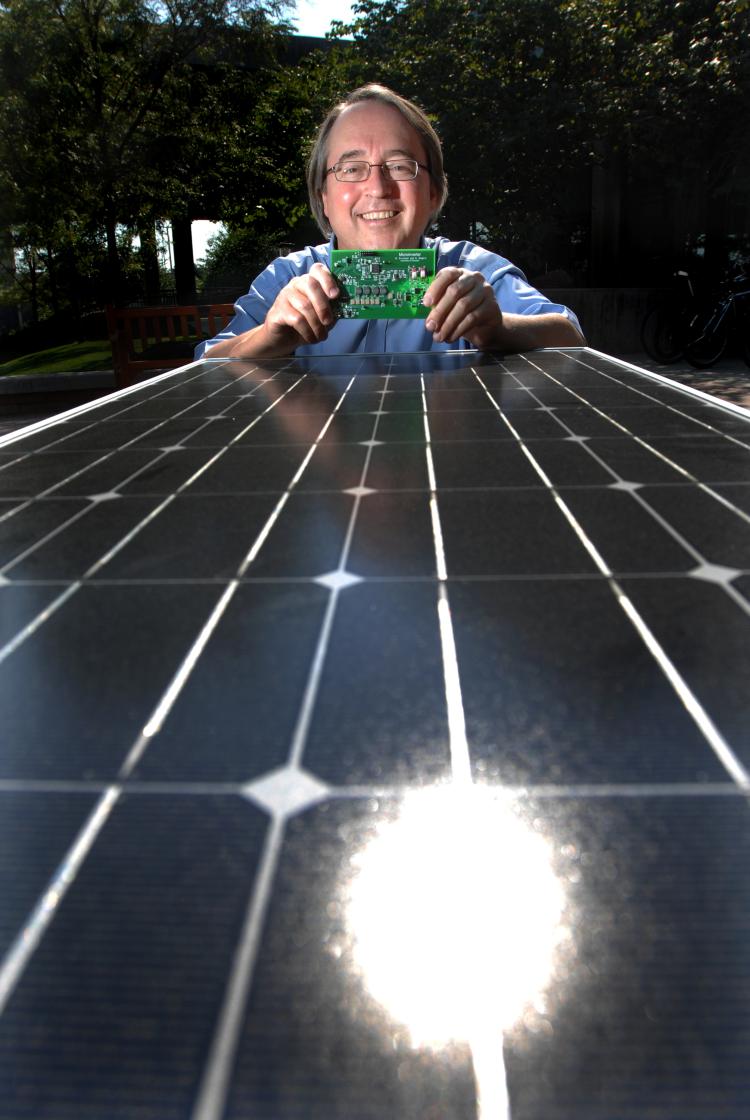 Professor Robert Erickson has been named CU-Boulder Inventor of the Year by the University of Colorado Technology Transfer Office. The award recognizes a researcher who "best represents both the spirit of innovation at CU-Boulder and best practices in commercialization of university technologies."

Erickson's work focuses on making use of new technologies to improve power management and energy utilization in a wide range of electronic systems including battery-powered mobile electronics, high-frequency switching power supplies and renewable-energy systems. His inventions continue to attract sustaining members to the Colorado Power Electronics Center (CoPEC), and one of his inventions, a low-profile micro inverter, has been engineered into a solar roof shingle.

Erickson holds eight patents, and took an entrepreneurial leave from the university in 2011 to serve as chief technology officer for Phobos Energy, a company he co-founded.

Currently, Erickson is serving as principal investigator on a two-year, $2 million grant from the U.S. Department of Energy (DOE) to develop a new composite power conversion approach for electric vehicles. He and professors Khurram Afridi, Dragan Maksimovic, Dan Seltzer and Ronggui Yang also received a grant to compete in the Google/IEEE Little Box Challenge. The contest's goal is to dramatically change the technology of solar power inverters, creating one that is at least 10 times smaller than the current picnic cooler-sized inverters commonly used in photovoltaic solar power systems and other green energy applications.