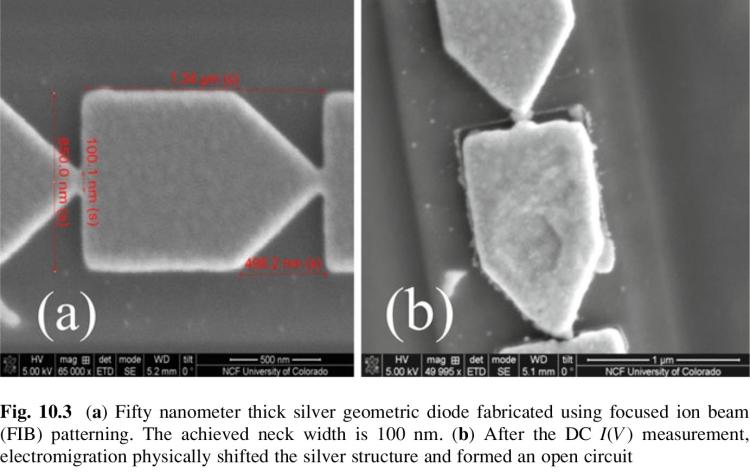 The idea for Garret Moddel's most recent patent - his 30th - has been in the works for nearly as many years.

Moddel, professor in the Department of Electrical, Computer and Energy Engineering at CU-Boulder, was issued a patent in August for geometric diode, applications and method, a technology that lays the foundation for high-efficiency, low-cost photovoltaic cells.

"Before CU, I was at a Silicon Valley solar startup where we were making the usual semiconductor solar cells," Moddel said. "But I had this question in my head â€“ couldn't we make it out of something simpler?"

He came up with a few concepts at the time, but didn't pursue them until years later, when he jumped at the chance to develop his ideas further at CU-Boulder.

He explained that the problem with conventional solar cells is they can only convert about 35% of the light they collect into electrical power. Limitations on semiconductors mean that certain parts of the light spectrum, like infrared, aren't utilized, and other parts are wasted.

Antenna-coupled diode (rectenna) solar cells, which pick up light like a radio wave, help to solve that problem. But the diode that converts AC to DC still presents a challenge for maximizing the efficiency of the cell and making it cost-effective to manufacture.

"The diode has to operate at extremely high frequency - that's the hard part, and that's what my lab works on," Moddel said.

His geometric diode consists of a thin, arrowhead-shaped graphene film not much longer than an electron's mean-free path length, which allows charge carriers to move more easily to the left than to the right. The flat surface avoids a capacitance/resistance tradeoff that has prevented other diode implementations from being adopted.

The next step in Moddel's work will be to refine the materials and structure of the geometric diode. "We're now trying to make it practical to produce," he said.