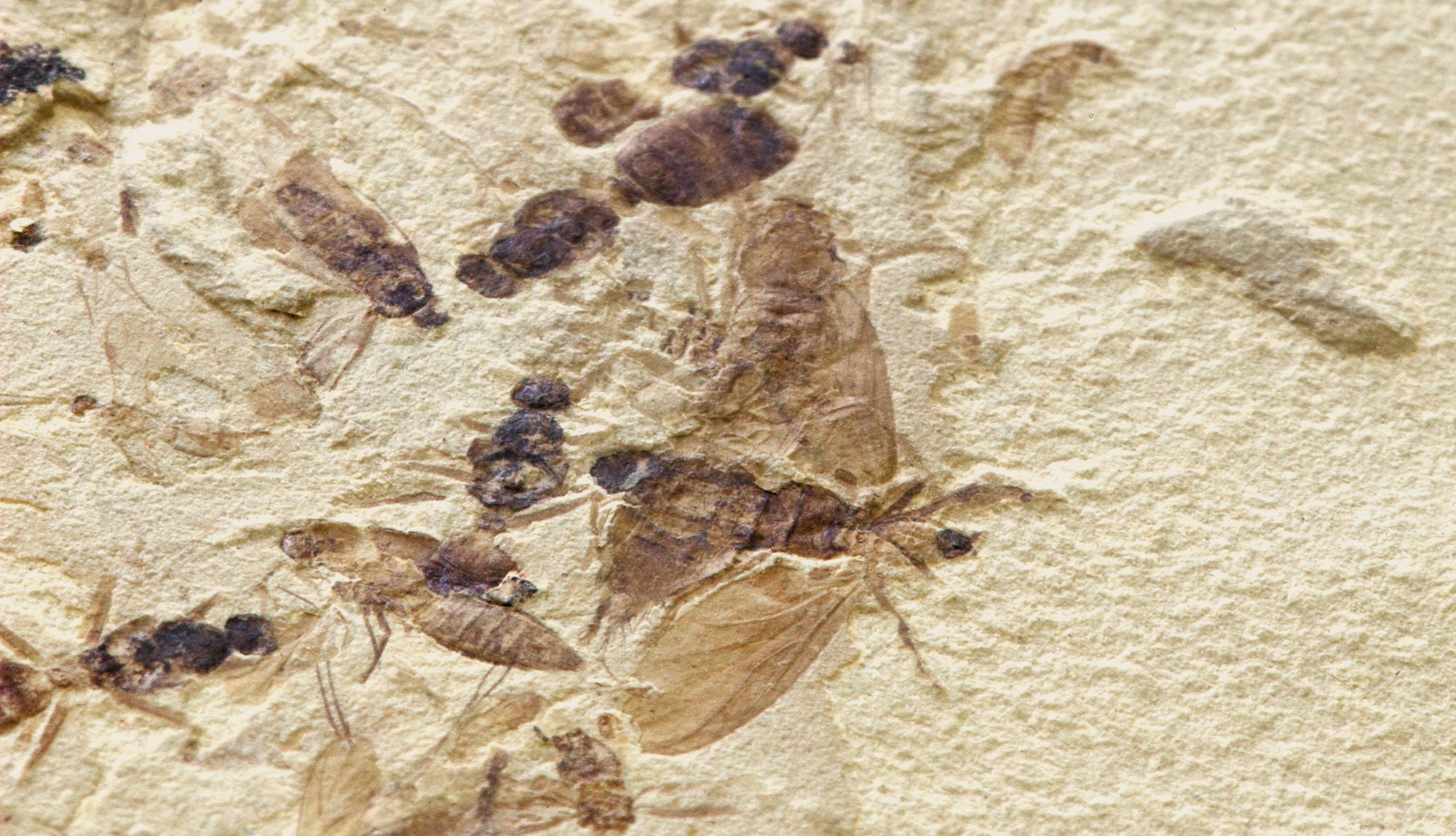 We are among the few museums to have sizeable and historically important fossil terrestrial arthropod collections, including over 300 insect and spider holotypes. We now have over 100,000 insect and spider compression fossils from Creede, Florissant, Green River, Latah, and Pitch Pinnacle Formations as well as Cockerell's fossil insect collections from Argentina and Siberia. Cockerell, Lanham, and Rohwer collected much of the fossil insect material in the early 1900s, and new material is now being collected and accessioned into our holdings from the Green River Formation of Colorado. The latter collections are largely due to our collaborations with Museum Associate, Mr. David Kohls.  We also possess a large collection of over 3,400 fossil insects and spiders preserved in copal and amber from Madagascar, Colombia, and the Baltics.

In addition to our focus on terrestrial arthropods, we also have a collection of Mesozoic and Cenozoic invertebrate fossils from the Rocky Mountain Region that is one of the most extensive in the country. In total, we have approximately 280,000 marine invertebrate specimens, including 316 holotypes. Notable marine invertebrate material in our collections includes Dr. Eicher's foraminifera assemblages from the Cretaceous interior of North America. Not only have important holotypes been identified from this material, these foram assemblages have also been important in reconstructing the flow of water in the interior seaway (Eicher 1977; Hay et al. 1993). We also have an excellent collection of Mesozoic bivalve and cephalopod mollusks (Collom 1992 and 1998) and the most complete collection of Tertiary non-marine mollusks from the Rocky Mountain Region (Detman, D.L. 1994; Evanoff et al. 1998).