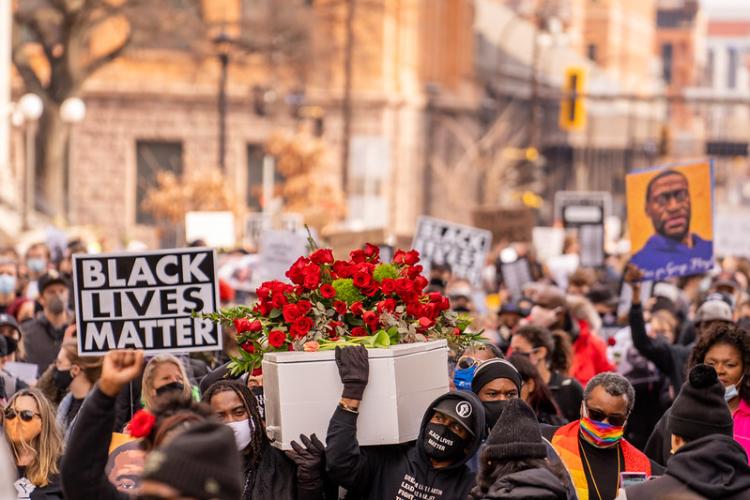 Protestors march in Minneapolis at the start of the Derek Chauvin trial. (Credit: CC photo by Chad Davis via Flickr)

This week, the trial of Derek Chauvin, a former Minneapolis police officer accused of murdering George Floyd, continues in Minnesota. Experts from the University of Colorado Boulder are available to discuss the trial and its relevance to racial bias in the judicial system and policing in the United States.

Aya Gruber, professor of law, is a frequent public speaker on criminal justice issues. Her article “Murder, Minority Victims, and Mercy,” published in 2014 following the 2012 George Zimmerman trial, dissected the history of devaluing the murders of individuals from communities of color and women. She can speak to racial bias in the judicial system and the effect the trial’s outcome may have on making progress toward a more equal justice system.

Hillary Potter, associate professor of ethnic studies, studies the intersections of race, gender, and class as they relate to crime and violence. She can speak about how Black people view policing in the United States, the behavior of witnesses during the trial, the retraumatization of witnesses in criminal trials and potential responses by Black communities and activists across the country to the verdict of the trial.

Reiland Rabaka, professor in the department of ethnic studies, can speak about the trial and its relationship to historical racial violence against African Americans, including lynching, the racial criminalization of Black people, especially Black men, and anti-Blackness and policing.

Sandra Ristovska, assistant professor of media studies in the College of Media, Communication and Information (CMCI), can discuss the increasing role that smartphone and bodycam videos are playing in court and in exposing human rights violations. Ristovska is the author of Seeing Human Rights: Video activism as a proxy profession.