Everything you need to know about the May 9 commencement ceremony

Join the CU Boulder campus in honoring our newest graduates at the spring commencement ceremony on Thursday, May 9, where 8,619 degrees will be awarded. The event will feature CU Boulder alumna and correspondent for NBC News and MSNBC Savannah Sellers as the speaker.

Read about just a few of the talented, motivated and innovative students who are graduating and starting on their next adventure.

Stadium gates open at 7 a.m. Guests should be in their seats by 8:15 a.m. to watch the student processional. Attendees should leave ample time for traffic, parking and security screening. City and campus roads may be congested for approximately one and a half hours before the ceremony and about an hour afterward.

The only bags allowed are bags that are clear plastic, vinyl or PVC and do not exceed 12" x 6" x 12" or one-gallon (or smaller) clear plastic food-storage-type bags. No other bags are permitted—including backpacks, diaper bags and other similar bags.

Sellers, who also hosts NBC News for Universal Kids, the only daily TV news program created specifically for kids, was invited by CU Boulder’s Senior Class Council. She has covered an array of politics and pop culture topics, ranging from the issue of gun violence in America—with exclusive interviews with several of the students from Parkland’s Marjory Stoneman Douglas High School—to focusing on the trends and social issues most vital to the millennial and Gen Z generations.

At age 27, she is among the university’s youngest commencement speakers—if not the youngest.

Many departments within CU Boulder’s schools and colleges will hold events to personally recognize their graduates. Students should check with their individual departments for more information.

All students are required to wear regalia to participate in the spring 2019 commencement ceremony. Learn more here.

Stanley Ruttenberg (1926–2017) will be awarded the honorary degree Doctor of Science in recognition of his significant contributions to science, the arts and public service.

Herman A. Shelanski will be awarded the honorary degree Doctor of Science in recognition of his leadership and achievements in introducing behavioral science into military decision-making.

Peter Zoller will be awarded the honorary degree Doctor of Science in recognition of his pioneering work in physics and his enduring association with CU Boulder.

Kazunori Takato, a founding member of the Global Ambassadors, will be awarded the University Medal in recognition of his decades of generous service to the University of Colorado and its alumni. 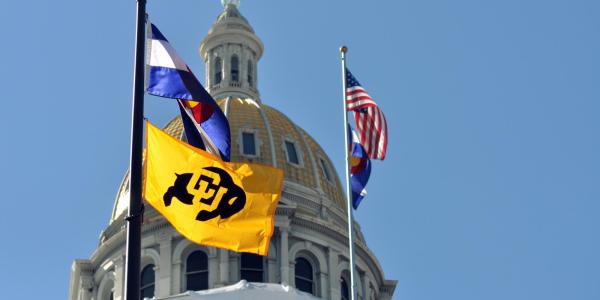 CU Boulder will continue to provide critical services while the statewide stay-at-home order is in effect. END_OF_DOCUMENT_TOKEN_TO_BE_REPLACED 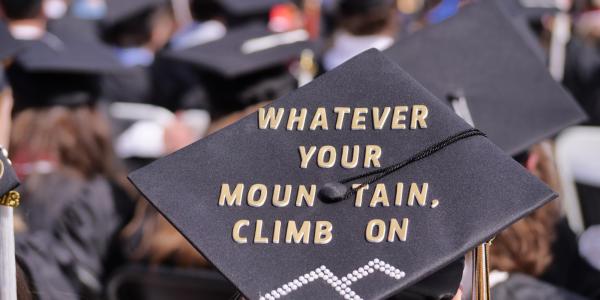 Class of 2020 invited to join livestreamed May commencement, return in person in spring 2021

CU Boulder will invite its spring 2020 graduates to partake in a livestreamed commencement ceremony on May 16. Chancellor Philip P. DiStefano is also inviting the graduates to return to campus in May 2021 for special events in recognition of their years of hard work. END_OF_DOCUMENT_TOKEN_TO_BE_REPLACED 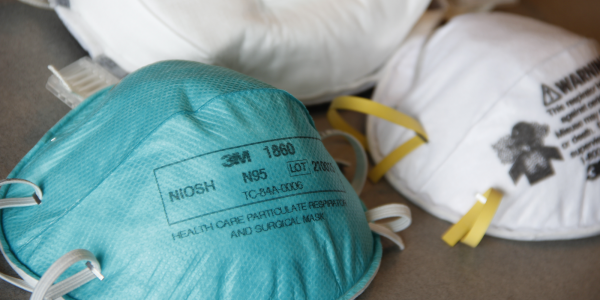 Campus offices, labs and other units that have unused personal protective equipment and other supplies should contact CU Boulder Emergency Management. END_OF_DOCUMENT_TOKEN_TO_BE_REPLACED
Return to the top of the page