In 2016, we again celebrated a campus community that brings innovation and positive impacts to Colorado and the nation. We marked new discoveries, faculty achievements, Olympic medalists and a resurgent football program while welcoming high-profile visitors to campus and sending satellites throughout our solar system. Enjoy this recap of an outstanding year. 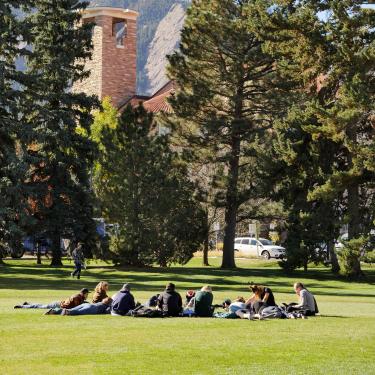 CU Boulder's 6,439 freshman make up the most academically qualified class in CU Boulder history, with an average SAT score of 1191, ACT composite of 27.3 and high school GPA of 3.66. Some 33.4 percent received automatic scholarships due to outstanding grade point averages and test scores. The class is also the most diverse, with 26 percent students of color and 17 percent representing first-generation college students.

In 2016, CU Athletics experienced success on and off the field. From academic honors, being nationally ranked in volleyball, women’s basketball, football and cross country, to winning the Pac-12 South Football Championship, our student athletes, coaches and staff proved that The Rise was real. 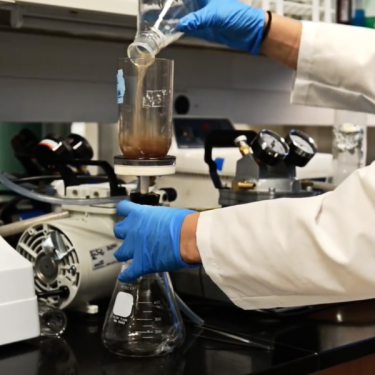 CU Boulder engineers developed an innovative bio-manufacturing process that uses a fungus in brewery wastewater to create the carbon-based materials needed to make energy storage cells, leading researchers to create one of the most efficient naturally-derived lithium-ion battery electrodes known to date while cleaning the wastewater in the process. This unique pairing could set up a win-win opportunity for beer makers and manufacturers. 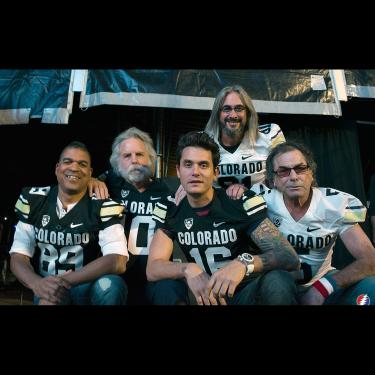 Concerts returning to Folsom Field this summer with Dead & Company

In July, Dead & Company (three of the surviving members of the Grateful Dead with John Mayer and others) played two shows at Folsom Field, the first concert since the Dave Matthews Band performed and recorded its live album in 2001. Folsom hosted many high-profile concerts throughout the 70s, 80s and 90s, including the Grateful Dead, who made memorable appearances in 1972 and in 1980.

Thousands of people attended a variety of talks hosted on campus by such thought-provoking and intriguing individuals as the Dalai Lama, George Takei, Vice President Joe Biden, Steve Wozniak and U.S. Supreme Court Associate Justice Sonia Sotomayor. Every effort is made to bring speakers who will intellectually stimulate and challenge the student body and the Boulder community. 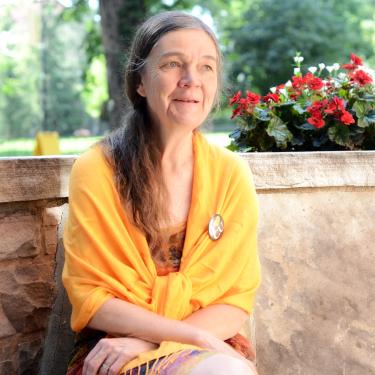 Patty Limerick was named the new Colorado state historian, a move that puts a Colorado historian with a national profile into the top position and cements the collaborative ties between the University of Colorado, where Limerick founded the Center of the American West, and History Colorado in Denver. 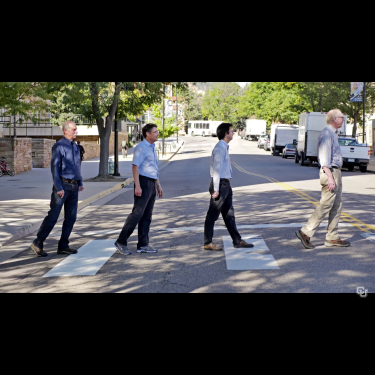 Four of CU Boulder's five Nobel laureates gathered recently on campus for a photo in front of the Duane Physics Building. Click the link below for a short, behind-the-scenes video of the photo session.

CU in the Arctic

CU Boulder planted a flag in the Arctic, announcing a new Arctic studies certificate for undergraduates that will focus on the science and culture of the region. Also, a professor in geological sciences was among the first to scientifically describe a bone from an ancient flightless bird that grazed near Greenland. And the National Snow and Ice Data center warned of a “triple whammy” resulting in record-low sea ice. 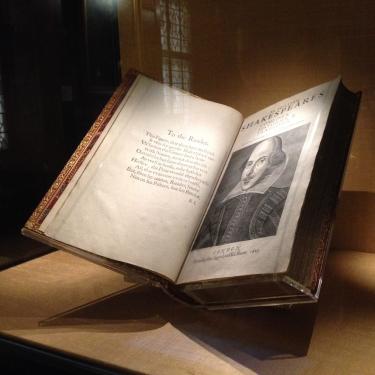 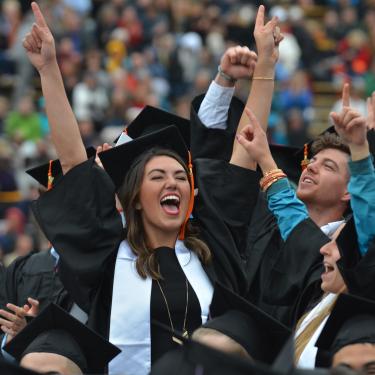 CU in the Olympics

CU has a proud history at the Olympics, sending more than 90 athletes and coaches through the years. At the 2016 Games in Rio de Janeiro, Brazil, Emma Coburn shaved more than 3 seconds off her American record to win bronze in the 3,000-meter steeplechase. Former Buff Jenny Simpson became the first American woman to medal in the 1,500 meters, winning a bronze. CU coaches played a major role. 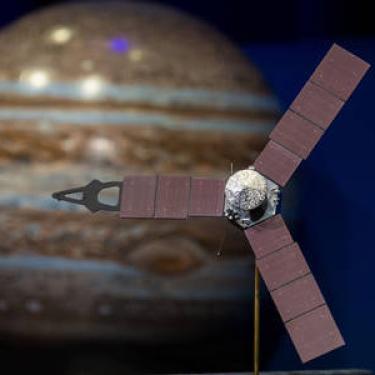 In July, three CU Boulder researchers and five students launched the Juno spacecraft into Jupiter's orbit to better understand the planet's origin and evolution. Even Professor Fran Bagenal, who has been a part of five previous NASA planetary missions, was nervous about the Juno mission because of how dangerously close to Jupiter's magnetic field the spacecraft would be flying. 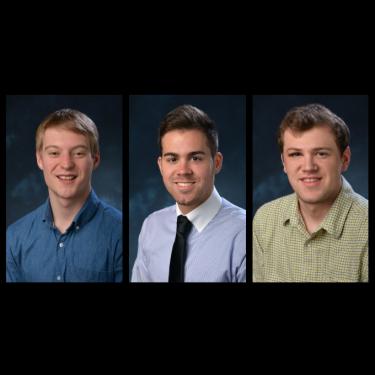 This year, half of the six Colorado-based winners of the prestigious Goldwater scholarship were students at CU Boulder. The scholarship is worth up to $7,500 and recognizes sophomores and juniors who have achieved high academic merit in math, science and engineering.

From continuing to increase our retention rates of first-year students, to breaking ground on the Center for Academic Success and Engagement, and strengthening industry collaborations that open new academic pathways and opportunities, there is much to celebrate on pushing the needle of student success. 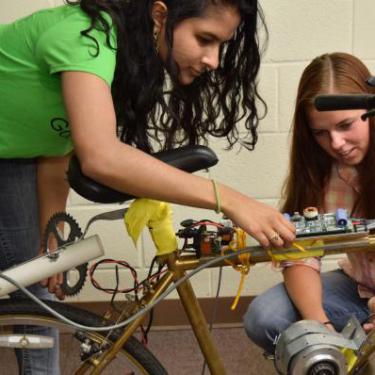 Colorado native Maithreyi Gopalakrishnan, who graduated from CU Boulder with a five-year combined MS/BS degree, devised a way to tackle air pollution after a trip to her birthplace, India. She developed a hybrid kit for rickshaws—the gas-powered motorized tricycle taxis that are a primary mode of transportation in the country—that will help reduce pollution and have good financial impacts for rickshaw drivers. 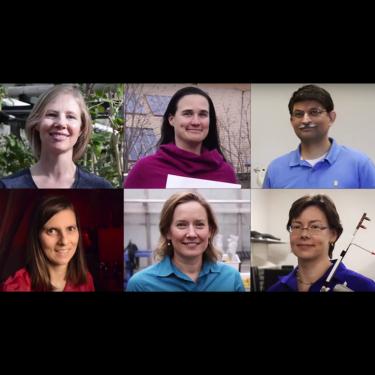 From wireless charging of batteries to new strains of vegetables with anti-aging properties, CU Boulder's scientists are working on tomorrow's innovations. Six CU Boulder researchers were honored by the National Science Foundation with Faculty Early Career Development Awards in 2016. 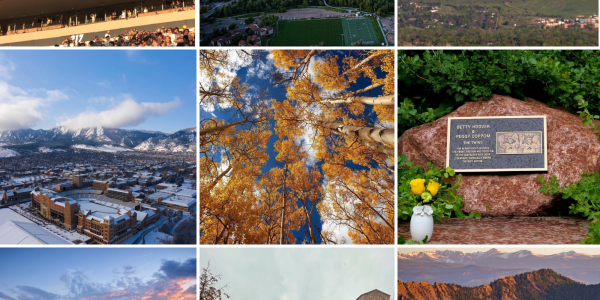 That’s a wrap on 2021. On @CUBoulder Instagram alone, we posted 149 photos and received more than 5K comments and 748K total likes! END_OF_DOCUMENT_TOKEN_TO_BE_REPLACED 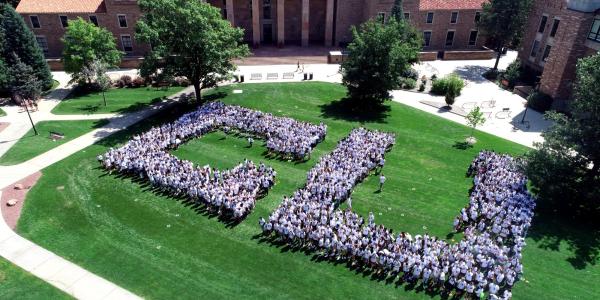 Taking in 2021: Reflecting on the year at CU Boulder

A look back at 2021 shows a community of perseverance. Buffs safely made a number of COVID-19 comebacks; showed dedication to inclusive excellence; worked toward healing in the midst of heartbreak and injustice; welcomed Ralphie VI; won prestigious awards; cheered on Olympians and remarkable student-athletes; and more. END_OF_DOCUMENT_TOKEN_TO_BE_REPLACED 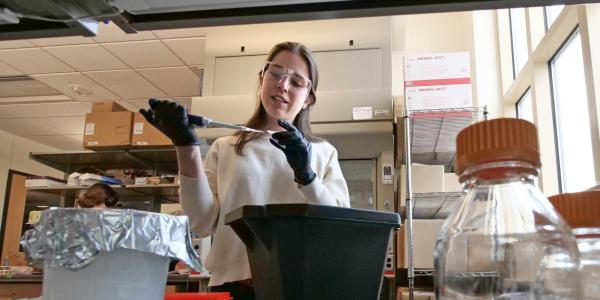 Look back on the year in research at CU Boulder: from custom lullabies to "cute" spacecraft, melting snow in the West and more. END_OF_DOCUMENT_TOKEN_TO_BE_REPLACED
Return to the top of the page