Unusually high air temperatures and a warm ocean have led to a record low Arctic sea ice extent for November, according to scientists at the National Snow and Ice Data Center (NSIDC) at the University of Colorado Boulder. In the Southern Hemisphere, Antarctic sea ice extent also hit a record low for the month, caused by moderately warm temperatures and a rapid shift in circumpolar winds.

“It looks like a triple whammy—a warm ocean, a warm atmosphere, and a wind pattern all working against the ice in the Arctic,” said NSIDC director Mark Serreze.

NSIDC scientists said the decrease in extent is almost unprecedented for November in the satellite record; a less pronounced and brief retreat of 14,000 square kilometers (5,400 square miles) happened in 2013. November 2016 is now the seventh month this year to have hit a record low extent in the 38-year satellite monitoring period. The November extent was 3.2 standard deviations below the long-term average, a larger departure than observed in September 2012 when the Arctic summer minimum extent hit a record low.

Arctic sea ice is still in the early stages of winter freeze-up and is expected to continue expanding until it hits its maximum extent around March next year.

NSIDC scientists said unusually high temperatures over the Arctic Ocean, persistent winds from the south, and a warm ocean worked together to drive the record low Arctic extent. Extending from northeast of Greenland towards Svalbard and Severnaya Zemlya, air temperatures at the 925 hPa level (about 2,500 feet above sea level) were up to 10 degrees Celsius (18 degrees Fahrenheit) above the 1981 to 2010 long-term average for the month. Sea surface temperatures in the Barents and Kara Seas remained unusually high, up to 4 degrees Celsius (7 degrees Fahrenheit) above average around Novaya Zemlya and Svalbard, preventing ice formation. These high temperatures reflected a pattern of winds from the south, which also helped to push the ice northward and reduce the ice extent.

NSIDC scientist Julienne Stroeve was in Svalbard during November and noted the lack of sea ice. “Typically sea ice begins to form in the fjords at the beginning of November, but this year there was no ice to be found,” she said.

NSIDC scientists said that higher-than-average temperatures and a rapid shift in Antarctic circumpolar winds appear to have caused the rapid decline in Antarctic sea ice.

Air temperatures 2 to 4 degrees Celsius, or 4 to 7 degrees Fahrenheit) higher than average and an earlier pattern of strong westerly winds worked to create a more dispersed sea ice pack in the Antarctic. A rapid shift to a more varied wind structure, with three major areas of winds from the north, rapidly compressed low-concentration sea ice around Wilkes Land, Dronning Maud Land, Enderby Land, and the Antarctic Peninsula. Moreover, several very large polynyas (areas of open water within the pack) have opened in the eastern Weddell and along the Amundsen Sea and Ross Sea coast.

“Antarctic sea ice really went down the rabbit hole this time," said NSIDC lead scientist Ted Scambos. "There are a few things we can say about what happened, but we need to look deeper.”

NASA scientist and NSIDC affiliate scientist Walt Meier said, “The Arctic has typically been where the most interest lies, but this month, the Antarctic has flipped the script and it is southern sea ice that is surprising us.”

CIRES is a partnership of NOAA and CU Boulder. 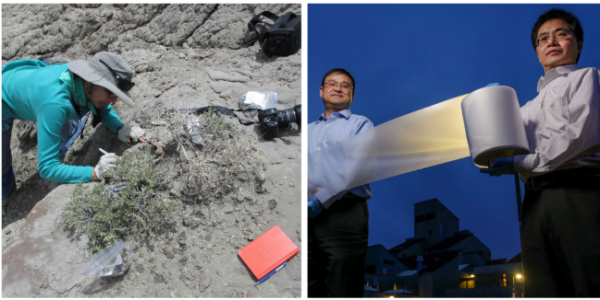 Development of a material that can cool structures with zero energy use. Discovery of supercharged antibiotics that can fight antibiotic resistance. These are among the top 10 high-impact findings of research published by faculty and students in 2017. They are stories of innovation, impact and leadership in their fields. END_OF_DOCUMENT_TOKEN_TO_BE_REPLACED 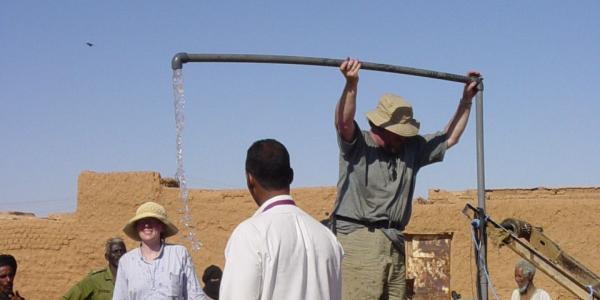 CU Boulder to lead $15.3 million initiative for sustainable water and sanitation for development

The University of Colorado Boulder has been selected to lead a $15.3 million effort to better understand how to improve the sustainability of water, sanitation and hygiene interventions in the developing world. END_OF_DOCUMENT_TOKEN_TO_BE_REPLACED 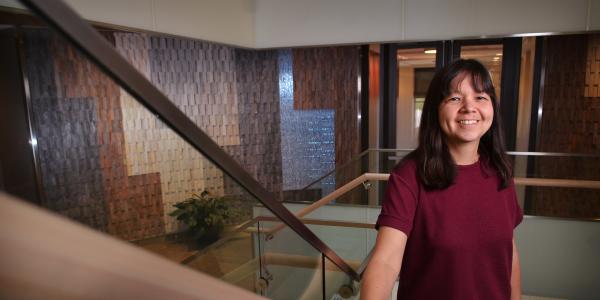 Deborah Jin passed away Sept. 15, 2016, after a courageous battle with cancer. She was 47. Jin was an internationally renowned physicist and Fellow with the National Institute of Standards and Technology (NIST), an Adjoint Professor in the Department of Physics at CU Boulder, and a Fellow of JILA, a joint institute of NIST and the University of Colorado. END_OF_DOCUMENT_TOKEN_TO_BE_REPLACED
Return to the top of the page