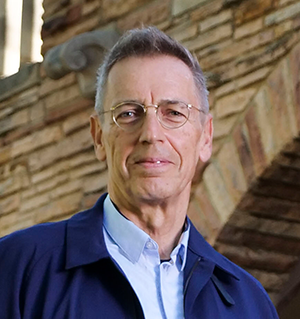 Note: Due to ongoing issues related to COVID-19, this event has been postponed. We anticipate that it will be rescheduled sometime in the fall. We will provide an update here once a new date has been confirmed.

In the late 18th century two phenomena emerged in close proximity: realist novels and autonomous machines. Each claimed to be the other’s opposite: novels, organic products of inspiration that can be enjoyed in a reader’s free time; machines, assemblies of solid parts that transmit motion and perform work. Two new sciences emerged alongside them—hermeneutics as the theory of literary interpretation, and engineering as the theory of building machines—and two new figures stepped onto the cultural stage: the fabulously prolific and wealthy novelist, and the audacious and reckless engineer. In many ways, our present universities are still built around the consequences of this divergence.

In this talk, Helmut Müller-Sievers will go back to the origins of this divergence in the late 18th century and show how the concerns of novelists and engineers were once closely aligned—that novels were understood to be machines as much as machines could be subjected to literary interpretation. At the center of his remarks will be the German poet Johann Wolfgang Goethe (1749 – 1832).

Professor Müller-Sievers has held fellowships at the National Humanities Center, the Max-Planck Institute for the History of Science in Berlin, the Institute for Cultural Research in Vienna, the J. Paul Getty Research Institute, and the Kollegforschergruppe BildEvidenz in Berlin. He is the author of five books—most recently The Science of Literature (de Gruyter 2015)—some fifty articles, and has translated three books. His Black Flag PR is 56:01.