Professor Brian Toon of the Department of Atmospheric and Oceanic Sciences and the Laboratory for Atmospheric and Space Physics has been selected to present the 2013 Distinguished Research Lecture, an award that is among the highest honors bestowed by the faculty upon a faculty member at CU Boulder.

Each year, the Office of the Vice Chancellor for Research requests nominations from faculty for this award, and a faculty review panel recommends one faculty member as a recipient. The lectureship honors a tenured faculty member widely recognized for a distinguished body of academic or creative achievement and prominence, as well as contributions to the educational and service missions of CU-Boulder.

Abstract:  Sixty-six million years ago a mountain-sized chunk of rock, traveling at more than 10-times the muzzle velocity of an assault rifle, slammed into the shallow sea covering what is now the Yucatan Peninsula of Mexico. Shortly thereafter, the fifth great mass extinction on Earth occurred. Many of the same phenomena that killed the dinosaurs may occur if there is a nuclear war. In this Distinguished Research Lecture, Professor Brian Toons will describe how the dinosaurs died, and the possible consequences of small and large nuclear wars. Unfortunately, at present, we are not capable of stopping an asteroid from hitting the planet. It remains to be seen if we can prevent a nuclear conflict. 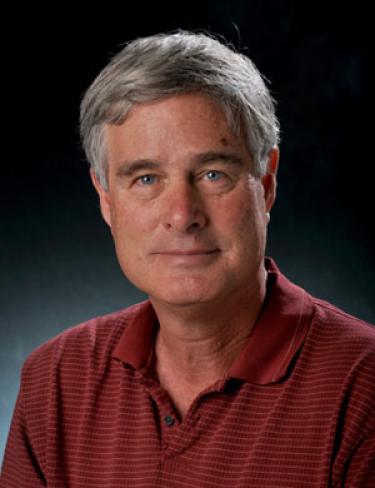 Owen Brian Toon is a professor in the Department of Atmospheric and Oceanic Sciences for which he was the founding chair, and a research associate in the Laboratory for Atmospheric and Space Physics at CU-Boulder. He received a bachelor's degree in physics at the University of California at Berkeley in 1969 and a doctorate in physics at Cornell University in 1975. He was a research scientist at NASA’s Ames Research Center from 1975-1997.

Dr. Toon's research group at CU-Boulder studies radiative transfer, aerosol and cloud physics, atmospheric chemistry and parallels between the Earth and planets. Brian has helped conceive, develop and lead many NASA airborne field missions aimed at understanding stratospheric volcanic clouds, stratospheric ozone loss, the effects of aircraft on the atmosphere, and the role of convective and cirrus clouds in Earth’s climate system. He has been involved in numerous satellite missions for both Earth and the planets. He has published more than 300 papers in refereed scientific journals, and is one of the most highly cited researchers in Geoscience.

For more information on:

What others have said about Dr. Brian Toon:

"Dr. Toon, in his scientific work, reaches well beyond technical analysis to consider the relevance of his research to society. For example, he is responsible for important discoveries regarding the potential impacts of nuclear weapons on the global environment, including profound effects on climate and civilization. In addition to contributing seminal publications across a range of scientific fields, Dr. Toon selflessly provides service to the scientific community by, among other things, offering guidance on large-scale field projects, and contributing to professional assessments of environmental threats."
–Professor Richard P. Turco, Distinguished Professor Emeritus, University of California

“The breadth of Dr. Toon’s research is remarkable. He has written papers on topics that for most would span many careers. … He has an uncanny ability to pinpoint the heart of a scientific problem, pursuing its resolution with a staggering intellectual capacity.”
–Professor Cora E. Randall, Professor and Chair of the Department of Atmospheric and Oceanic Sciences, CU-Boulder

“Professor Toon has been occupied with taking observations of the atmosphere and trying to understand them for his entire career. He has been a leader of many airplane campaigns to better understand atmospheric clouds and particles (aerosols) and received many NASA awards for them. And in 1982, when, along with Richard Turco, Carl Sagan, and other colleagues, he discovered that a nuclear war between the superpowers would produce such cold, dry, and dark conditions at Earth’s surface that agriculture would cease and most, if not all, of humanity would be condemned to starvation, he made sure to not only write scientific papers about this discovery but also try to influence public policy.”
–Professor Alan Robock, Distinguished Professor, Rutgers University

“Virtually all superlatives apply to his accomplishments; he works on many of the most difficult problems in the field, and he often dreams up new ones.”
–Professor Darin W. Toohey, Professor of Atmospheric and Oceanic Sciences, CU-Boulder

“I can say without hesitation that Dr. Toon is one of the finest research scientists, as well as one of the most socially concerned individuals, I have ever known.”
–Professor Richard P. Turco, Distinguished Professor Emeritus, University of California

“Professor Toon is recognized internationally for his record of distinguished research and preeminence in atmospheric and planetary sciences, with 40 of his nearly 300 publications being cited over 100 times (a staggering level of recognition by the scientific community). In addition to his scholarly achievements, his dedication and vision literally built the Department of Atmospheric and Oceanic Sciences at CU-Boulder from the ground up over the decade-plus that he served as its director and chair.”
–Professor Darin W. Toohey, Professor of Atmospheric and Oceanic Sciences, CU-Boulder

“Dr. Toon’s work is provocative, timely, and of interest to both the scientific community and policy makers world-wide.”
–Professor Cora E. Randall, Professor and Chair of the Department of Atmospheric and Oceanic Sciences, CU-Boulder 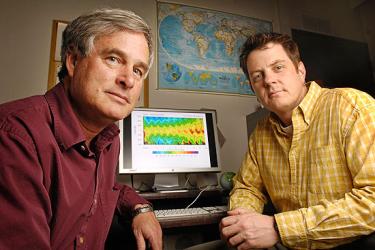 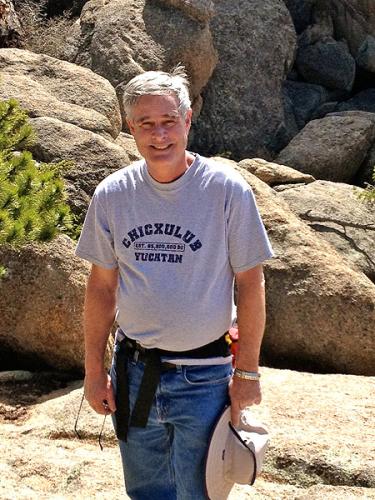