Archaeology, Imperialism and What it Means to Be Human 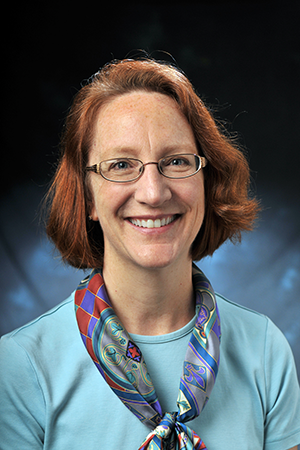 Imperialism had major impacts on people living in antiquity, even as it does today. Many of the problems faced by people living in or next to an empire remain fundamentally similar even if solutions to those issues change with time, geography and cultural background.

The evidence available for considering past imperialism includes texts, art, architecture and the detritus of everyday life—and thus provides insight into the concerns and actions of people from all walks of society. This lecture will focus on the Achaemenid Persian Empire (ca. 550-330 BCE) during the first half-century of its duration. The largest socioeconomic entity the world had yet seen, during its heyday the Achaemenid Empire reached from the Aegean to the Indus, from Egypt to the Central Asian Republics. Persian dynasts ruled until Alexander the Great's conquest. A vast archive of government receipts combines with the splendid sculptures of the royal palaces at the heartland capital city, Persepolis, to provide insight into the rhetoric and reality of imperial administration at its core.

At the same time, archaeological and historical evidence from Anatolia (roughly modern Turkey) allows us to see the effect of empire on the peoples of the realm. The imperial structures of the Achaemenid Empire had lasting influence, forming a basis of government for the Hellenistic kings and then Rome. Understanding how the Achaemenid Empire worked, the processes and effects of imperialism, can—if we wish—allow us a different glimpse into our own lives as well.

Elspeth Dusinberre (PhD Michigan 1997) is a Professor in the Classics Department at the University of Colorado Boulder. She is interested in the Achaemenid Persian Empire (ca. 550-330 BCE), ancient imperialism and the give-and-take between different cultures. She combines study of texts with visual and material culture to try to understand both details and larger implications.

Her recent work on Anatolia—­­roughly the same area as modern Turkey—proposes a new model for understanding imperialism that focuses on human behavior; this model seeks to understand different kinds of authority wielded and autonomy exerted in such contexts as governing, the military, eating and drinking, mortuary practices, religion and education.

She is also interested in ancient sealstones and the seal impressions they left when used in antiquity. Seals offer an archaeological and visual window into the individuals who make up a society, situating them and their various identities within their cultural contexts.

Her most recent work on the ancient city of Gordion, capital of Phrygia and seat of King Midas of the Golden Touch, has moved into earlier periods and allows her to consider the behaviors and impacts of this mighty kingdom that ruled central Anatolia in the centuries preceding the Achaemenid Empire.

Dusinberre's third book, Empire, Authority, and Autonomy in Achaemenid Anatolia (Cambridge 2013), was honored by the James R. Wiseman Award from the Archaeological Institute of America in 2015 for the best book on archaeology written within the last four years. She has conducted archaeological work in Greece, Egypt and Turkey and has worked in the Freer and Sackler Galleries of the Smithsonian Institution, the Oriental Institute Museum at the University of Chicago and the Museum of Anatolian Civilizations in Ankara, Turkey.

Her two previous books are Aspects of Empire in Achaemenid Sardis (Cambridge 2003) and Gordion Seals and Sealings: Individuals and Society (University of Pennsylvania Museum 2005). She has published twenty-two articles and chapters, appearing in such venues as the American Journal of Archaeology, Ars Orientalis, the Bulletin of the American Schools of Oriental Research and others. She has presented papers at conferences and symposia as well as lecture series, serving the Archaeological Institute of America as the Kershaw Lecturer, the George M. A. Hanfmann Lecturer, the Church Lecturer, and the Ahmonson Lecturer. She has delivered the P. R. S. Moorey Lecture at Oxford University and has been keynote or plenary speaker at various national and international conferences.

She has been PI, co-PI or collaborating editor on grants totaling over $3 million. Her research time has also been supported by the University of Colorado Boulder, the American Research Institute in Turkey, the Loeb Classical Library Foundation and the American Council of Learned Societies.

Dusinberre is currently completing publication of the seal impressions on the roughly 840 documents of the Persepolis Fortification Archive written in Aramaic (Oriental Institute Press) and the Phrygian-era cremation burials at Gordion in Turkey (University of Pennsylvania Press), as well as various other projects. She is the recipient of twelve University of Colorado Boulder teaching awards, including the Marinus Smith Award for outstanding impact on undergraduates, the Outstanding Graduate Student Faculty Mentor Award, the Boulder Faculty Assembly Award for Excellence in Teaching and the designation as President's Teaching Scholar.

She lives in Boulder with her husband Ed, first violinist of the Takács Quartet, and son Sam.