Rubén Donato, the Bob & Judy Charles Endowed Chair and a professor of Educational Foundations, Policy and Practice in the School of Education, will deliver his in-person lecture “An Elusive Quest: Mexican American Resistance to School Segregation in the United States” at 4 p.m. on Jan. 31 in the Chancellor's Hall and Auditorium, Center for Academic Success and Engagement (CASE). 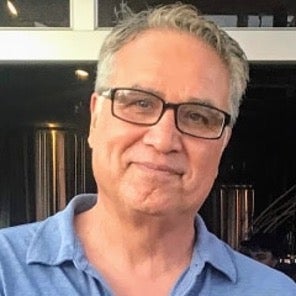 Donato was selected to receive the 2022-23 Distinguished Research Lectureship, which is among the most esteemed honors bestowed by the faculty upon a faculty member at the University of Colorado Boulder.

Professor Donato is a prolific writer of peer-reviewed articles and has published in highly respected journals in his field. He is author of The Other Struggle for Equal Schools: Mexican Americans during the Civil Rights Era (SUNY, 1997); Mexicans and Hispanos in Colorado Schools and Communities, 1920-1960 (SUNY, 2007); and (with Jarrod Hanson) The Other American Dilemma: Schools, Mexicans, and the Nature of Jim Crow, 1912-1953 (SUNY, 2021). He was elected to the National Academy of Education in 2020.

An Elusive Quest: Mexican American Resistance to School Segregation in the United States

Certain movements have created lasting impressions in the American imagination. Brown v. Board of Education in 1954 and the fight to end segregated schooling evokes images of young people like Ruby Bridges and The Little Rock Nine tearing down racial barriers. These important events and other struggles against school segregation are memorialized in textbooks and taught in public schools and colleges. There were other group struggles, however, that have not been woven into in the American imagination. Mexican Americans have a long-standing but lesser-known history in the struggle against school segregation. Their experiences were complex. Donato will explain how there were no state statutes that sanctioned the school segregation of Mexican Americans in America. Yet, it became common practice. Mexican American communities have been challenging school segregation for more than 100 years.

About the Distinguished Research Lectureship

Each year, the Research & Innovation Office (RIO) requests nominations from faculty for the Distinguished Research Lectureship and a faculty review panel recommends one or more faculty members as recipients.

The lectureship honors a tenured faculty member, research professor (associate or full) or adjoint professor who has been with CU Boulder for at least five years and is widely recognized for a distinguished body of academic or creative achievement and prominence, as well as contributions to the educational and service missions of CU Boulder. Each recipient typically presents a lecture in the fall or spring following selection and receives a $2,000 honorarium.