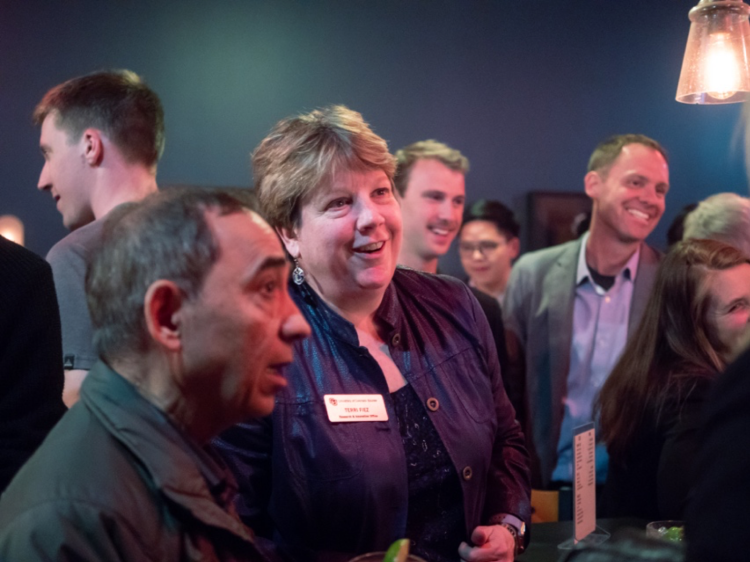 The National Academy of Inventors (NAI) has named Vice Chancellor for Research & Innovation and Professor of Electrical, Computer & Energy Engineering Terri Fiez as a 2019 NAI Fellow. This honor is the highest professional distinction accorded solely to academic inventors.

The NAI Fellow program highlights academic inventors who have demonstrated a spirit of innovation in creating or facilitating outstanding inventions that have made a tangible impact on quality of life, economic development and the welfare of society.

As Vice Chancellor for Research & Innovation at CU Boulder, Fiez is responsible for overseeing the $630+ million research enterprise, including the university’s 12 research institutes. The Research & Innovation Office (RIO) catalyzes and supports research from discovery to commercialization, grows cross-disciplinary collaborations, cultivates research partnerships, and coordinates the cross-campus Innovation & Entrepreneurship initiative. RIO is also at the forefront of building partnerships with industry, the startup community and federal labs to build a robust and sustainable innovation ecosystem for the state and nation.

Prior to arriving in Boulder in 2015, Fiez spent 16 years at Oregon State University as Head of the School of Electrical Engineering and Computer Science. As an Electrical Engineer, Fiez has engaged with the high tech, energy, aerospace and sustainability communities throughout her career. In 2008 she co-founded a solar electronics startup company and she was bitten by the startup bug. She is passionate about seeding entrepreneurial mindsets among faculty, staff, students and all of the university’s partners.

The NAI named 168 fellows for 2019, representing research universities and government and non-profit research institutes. The 2019 NAI Fellows will be formally honored at the 2020 NAI Fellows Induction Ceremony during the Ninth Annual Meeting of the National Academy of Inventors in April, 2020. At the ceremony, Fellows will be formally inducted by Laura A. Peter, Deputy Under Secretary of Commerce for Intellectual Property and Deputy Director at the U.S. Patent and Trademark Office (USPTO), and NAI President Paul R. Sanberg in recognition of their outstanding achievements.

The National Academy of Inventors is a member organization comprising U.S. and international universities, and governmental and non-profit research institutes, with over 4,000 individual inventor members and Fellows spanning more than 250 institutions worldwide.

Past National Academy of Inventors Fellows from CU Boulder

Above, right: Vice Chancellor for Research & Innovation Terri Fiez was one of hundreds of enthusiastic attendees at the 2019 New Venture Challenge Finals at the Boulder Theater.