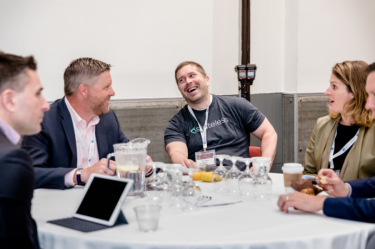 The company was founded in 2016 by PhD student Murad Kablan and Assistant Professor Eric Keller from the Department of Electrical and Computer Engineering. Stateless’ revolutionary technology seeks to “take network applications to the next level with a ground-breaking approach to connectivity,” said Kablan in a statement.

Stateless is currently building a platform that will “elevate existing network assets to provide greater security visibility and control, no matter the endpoint,” said Kablan.

Stateless is an alum of the 2016 Catalyze CU class, a CU Boulder summer startup accelerator, as well as the New Venture Challenge, CU Boulder’s cross-campus venture competition. With this most recent investment, Stateless has officially raised the largest funding round by any Catalyze CU team.

After completing those programs, they moved on to the NSF I-Corps program and were then accepted into the 2017 Techstars Boulder class. That same year, they were awarded a $225,000 NSF SBIR grant and completed their first seed funding round at $1.4 million.

Learn more about Stateless’ most recent funding round.