Kristine M. Larson of the Ann and H.J. Smead Department of Aerospace Engineering Sciences and William M. Lewis Jr. of the Ecology and Evolutionary Biology department have been selected to receive the 2018 Distinguished Research Lectureship. The Lectureship is among the most esteemed honors bestowed by the faculty upon a faculty member at the University of Colorado Boulder.

Each year, the Research & Innovation Office (RIO) requests nominations from faculty for the Distinguished Research Lectureship, and a faculty review panel recommends one faculty member as a recipient. Two faculty members were selected this year. 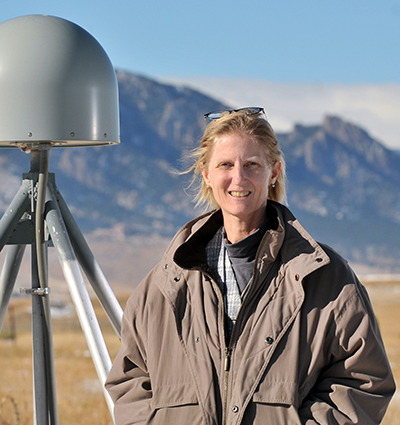 Larson received a BA in Engineering Sciences from Harvard University in 1985 and a PhD in Geophysics from Scripps Institution of Oceanography, U.C. San Diego in 1990. Her dissertation was one of the first to use the Global Positioning System (GPS) to measure the motions of faults in southern California. She became an aerospace engineering professor at CU Boulder in 1990.

With her CU Boulder colleagues, she has worked on a diverse set of GPS research projects, such as measuring deformation across the Nepal Himalaya, synchronizing atomic clocks, and assessing the variability of Greenland ice sheet speeds. Her research on using GPS to measure seismic waves ultimately led to the development of GPS Interferometric Reflectometry (GPS-IR). In this new technique, GPS signals that bounce on the surface below a GPS antenna are reverse engineered to provide measurements of soil moisture, snow accumulation, vegetation water content and tides.

In 2014, her research group received the Prince Sultan Bin Abdulaziz International Water Prize for Creativity. She is a Fellow of the American Geophysical Union and was the European Geophysical Union Huygens Medalist in 2015. Last year she received an Honorary Doctorate from Chalmers University of Technology and an Alexander von Humboldt Foundation Research Award. 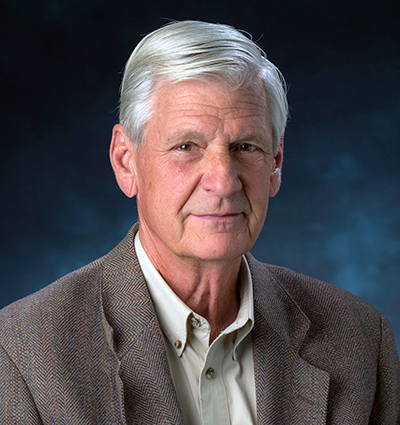 Lewis—Professor of Ecology and Evolutionary Biology, Cooperative Institute for Research in Environmental Sciences (CIRES) Associate Director and Director of the CIRES Center for Limnology—came to CU Boulder in 1974 following his doctoral work at Indiana University.

In 1988 he became a Fellow of CIRES where he founded the Center for Limnology, the study of inland waters (lakes, streams, wetlands). The Center supports research and education on aquatic ecosystems with emphasis on Colorado waters.

Lewis has had a strong interest in aquatic ecosystems of the tropics, which are attractive for research because they have been studied very little as compared with waters at higher latitudes. Lewis established field laboratories in the Philippines, the Mekong River in Laos, Lake Valencia in Venezuela, and the Orinoco River in Venezuela, with its associated lakes and wetlands. Lewis and his group have also continuously studied lakes, streams and rivers of Colorado.

Lewis was awarded a Guggenheim Fellowship for research in phytoplankton dynamics. He also received the Sustained Achievement Award of the Renewable Natural Resources Foundation for work at the interface of ecosystem science and environmental policy. From the International Society for Limnology, he received the Naumann-Thienemann Medal for studies of tropical waters and the Baldi Lectureship for global studies of biotic production in lakes. He is a Fellow of AAAS and served as President of the American Society of Limnology and Oceanography.

Professor Larson’s talk: GPS Can't Do That, Can It?