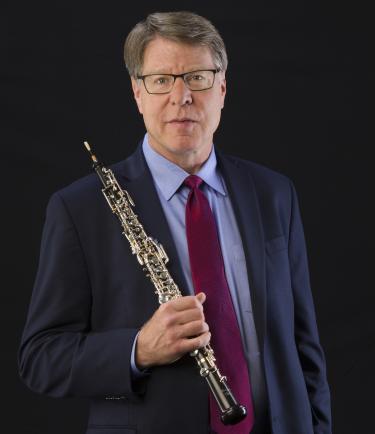 Mr. Cooper has commissioned and premiered five oboe concertos. Mr. Cooper recorded the Strauss and David Mullikin Oboe Concertos with Sir Neville Marriner and the Academy of St. Martin in the Fields. He previously recorded the Heinrich Schweizer Oboe Concerto with the London Philharmonic. He has also premiered concertos by Bill Douglas and Gregory Walker with the Colorado Symphony. In 2019 he played a new concerto by Kevin Puts with the Colorado Symphony that was co-commissioned by the Colorado and Baltimore Symphonies.

A prize winner in the Tokyo International Oboe Competition, Peter Cooper is a frequent guest Principal Oboist with many American orchestras. He has toured and recorded with the St. Paul Chamber Orchestra and has played first oboe with the Boston, Atlanta, Seattle, Houston, San Diego and Milwaukee Symphonies as well as the Israel Chamber Orchestra.

Mr. Cooper plays on Marigaux oboes and Marigaux, Paris, has sponsored him in recitals and master classes throughout the United States and in Asia and Europe. He has also been their American consultant for the development of a new model Marigaux oboe designed especially for American oboists.

A graduate of Northwestern University, he studied with Ray Still and Gladys Elliot.