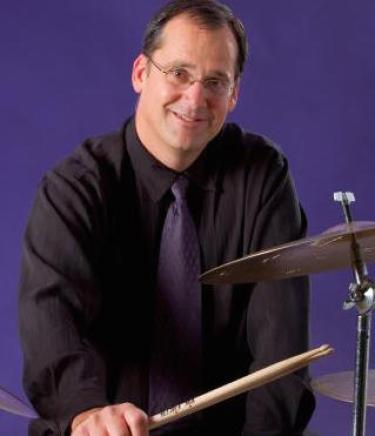 Paul Romaine, Drum Set, felt drawn to music from the depth of his being throughout his childhood. He began playing drums professionally at age 14. Paul has led, recorded, or performed with countless combinations of the Denver area’s best players and with internationally acclaimed artists such as Eddie Harris, Benny Golson, James Moody, Larry Coryell, Gunther Schuller, Charlie Rouse, Eddie Gomez, Jack McDuff, Marlena Shaw, Rufus Reid, Clark Terry, Dave Grusin, and Robin Eubanks. During his association with the Woody Herman Orchestra, Paul toured North America performing concerts and clinics. In between gigs, he studied jazz composition at the Lamont School of Music and, in 1991 received a degree in recording engineering from the University of Colorado. He serves as a mentor musician/clinician in several Denver area school districts. Paul saw the need for a jazz education program for students who are serious about the music and founded the Colorado Conservatory for the Jazz Arts (CCJA) which offers a program for middle school and high school students from throughout the Denver metropolitan area to play together and study with professional musicians on a weekly basis.