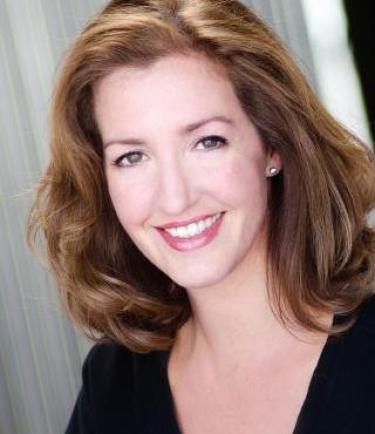 American soprano Jennifer Bird enjoys a busy and varied singing career in the U.S. and Europe, having built a reputation as a charismatic, intelligent and versatile performer of more than 50 roles in opera, operetta and musical theater, as well as much of the standard oratorio and concert literature.

As the recipient of a Rotary International Ambassadorial Scholarship, Jennifer studied in Germany in the Opernklasse of the Hamburg Musikhochschule, where she joined the vocal studio of renowned soprano Judith Beckmann. Soon thereafter she began singing at the Landestheater Coburg and then at the Bremer Theater where she became a pillar of the soloist ensemble, singing major roles in the lyric and lyric- coloratura soprano repertory and, in Coburg, twice earning the Audience Favorite Prize. Engagements followed at the Vienna Volksoper, Nationaltheater Mannheim, Theater Bonn, Theater Chemnitz, Theater Lübeck, Theater Würzburg and Theater Hagen, among others. Jennifer has sung roles spanning from soubrette to dramatic coloratura, especially in the operas of Mozart (Despina, Pamina, Sandrina, Konstanze), Donizetti (Norina, Adina, Lucia), and Verdi (Gilda and Violetta). Other favorites have included the title role in Berg’s Lulu, Sophie in Der Rosenkavalier, Marguerite in Faust, Musetta in La Boheme, Anne Trulove in The Rake’s Progress, and Nedda in I Pagliacci.

Much in demand as a recitalist and concert singer, Jennifer has been the soprano soloist in The Messiah with the Berlin Symphony Orchestra, in Dvořák’s Stabat Mater with the Bremer Philharmonic and in a Veteran’s Day concert with the US Army Band at Carnegie Hall. In 2008 Jennifer was invited to Brussels to perform with members of the Ictus Ensemble in honor of the 200th anniversary of Ricordi Publishing. She has been the featured soloist in gala concerts with the Stuttgart Philharmonic at the Stuttgart Konzerthalle and in Luxembourg with the Orchestra of the Warsaw Teatr Wielki. In 2010 she made her Alice Tully Hall debut in Orff’s Carmina Burana with the Riverside Choral Society. In 2012 Jennifer was the soprano soloist in the world premiere performances and recording of Frank Ticheli’s Songs of Love and Life with conductor Allan McMurray. Highlights of other recent concert seasons have included the soprano solos in Mozart’s Requiem and Beethoven’s 9th Symphony with the Midland-Odessa Symphony, Mahler’s 2nd and 4th Symphonies with the Boulder MahlerFest, performances of Vaughn-Williams’ Dona Nobis Pacem and Poulenc’s Gloria at Lincoln Center, Mozart arias with the Colorado Symphony, Chausson’s Chanson Perpetuelle with the Takács Quartet, Shostakovich’s 14th Symphony with Pro Musica Colorado, Bach’s St. Matthew Passion in a semi-staged version with the Boulder Philharmonic Orchestra and Central City Opera, and Elijah in Cape Town, South Africa. Jennifer has been a prizewinner in several international competitions, including First Prizes in the Sylvia Geszty Competition, Elisa Meyer Competition, and the Robert Stolz Competition.

Jennifer serves as chair of the voice department at the University of Colorado Boulder. Her current and former students sing regularly with prestigious arts organizations such as the Aspen Music Festival, Des Moines Metro Opera, Music Academy of the West, Wolf Trap, Martina Arroyo’s Prelude to Performance, Central City Opera, and the Semperoper Dresden.