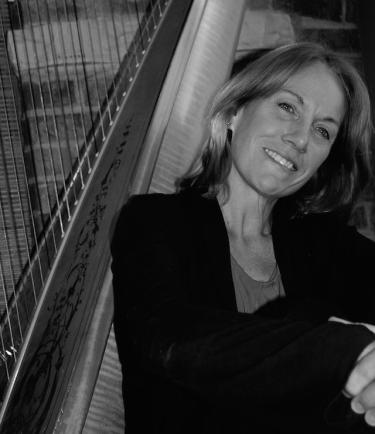 Janet Harriman began her harp studies with her mother, Jean Harriman. She continued her studies with Alice Chalifoux while she attended the College of Wooster, the Cleveland Institute of Music and the Salzedo Harp Colony. Harriman has performed as soloist, chamber player, opera and orchestral member in Ohio, Florida, Georgia, New York and Colorado, and internationally in South America, Europe and Asia.

Harriman is an alumnus of the New World Symphony and the National Repertory Orchestra. She received the New World Symphony’s Community Board Award which recognizes “leadership and fellowship with her commitment to continuing artistic development.” She is an active organizer and participant in community arts projects in Summit County, Colorado. She has been an active player and board member of the Summit Community Orchestra for more than 15 years. Harriman is co-founder and board member of the Summit Youth Orchestra. She helped establish and organize the Fall for the Arts celebration from 2012 through 2014, a county-wide festival highlighting the visual and performing arts community in Summit County, and collaborated with the town of Silverthorne to establish a Café Concert Series in 2016 and 2017. Finally, Harriman was co-founding director of Scale the Summit Music, summer programs that offered educational opportunities for the kids of Summit County from 2009 through 2013.

Harriman currently lives in Dillon, Colorado, with her husband, Karl, and their youngest daughter; their oldest daughter is a student at the University of Colorado Boulder.