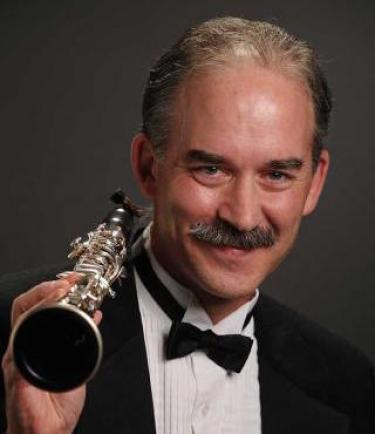 Praised by the Washington Post for his “sense of freedom and extraordinary control” clarinetist Daniel Silver is active as a soloist, chamber musician, orchestral performer, clinician and teacher. He has served as principal clarinet of the Baltimore Opera Orchestra, the Washington Chamber Symphony (Kennedy Center) and the National Gallery Orchestra. From 1980 to 1987 he was the principal clarinet of the Hong Kong Philharmonic, appearing often as a concerto soloist. From 1988-2000 he was a member of the Contemporary Music Forum of Washington D.C. in residence at the Corcoran Gallery, taking part in premiere performances of many works by noted composers.

Mr. Silver has performed with the Baltimore Symphony and the Pittsburgh Symphony Orchestra, including Carnegie Hall concerts with David Zinman and Lorin Maazel. He has been a concerto soloist with the Washington Chamber Symphony, The National Chamber Orchestra, the Roanoke Symphony and others. He has played under many of the leading conductors of recent decades, including Seiji Ozawa, Leonard Bernstein and Andre Previn. His festival credits include Tanglewood and Aspen and he now spends his summers at the Interlochen Arts Camp, where he has been a faculty member since 1991. In recent seasons he has performed in Europe and Asia, as well as having been a featured performer on National Public Radios "Performance Today" for domestic concerts. He has recorded for Marco Polo, Naxos and CRI.

A graduate of Northwestern University and the University of Michigan, his teachers have included Thomas Peterson, Robert Marcellus and Deborah Chodacki. Mr. Silver has taught previously at the Chinese University of Hong Kong and the Hong Kong Academy for the Performing Arts, Towson University (MD), and the Baltimore School for the Arts. In demand as a clinician and adjudicator, he has served on panels in the United States, Asia and Australia.