Imagine packing up your life—maybe in a carry-on suitcase or even just a backpack—and driving to the most crowded city in the country to start a new life. All that lies ahead of you are bright lights and big uncertainty, but you trust your drive and your talent enough to push forward.

Right now, there are at least 125 College of Music alumni living in New York City, many of whom have stories just like that to tell. And all of them are New Yorkers now, brought together in a city of 8.6 million by their Music Buff status and the College of Music emeritus professor known as the “mom” of their ambitious group. 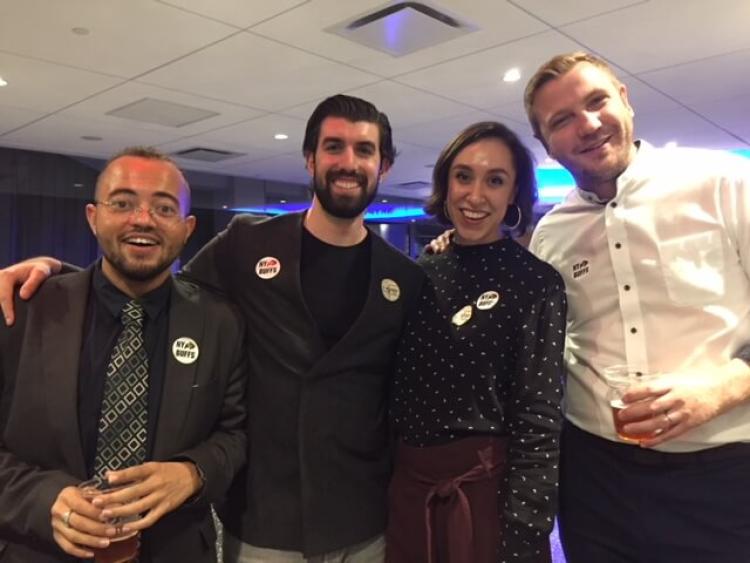 Act I: The Decision

Professor Emeritus of Cello Judith Glyde cut her teeth as a musician in New York for 25 years as a founding member of the Manhattan Quartet. She left for another quarter-century to teach in Boulder and help form the College of Music’s study-abroad program in Italy, and then she decided to return to her old stomping grounds.

The move brought her closer to her son and his family, but ever the connector, Glyde also felt compelled to use the opportunity to tend to her other family: graduates of the College of Music.

“I’ve always felt that we need to figure out a way to help our alumni stay involved and supported. It’s wonderful to connect a young person with someone further along in their career and see how thrilled they are,” she says. “It started off as this idea that I could be the mom in New York, helping CU alumni meet each other.

“Also of great importance to me is to just be there if they need help or want to talk.”

Glyde has moved seamlessly into the role since she took up residence in the city, building a community of Music Buffs that meets regularly on Facebook and in various storybook pizza places, wine bars and coffee shops throughout Manhattan.

The connections have been life altering for Nora Barpal (BM ’18). She had been living in New York for a couple of weeks, going to school full-time for arts administration at NYU, working full-time in the New York Department of Education and part-time as an arts administrator, connecting with anyone and everyone she could, when Glyde reached out to her.

“She introduced herself on Facebook and was immediately so helpful and kind,” Barpal says.

The conversation led to dinner with Glyde and fellow alumna Mairi Dorman-Phaneuf (DMA ’07).

“And Mairi casually mentioned that she plays cello on the 'Last Five Years' soundtrack—which is one of my favorite musicals,” Barpal recalls. “She was the epitome of great cello playing and I had listened to her for about 10 years, then I met her.”

Networking, Barpal says, was the quickest lesson she had to learn upon moving to New York from her summer job in Aspen. As a frequent subway rider, she’s already put her natural talent for striking up conversations to use. “One girl I met on the subway, on the second day I was here, is getting her master’s in stage management at Columbia. We’ve become good friends and have gone to shows together.”

Amy Marie Stewart (BM ’07) arrived in New York nearly a decade ago with her then-husband, hoping to grow her career as an opera singer. She had spent a few years getting her master’s degree in Chicago and felt ready to make the leap to the Big Apple.

“It was a perfect stepping stone. It would have been a far greater shock if I had come straight out of undergrad,” Stewart says.

Get connected with other alumni!
Visit the Alumni section of the website to read about fellow Music Buff accomplishments and join Music Buff Connect, our online network for career advice and opportunities.

Stewart took auditions and struggled to get her opera feet under her for a few years before she realized that she had some big decisions—and big life changes—ahead of her if she was going to succeed. She and her husband divorced and she set her sights on musical theatre.

“Up to that point, I was suffering a lot of imposter syndrome,” Stewart recalls. “Then I had this opportunity to rebuild everything. I tell my young students all the time: There is nothing I would recommend more to a young woman than a really traumatic heartbreak in your late 20s.”

Now, Stewart is living multiple dreams—teaching voice lessons, working as a singer and actress and leading her own music theory workshop for aspiring actors. A couple of years ago, Stewart connected with fellow alum Keith Gordon (BM ’89) at the first New York College of Music alumni panel. Thanks to the meeting, Gordon had Stewart perform in a reading for his upcoming musical Mary Modern.

“When I met her, I knew that she would be ready to read music, being a vocal major from CU. I’m a big believer in the CU network,” he says.

Gordon got his start in New York at an ad agency, writing jingles. Now he's an in-demand composer and lyricist with several productions under his belt. He says the city and its many opportunities are what you make of them.

“You need to be in the right place at the right time, so you need to facilitate your luck and put yourself in those situations,” he explains. “And in order to do that, you need to leverage your connections—especially in music and theatre performance.”

Adds Stewart, “You need to think of other artists not just as your friends but as your creative inspiration as well.”

Leenya Rideout (BM ’91) was in New York in 1993, staying with a friend for a few days, when she went to a handful of auditions that she read about in a trade paper. To her surprise, she was offered the lead in a traveling production of "My Fair Lady."

“I was only there for a few days originally, but then the show led to reviews, friends who I could sublet from, and the ability to save up thousands of dollars so that when I did come here permanently to do auditions, I could take the time to do that,” Rideout says.

“Within a couple of years, I got my first Broadway show, in the chorus for Cabaret.”

Since officially moving to New York in 1995, Rideout has had several different runs on and off Broadway—including her acclaimed one-woman show "Wild Abandon"—and now lives in Midtown with her actor husband. She says despite some regional productions that cause her to travel from time to time, they make it work.

“If you’re with someone who’s not in the business and they come home as you’re leaving for work, it’s hard. But this spring, for example, I’ll be in 'August Rush' in Chicago for six weeks, while he’s here doing 'To Kill a Mockingbird.' So there are tradeoffs.”

Rideout reiterates that the most important thing young musicians can do when moving to New York—besides saving up as much money as they can—is never forget why they came.

“It takes grit, fearlessness and tenacity. Of course I had other options, but I didn’t consider them. Of course there are moments where I’d like to have a house with a two-car garage and two steady incomes, but that’s when you get a call for a Broadway show and it pulls you back in.”

And never forget that there are people like Judith Glyde out there who want to see you succeed.

“You have to remember that everyone here was once the new kid,” Barpal says. “People are much nicer than they get credit for—you just can’t be afraid to ask for help.” 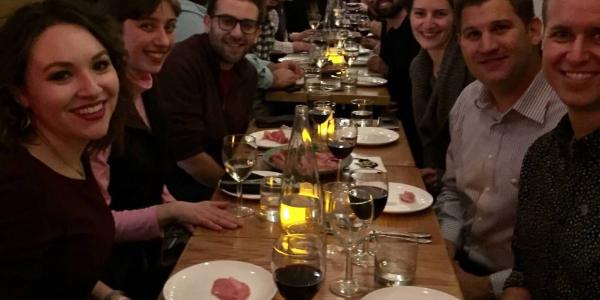 Music Buffs have built a network to support each other in New York City. END_OF_DOCUMENT_TOKEN_TO_BE_REPLACED 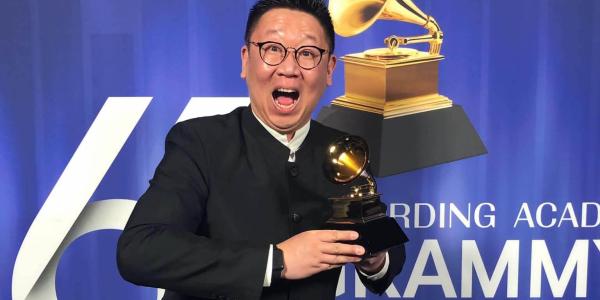 It was a big year at the Grammy Awards for College of Music alumni. END_OF_DOCUMENT_TOKEN_TO_BE_REPLACED 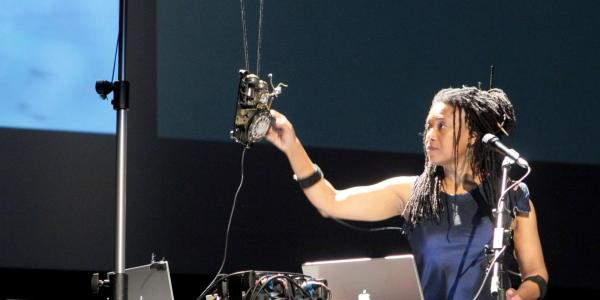 Multimedia artist Pamela Z (BM ’78) was one of just two composers awarded with the coveted fellowship at the American Academy in Rome this April. END_OF_DOCUMENT_TOKEN_TO_BE_REPLACED
Back to Colorado Music Magazine: Alumni
Return to the top of the page