The alumni and former faculty of the College of Music have made names for themselves as performers, composers, educators and music scholars in institutions around the world. We spoke with a few of them as they looked back on their experiences in Boulder. 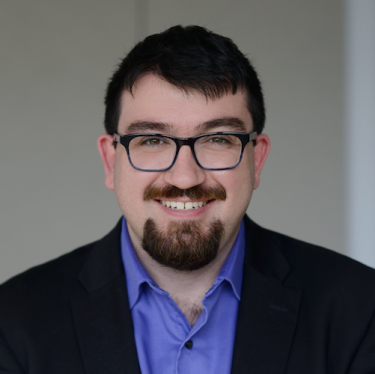 “I am excited and proud to be asked to contribute to the 100th anniversary celebrations. As I never tire of telling anyone who will listen, my education at CU Boulder was as good or better than anything I learned at Juilliard or Eastman ... In my research, I’m currently looking at how university archival recordings can track the growth and changes of an academic area. In the case of Boulder’s piano area, it will be fairly easy to track a significant change with the arrival of David Burge in the 1960s—he revitalized the department and helped effect a shift from fairly conservative to much more open in nature. [But even in the 1950s] Howard Waltz was playing Cage prepared piano works,  and Paul Parmelee played many recent pieces by Colorado students and faculty." 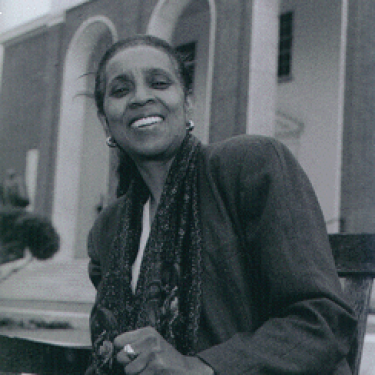 Teacher, administrator and dean of the Peabody Conservatory of Music (1983-95)

“I studied with Storm Bull, who was short of stature and intimidating to everyone but me! We eventually got to know and appreciate each other well though. We found out that we’d grown up in same town, Chicago, and were even more pleased to discover that we had both attended the University of Chicago Laboratory School, with its long history of progressive education. Storm was a terrific musician and quality person but a self-conscious public performer. I think that he felt he had somehow fallen short of the achievements of his impressive Norwegian ancestors, violinist Ole Bull and the composer Edvard Grieg ... I worked to organize the Boulder’s Children Chorus in the 1970s, so that there would be a place for my children to participate in artistic activities in what was still a fairly small town. I recall thinking that Boulder did not always appreciate the talent it had in residence during that time, figures like Jean Berger and Andor Toth.” 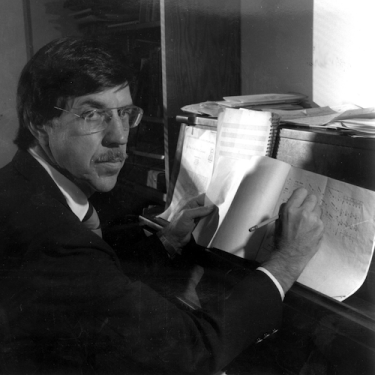 "[After I was hired and George Crumb had left for the University of Pennsylvania], new music remained prominent. We had fun. We ran a dangerous game of contemporary stuff because there were no bona fide masterpieces, and so we tested the waters of the new at every turn—bad and good, we created an excitement of the moment ... I was the sole host of these [Boulder] parties. There were 14 or so in all. I loved to cook and so did that, hired the star players and sidemen and wrote most of the arrangements. The idea was to have an evening as a forum for [student] Spike Robinson to play—to have everyone to hear him—and a varied set of circumstances for him to express himself. The parties were held at the Stage Door Theater at 17th and Pearl). For the 100 guests it was food and jazz for about $20. It was a truly beautiful time.” 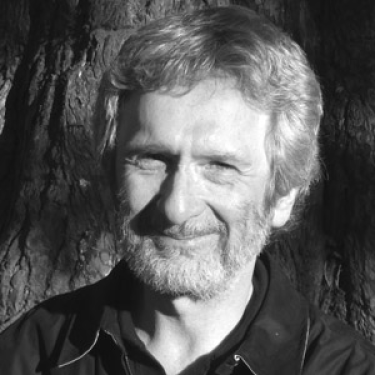 “I certainly lucked out placing into an intensified [music] theory sequence with the best teacher I’ve known, Gregory Biss, who was serving in a one-year appointment ... I admired and appreciated Keith Wallingford, Alan Luhring and, of course, David Burge ... [My composition teacher Cecil] Effinger was remarkably tolerant of my repeated requests to waive (or substitute) courses; he called me Mr. Exception. Bill Kearns [was] very friendly and Wayne Scott was a terrific guy—a very engaged and enthusiastic classroom teacher, especially in jazz history, his real love. But he also came to our aid when others didn’t (or wouldn’t) do so, most importantly by agreeing to back my friend Mark and me in our bid to teach a course in the Experimental Studies Division [outside of the college].”

Read more alumni stories in the forthcoming book, "Music at the University of Colorado," written by Professor Emeritus Tom Riis

Music was wafting through the air at CU Boulder from the moment students first appeared on campus in 1877—the daughter of the university’s first president Joseph Sewall, was reportedly an accomplished singer! Not surprisingly, music quickly became an indispensable element in the social activities, sporting events, and ceremonial life of the university. But the growth of musical programs in the College of Music, curricular innovations, and the achievements of musicians in and around Boulder, especially since its formal establishment in 1920, have been substantial—much more than an entertaining side show. Early on, energetic teachers recruited from across the country along with world famous visiting performers were inspiring audiences of all ages across the Front Range. And the story continues today.

In order to celebrate the Centennial of the founding of the College of Music, Tom Riis, emeritus professor of musicology and director of CU’s American Music Research Center (1992-2018), has written a soon-to-be-published book filled with historical details about the many institution builders in the town and university, dynamic men and women often on the cutting edge of national trends—whose fame after leaving Boulder, while familiar to historians, is less known or celebrated here. To fill in this fascinating part of Colorado’s history, Riis tells stories of many accomplished professors, visionary leaders, and talented students as well as the development of the college that can be justly numbered among the best of its kind in the country. Look for the book to come out in 2019!