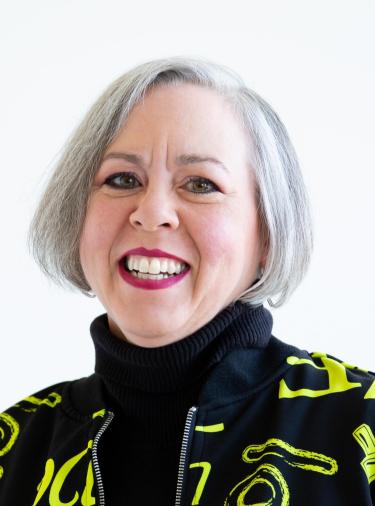 Ann Piano joined the Eklund Opera Program production staff in 2021, after filling in as a contractor for “It’s a Wonderful Life,” “The Marriage of Figaro,” “Hansel and Gretel” and “Agrippina.”

Piano costumed over 10 productions for the Curious Theatre, winning the John Moore True West Award for “The Elaborate Entrance of Chad Deity.” Additionally, she has designed over 20 productions for Miners Alley Playhouse and was nominated for the 2009 Henry Award for “Hayfever.” Piano has further costumed for companies such as the Theatre Or, the Aurora Fox Theater and Performance Now, and has also created dance costumes for Michelle Ellsworth, Kim Robards Dance Company and Wonderbound.

In 2003, Piano assumed the role of costume coordinator for Opera Colorado, designing costumes for “Don Giovanni,” “Carmen” and “The Magic Flute.” She also managed the costume shop for Central City Opera, 2004-2007. In 2016, she became the resident costume designer for Opera Steamboat. Nationally, she has worked as a draper for Los Angeles Opera, Houston Grand Opera and Santa Fe Opera. From 2014-2017, she built costumes for Santa Fe Opera from her home shop. In 2019, she designed “Tosca” for Bravo! Vail.

Piano earned a Bachelor of Fine Arts in fashion design with a minor in fine art from Stephens College in Columbia, Missouri. When her love for the performing arts was reignited as a volunteer for the Colorado Shakespeare Festival in 1998, Piano attended CU Boulder’s Department of Theatre & Dance.

Piano loves spending time in the mountains with her family and an ever-growing dog pack.