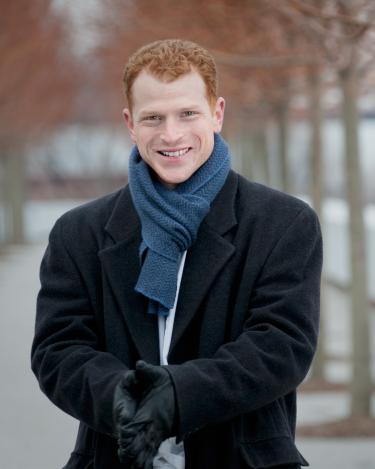 Baritone Andrew Garland is widely recognized as a leader in recital work with dozens of performances around the country including Carnegie Hall with pianist Warren Jones and programs of modern American songs all over the Unites States and in Canada. Jones, Marilyn Horne, Steven Blier, a number of American composers and several major music publications all endorse him as a highly communicative singer leading the way for the song recital into the 21st Century.

He brings his highly communicative style to the concert stage with orchestras including the Atlanta Symphony, Boston Baroque, The Handel and Haydn Society, Boston Youth Symphony, National Philharmonic, Albany Symphony, Washington Master Chorale at the Kennedy Center and National Chorale at Lincoln Center.

Garland is a regular with the New York Festival of Song (NYFOS) and has given multiple recitals at Carnegie Hall, the Ravinia festival as well as Vocal Arts DC, Marilyn Horne Foundation, The Bard Festival, Camerata Pacifica, Andre-Turp Society in Montreal, Voce at Pace, Huntsville Chamber Music Guild, Fort Worth Opera, Seattle Opera, Fanfare in Hammond, LA, Cincinnati Matinee Musicale, Cincinnati Song Initiative, Tuesday Morning Music Club and dozens of college music series around the country. In 2014 he was the featured recitalist for the NATS National convention where that organization’s president declared him “the next Thomas Hampson.”

His latest solo CD American Portraits (with Donna Loewy, piano) went to Number 1 on Amazon classical. Garland has five other recordings on the Telarc, Naxos, Roven Records and Azica Labels.

During the 2016 – 2017 season, Garland performed in the world premiere of William Bolcom’s "Dinner at Eight" with Minnesota Opera, joins the Houston Symphony for the world premiere of "The Conquest Requiem" by Gabriela Lena Frank, debuts as Prior Walter in "Angels in America" with New York City Opera, reprises Guglielmo in "Cosí fan tutte" with Ash Lawn Opera and Dancaïre in "Carmen" with Boston Lyric Opera. On the concert stage he joins the New York Festival of Song at the Moab Music Festival and National Sawdust, sings "Messiah" with Boston Baroque and Colorado Bach Ensemble, sings in orchestral performances of Vaughan Williams’ "Five Mystical Songs," "Dona Nobis Pacem" and "Hodie," solos in the Bach B Minor Mass with the Amherst Bach Festival and sings recitals in Cincinnati, Indianapolis, Boston, Fort Worth, Springfield, Boulder and other cities.

The 2015-2016 season was highlighted by his return to Seattle Opera as Harlekin in "Ariadne auf Naxos." During previous seasons he joined Boston Baroque as Papageno in Die Zauberflöte where the Boston Globe said “He had the audience in the palm of his hand.” He also returned to Boston Lyric Opera in "La Bohème," Bob Jones University at Dandini in "La Cenerentola," and made his debut with the Colorado Symphony for performances of "Messiah." Other highlights include Dandini with Opera Philadelphia and Fort Worth Opera, Mercurio (La Calisto) and the title role in Galileo Galilei (by Philip Glass) at Cincinnati Opera, and Riolobo (Florencia en el Amazonas) and Schaunard (La Bohème) at Seattle Opera.

Particularly suited for baroque repertoire, Garland has sung numerous performances with Boston Baroque, The Handel and Haydn Society, and the Colorado Bach Ensemble and sang in Cincinnati Opera’s first Baroque production (La Calisto). He has also soloed with Emmanuel Music in Boston.

Garland is the winner of the Lavinia Jensen, NATSAA, Washington International, American Traditions, NATS and Opera Columbus Competition  and was a prize winner in the Montreal International, Jose Iturbi, Gerda Lissner, McCammon and Palm Beach International Competitions. He was an apprentice at the San Francisco Opera Center and the Seattle Opera and Cincinnati Opera Young Artists programs.