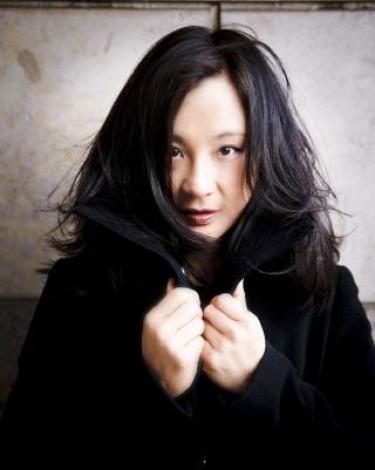 A native of Montréal, Alexandra Nguyen maintains a diverse career as a collaborative pianist, teacher, and arts administrator. She is an accomplished pianist who has appeared throughout the United States and Canada, including performances at Weill Hall at Carnegie Hall (New York, NY), The Barns at Wolf Trap (Vienna, VA), Merkin Hall at the Kaufman Center (New York, NY), the Teatro Nacional (Panama City, Panama), BargeMusic (Brooklyn, NY), the Strings Music Festival (Steamboat Springs, CO), and the Societe Pro Musica Chamber Music Series (Montréal, Canada); recent performances include concerts with violinist Andrés Cárdenes, baritone Patrick Mason, as well as bassoonist Peter Kolkay, a long-standing collaboration. She has been an invited speaker at the National Association of Schools of Music Annual Meeting, the College Music Society Annual Conference, the Music Teachers National Association National Convention, and the National Conference on Keyboard Pedagogy.

As Associate Professor of Collaborative Piano at the University of Colorado at Boulder, Dr. Nguyen co-directs the graduate programs in collaborative piano and coordinates accompanying services at the College of Music. She was formerly the Assistant Dean of Academic Affairs at the Eastman School of Music, where she also held part-time faculty appointments in the piano and chamber music departments. Other prior appointments include Administrative Director of the Montréal Chamber Music Festival, Director of Career Services at the Eastman School, and piano faculty at the David Hochstein Memorial School for Music and Dance.

Dr. Nguyen is Chair of the Collaborative Committee for the National Conference on Keyboard Pedagogy and served on the steering committee for the Music Teachers National Association’s Year of Collaborative Music. A frequent adjudicator, she has served on the juries of the Eastman International Young Artists Piano Competition, the Gina Bachauer Junior and Young Artists Competition, and MusicFest Northwest, among others. Nguyen was the founder and director of the summer institute, Plays Well With Others, at the Eastman School of Music. She was a member of The Quartet Program West faculty, and served as répétiteur for the 2012 Opera Orvieto program in Orvieto, Italy.

Alexandra Nguyen completed her graduate degrees in Piano Accompanying and Chamber Music under the guidance of Jean Barr at the Eastman School of Music where she was awarded the first Performer’s Certificate in Piano Accompanying and Chamber Music. She has studied with pedagogues such as Douglas Humpherys, Anne Epperson, Madeleine Bélanger, and Suzanne Goyette, and holds a Bachelor of Science degree from McGill University and a Premier Prix from the Conservatoire de musique du Québec a Montréal.