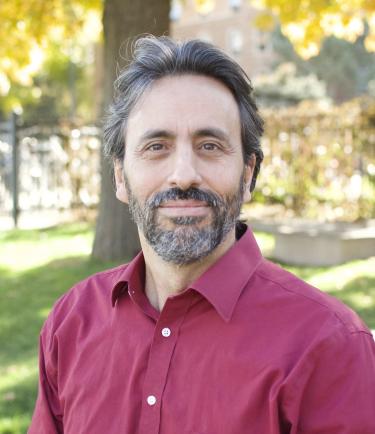 Cremaschi is in demand as a specialist on Latin American piano music. He is the editor and recording artist for the new edition of Alberto Ginastera's Doce Preludios Americanos, published by Carl Fischer Publishing in 2016. Between 1996 and 2002, he was a member of the Argentine Foundation “Ostinato,” founded and directed by his former teacher Dora De Marinis. As a member of this foundation, and in collaboration with other members, he recorded Argentine music for the labels IRCO, Ostinato and Marco Polo, and participated in concert tours in the US and Europe. Since 2004, he actively collaborated with the Argentine composer and CU professor emeritus Luis Jorge Gonzalez until his death in 2016. His recordings of solo and chamber music by Gonzalez have been released in the CDs Las Puertas del Tiempo (2009), Fervor (2012) and Tango:Body and Soul (2015) by the British label Meridian Records. Las Puertas del Tiempo was praised by Fanfare Magazine as “exemplary.”

Cremaschi’s current pedagogical research areas include concert repertoire and pedagogical music by Argentine and Latin American composers; the use of technology for remote teaching and as an aid the acquisition and training of music reading skills; the influence of self-efficacy beliefs in piano students’ achievement, motivation and practicing strategies; cultural and social aspects of piano study in Latin America; and the study and implementation of cooperative learning strategies in the piano classroom. He has been a presenter at national and international conferences including numerous Music Teachers National Association annual conferences, College Music Society national and international conferences, and the International Society for Music Education conference, as well as several webinars and online panels for the Frances Clark Center for Keyboard Pedagogy and the Peabody Institute. He has published articles and reviews in the Research Studies in Music Education journal, Journal of Music, Technology and Education, European Piano Teachers Association magazine, the Journal for Technology in Music Teaching, the Piano Pedagogy Forum online journal, Clavier, The Instrumentalist, the Keyboard Companion and the Piano Magazine.

Alejandro Cremaschi teaches piano pedagogy, applied piano and class piano, and coordinates the class piano area and the Youth Piano Program at CU. He was the President of the Colorado State Music Teachers Association between 2012 and 2014.