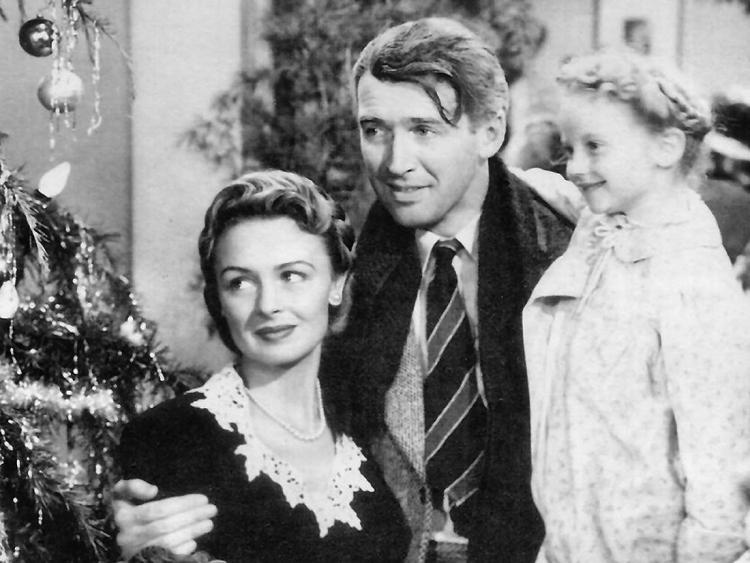 One of the most beloved onscreen holiday classics has been taking the opera stage by storm since 2016. After touring across the United States, esteemed composer Jake Heggie and renowned librettist Gene Scheer’s "It’s a Wonderful Life" returns home to the Eklund Opera Program and Macky Auditorium—this time in its final stage with a few exciting alterations.

When Heggie was first commissioned to create a holiday-themed opera by a friend at Houston Grand Opera, he was faced with the challenge of choosing a story that could be translated into an operatic production. After wading through classics like "How the Grinch Stole Christmas," "A Charlie Brown Christmas" and "Frosty the Snowman," Heggie landed on "It’s a Wonderful Life."

“At its core, there's a man thinking of taking his life because he doesn't recognize his value on the planet. With magic realism, an angel comes and intervenes and shows him the value of his life. There is a great sense of redemption. Those are all great elements for an operatic landscape,” Heggie explained.

The opera will feature the familiar and widely adored story of George Bailey in the small town of Bedford Falls. Bailey dreams of leaving town to explore the far corners of the world. But after he marries his sweetheart Mary Hatch and develops deeper roots in the town, that dream slowly becomes quashed. His father dies suddenly, and the town banker threatens to overrun his family business, the Building and Loan, in the aftermath.

However, Bailey’s visions of adventure nearly obscure how truly wonderful his life is. On Christmas Eve, Bailey’s emotional turmoil comes to a head when a horrible mistake threatens to dismantle the Building and Loan and land him in jail. In a dark moment—feeling he’s betrayed his family and close to taking his own life—Bailey is visited by a guardian angel sent down to his aid. However, the angel isn’t quite as you might remember.

“In the movie, it's Clarence, but in the opera it is Clara,” Heggie noted. “She walks with him step-by-step through the most important events of his life where his presence changed the course of other people's lives. It’s then that he recognizes his value as a human being and as a person.”

Not unlike the story of George Bailey, the operatic production of "It’s a Wonderful Life" has taken a rather winding but full-circle path in order to return to CU Boulder in its completed incarnation.

Heggie first brought his draft of the opera to be workshopped at the acclaimed CU New Opera Workshop (CU NOW) in the summer of 2016, where the Eklund Opera Program team spent three weeks digging into and revising the piece until it was performance-ready.

“'It’s a Wonderful Life' is a story about hope and about community. It touched everybody that was part of the workshop that year,” reminisced Leigh Holman, director of the Eklund Opera Program.

The opera then had its world premiere at Houston Grand Opera, but Heggie realized that there was still much work left to be done. After a series of rewrites, cuts and additions, the opera then had a run at Indiana University. This production provided another learning opportunity for Heggie, Scheer and their team to reshape the opera even further.

“The only way you really learn about a theatre piece is when it's up on its feet in front of people. That's when you learn about the information: what's taking too long, what's not long enough, what's missing, and what's extraneous so that you can start trimming,” said Heggie of the process.

When the opera landed next at San Francisco Opera in fall 2017, aspects of the physical production had changed dramatically. Heggie and Scheer had cut an entire character, expanded arias to showcase soaring vocal moments and added two duets that Heggie hopes will provide audiences with a more intimate understanding of the characters.

When the opera returns to Macky Auditorium through the Eklund Opera Program starting Nov. 15, it will feature the same libretto set to a stunning backdrop: a brand new production with freshly designed costumes and sets. Heggie and Scheer couldn’t be more thrilled to be sharing this revamped version of the opera and its heartwarming message with the new cast and to experience the holiday magic alongside the audience on opening night.

“It’s a beautiful story with a big message,” Heggie said. “The film captures it indelibly in this one way, but it lends itself well to telling on the stage as well. I’m very excited about it.” The CU Boulder College of Music: A Century in the Making

In this mini-documentary, Professor Emeritus Thomas Riis and College of Music students reflect on the first 100 years of music at CU Boulder and what the next century could hold as the college celebrates its Centennial. END_OF_DOCUMENT_TOKEN_TO_BE_REPLACED 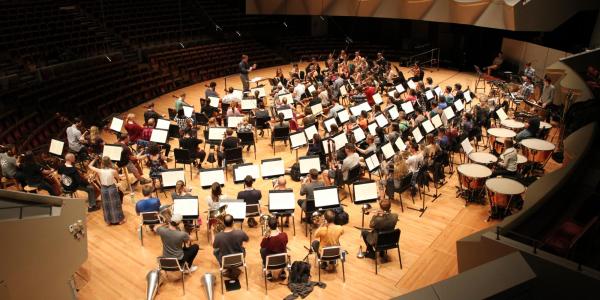 Music 100 years in the making

The College of Music is thrilled to celebrate its Centennial with a beautifully planned series of concerts, presentations and other events, culminating in the dedication of the new wing of Imig Music Building next fall. END_OF_DOCUMENT_TOKEN_TO_BE_REPLACED 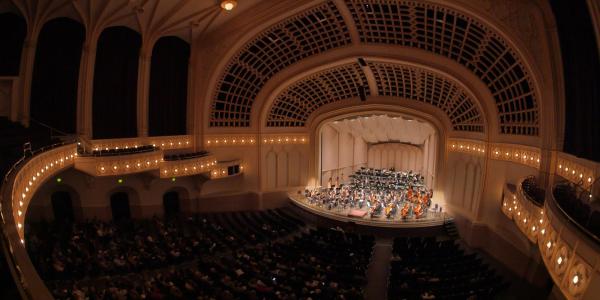 The College of Music encourages applications for a graduate academic service & admission assistant. END_OF_DOCUMENT_TOKEN_TO_BE_REPLACED
Return to the top of the page