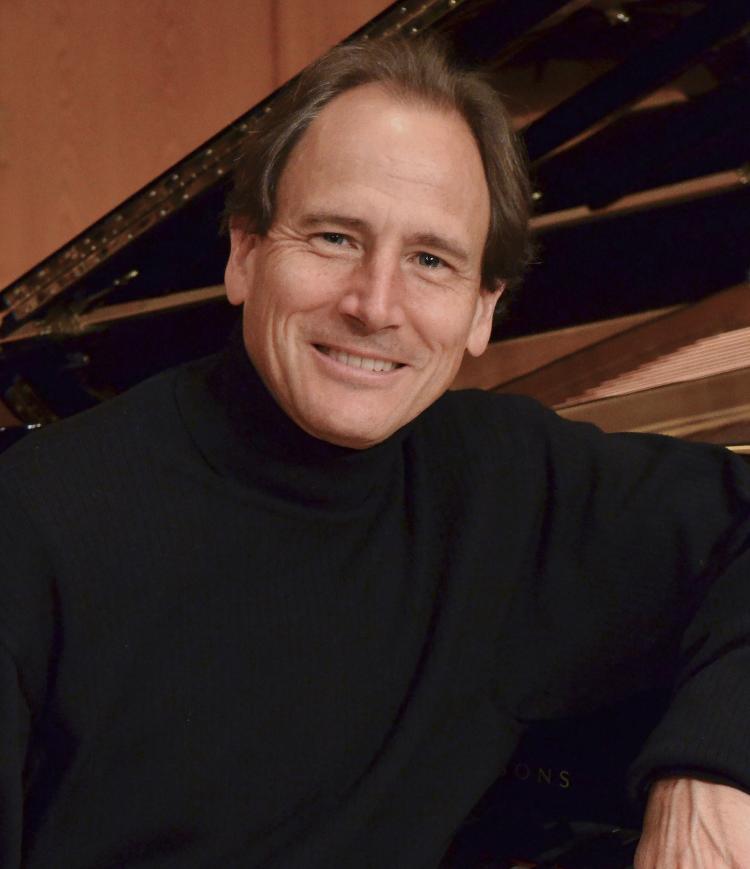 For just the second time ever, the College of Music has the honor of calling one of its own “Distinguished Professor.”

In August, a committee made up of distinguished professors from across the University of Colorado system voted to give Professor of Piano and Helen and Peter Weil Faculty Fellow David Korevaar the award. One of just 106 CU professors to have earned the distinction since it was first created in 1977, Korevaar received final approval—and notification of the honor—from new University of Colorado President Mark Kennedy.

“I got a phone call out of the blue from Kennedy. I was a bit surprised to get a call from the president—after all, it was the first time in 19 years—but I figured it was because I’d been a part of [an earlier meeting with a number of faculty]. So, I was pretty much floored when he told me!”

“While I’d been fully aware that my name had been put in the pool, I did not expect the honor to come to me given the amazing contributions of so many in so many fields in the CU system,” Korevaar says. “I’m completely blown away at the support I received from friends and colleagues both within and outside the university.”

Korevaar’s nomination was led by Dean Emeritus Daniel Sher. Senior Sophia Zervas, who studies piano with Korevaar, was happy to submit a letter of recommendation as part of the nomination packet. “He is one of the most supportive teachers I have worked with,” she says. “Dr. Korevaar is intentional about helping students develop their own musical ideas and voice. Rather than imposing expectations as a professor, he encourages us to explore unique paths of interest. In addition, despite his busy schedule, he invests in every one of his students on a personal as well as professional level, and I have witnessed firsthand his empathy and care for each member of his studio.

Zervas, who is a double major in piano performance and voice performance, has studied with Korevaar since middle school. She says his support has helped her immensely.

“Throughout my past three years of double majoring, he has taken interest in my vocal endeavors as well as my pianistic ones. In addition to attending my solo and chamber piano recitals, he has come to voice competitions, recitals and operas that I have performed in.”

Korevaar humbly gives much of the credit for the honor to his colleagues at the College of Music, from the keyboard area to other instrumentalists, musicology to music theory faculty, and staff and administrative support.

“This distinction could never have come to me if we didn’t have such an amazing community. We are a remarkably collaborative and collegial group, with faculty, staff and supporters from the community all pulling together to pass our passion for music on in every possible way.

“In short, I think this distinction is for the college, not so much for me alone, and it speaks to our centrality to musical life not just in Boulder but throughout the state. We are an important public face of the university, reaching a wide audience.”

When asked who he wanted to thank, Korevaar said there were too many people to name, but did specifically mention “Dan Sher, who believed in me from the first time we met in the spring of 2000. Becky Roser, for everything she does. Judith Glyde and Bob Spillman, who also believed in me from way back.”

A new member of the College of Music faculty shares his approach to preparing students to become universal musicians, and fostering an environment of diversity and inclusivity. “It's not about hyper-specialization, but about flexibility, creativity and keeping an open mind,” he says. END_OF_DOCUMENT_TOKEN_TO_BE_REPLACED
Return to the top of the page