Bringing the world to Boulder 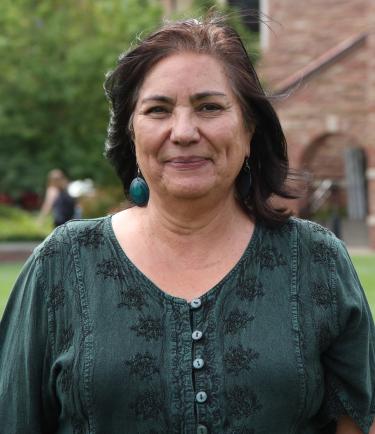 Ethnomusicology—defined by Professor Brenda M. Romero as “the holistic study of music-making in all traditions”—has existed in tangent with the field of Anthropology as “Comparative Musicology” since the late 19th century and as “Ethnomusicology" since the mid 20th century.

At the CU Boulder College of Music, it has existed since 1988, when Brenda Romero joined the faculty and founded the college’s ethnomusicology program.

“That’s why I was hired,” Romero says. “And it’s been a privilege for 31 years to be able to share that vision and see it grow with the help of so many people.”

During her three decades at the college, Professor Romero has seen a lot change. First it was just her, working with strong support from the then-Dean Robert Fink and musicologist John Galm in growing an academic area from three classes to a complete program. Then came more students and more faculty members with a range of backgrounds and areas of interest. The West African Highlife Ensemble, the Japanese Ensemble, the Gamelan Ensemble, the Latin American Ensemble, courses in medical ethnomusicology and progressive rock and myriad other subjects followed. As she looks back, Romero says her goal was always to provide access to different kinds of music—for all kinds of people.

“It’s one of the reasons I became an ethnomusicologist: I have felt a personal, spiritual obligation to create more access for everyone. The more access people have to music making, the better the world will be.”

This spring, Romero retired from teaching. But music will remain a big part of her life—much like it has since she was a child growing up in New Mexico. She began singing at age 2 and learning piano at age 11, then taught herself ukulele and started studying classical guitar and voice later on during college.

In high school, music collided with another of Romero’s passions.

“My high school language teacher was a talented polyglot,” she explains. “I already spoke Spanish, and I was able to study German, Russian and Arabic from him. Then, during my senior year, I started studying French with a new language teacher, who turned out to be a jazz lyricist.

“That opened my eyes not only to the world of languages, but also to new kinds of music, and particularly to deep listening in music.”

Romero began classical voice and guitar studies as a freshman at the University of New Mexico, but was hesitant to declare a music major until three years later, during her sophomore year at the University of California, Berkeley, where she declared an ethnomusicology major (though she knew she would eventually have to transfer to the UCLA program to complete the degree). She studied two terms at UC Berkeley before taking time off to raise her first child with her husband in Australia.

“While I was there, I studied voice at the conservatory in Brisbane with the wife of the chairman of the music department at Queensland University,” Romero recalls. “I took composition lessons with her son. I remember her encouraging me to go back to school for a music degree, and while I still didn’t feel certain, her words stayed with me.”

When Romero moved back to the U.S. three years later, she was pregnant with her second daughter. She enrolled in the University of New Mexico and declared a major in Latin American Studies. “I did a semester abroad in Ecuador and took my children with me,” she explains. “My marriage was ending, and it was such a disappointment, but that’s when I began to feel compelled to go after a degree in applied music, in this case composition.”

She came back from Ecuador and did just that, declaring a major in Music Theory and Composition in Spring 1978 and earning her bachelor’s and master’s degrees in 1983 and 1986, respectively. During her time in Albuquerque, Romero began to receive important commissions, but suspended composition soon after she received a fellowship to study ethnomusicology at UCLA. She had finally found her home in music.

During the fall of her second year in graduate school, she received a recruitment letter from CU Boulder Americanist Professor Bill Kearns. Eager to get more experience in academia, Romero accepted the offer to come to Boulder and start an ethnomusicology program, which necessarily overlapped with completing fieldwork and a doctoral dissertation in 1993; she is the first in her family to attain a doctoral degree.

“I had gone my whole life believing I couldn’t be a professional musician. And then when I was 39, I got this job and came here.” 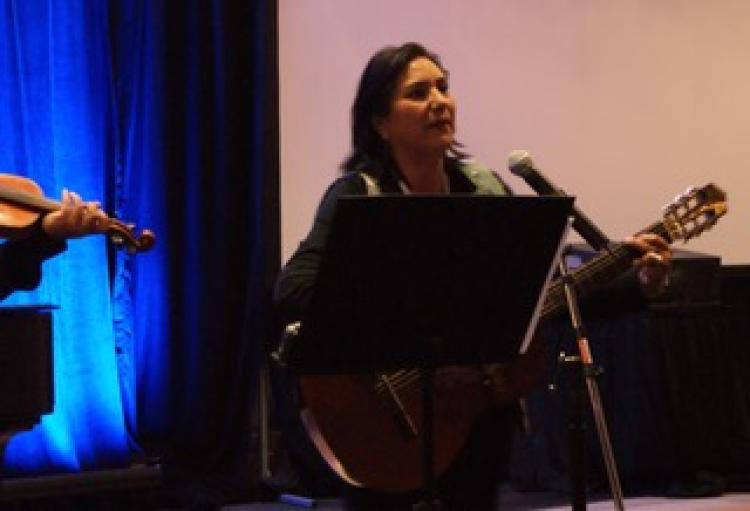 A renowned ethnomusicologist, Romero’s research and performance have focused on the pantomimed Matachines music and dance and other folk music genres that reflect both Spanish and Native American origins. Indeed, in 2008 she recorded a CD singing historical folksongs from New Mexico. Romero has also twice conducted research with the help of Fulbright grants, in Colombia and Mexico. All the while, she helped usher in a new era for music in Boulder—a job she says wasn’t always easy.

“But if you never tried to change anything, you would never run against any obstacles,” she says. “Even though there were hard times and I was under a lot of stress for many years, I’m consoled by the fact that change has taken hold. We have four rock-solid ethnomusicologists now, and faculty throughout the college have greater freedom to offer courses that are relevant to our students. I would say that is definitely in part because of ethnomusicology.

“I would do it all over again.”

Romero plans to return to her roots in retirement, both geographically and professionally. She’s moving back to her childhood home near Santa Fe, where she’ll work with her neighbors to conserve the beautiful wildlife native to the Rio Grande watershed region and bring musicking to isolated communities.

“I could maybe have a tiny music school and invite musicians I have met over the years to come teach,” she says. “I also plan to finish my book and do more composing, bringing things full circle.”

And she plans to make a gift to the University of Colorado, supporting the interdisciplinary study of music and social justice on all four campuses.

“The use of music to protest is an important area of study,” Romero says. “It gets to the very core of us as musicians. We’re all concerned with the world.

“I am so happy that, after 31 years, I can see students leaving the college thinking about music in different terms—knowing the way music affects them and the different directions it can take them. Ethnomusicology has provided the intellectual space for studying a plethora of diverse kinds of music everywhere, highlighting irrepressible human creativity in all traditions.”

Olivia Huizar Conner shares how her background inspires her to promote Diversity, Equity and Inclusion (DEI) in music. END_OF_DOCUMENT_TOKEN_TO_BE_REPLACED

Alumna Annie Booth shares how the College of Music continues to impact her career as an award-winning jazz pianist, band leader, composer/arranger and educator—and offers valuable career advice. END_OF_DOCUMENT_TOKEN_TO_BE_REPLACED
Return to the top of the page