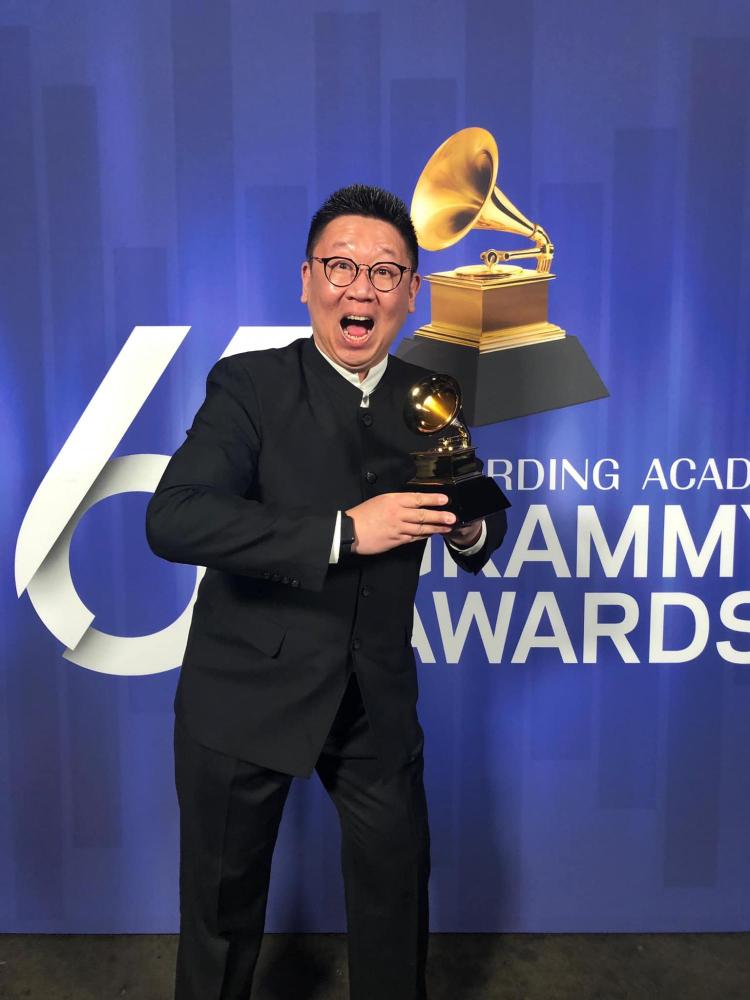 Wei Wu is a Grammy winner for his role in "The (R)Evolution of Steve Jobs." Photo courtesy Wei Wu.

The night of the 61st Grammy Awards was one to remember for College of Music alumnus Wei Wu (MM, PC '13). The bass took home his first Grammy as part of the cast of Mason Bates' opera "The (R)evolution of Steve Jobs."

"It's like a dream come true," Wu told CBS4 news in Denver after receiving the award.

As he and colleagues took the stage, Wu says he couldn't think about anything else. “As a musician ... it means everything you’ve done, the hard work, and all the things from every moment ... it is all paid back,” he told CBS4.

In a post on his personal Facebook page, Wu shared two photos of himself, trophy in hand, with the simple message "Yeah, we made it!"

Wu wasn't the only College of Music family member at the Grammy Awards: Director of Bands Donald McKinney was nominated in the Best Classical Compendium category for his work producing  "John Williams at the Movies" with Dallas Winds, and alumna Tia Fuller was nominated for Best Jazz Instrumental Album for her latest recording, "Diamond Cut." Alumna Erica Brenner also took home the award for Best Classical Solo Vocal Album as a producer of "Songs of Orpheus" featuring Karim Sulayman and ensemble Apollo's Fire. Congratulations to everyone!

To read the full story by CBS4, check out the station's website >>

Assistant Professor of Composition Annika Socolofsky blends the realms of art and science through the Instrument Design Lab (IDL). The course offers a science-based context to instrumentation, sound and musical creation, giving College of Music students a foundation in the science of music. END_OF_DOCUMENT_TOKEN_TO_BE_REPLACED

It was a busy fall for the American Music Research Center (AMRC)! One of the... END_OF_DOCUMENT_TOKEN_TO_BE_REPLACED

Friends, My heart is heavy. Associate Professor of Violin Charles (Chas) Wetherbee passed away on... END_OF_DOCUMENT_TOKEN_TO_BE_REPLACED
Return to the top of the page