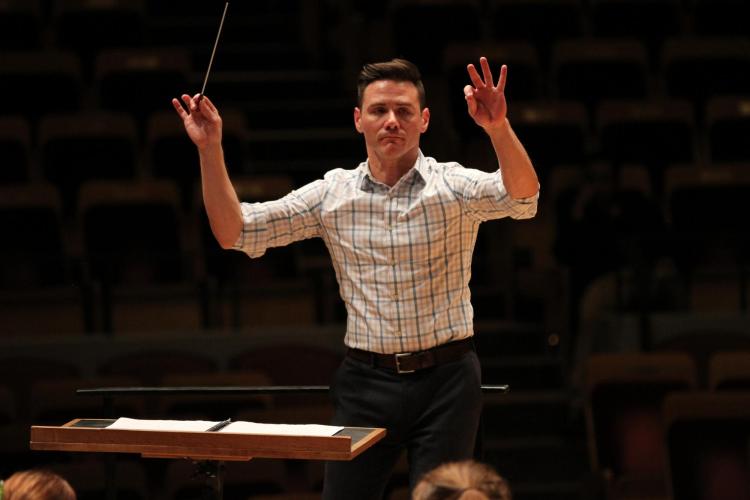 Congratulations are in store for three members of the College of Music community!

Director of Bands Donald McKinney, jazz alumna Tia Fuller (MM '00) and opera alumnus Wei Wu (MM and PC '13) were all on the list of the 2019 Grammy Award nominees, announced on Dec. 7. 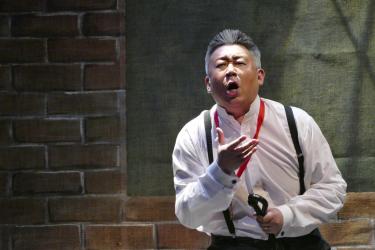 Wei Wu, who appeared in the Eklund Opera Program production of "Sweeney Todd" in March, was nominated in two categories for his work in the Mason Bates' opera "The (R)evolution of Steve Jobs." Wu played Jobs' spiritual advisor Kôbun Chino Otogawa in the work, which had its premiere run at Santa Fe Opera last year. Wu was named among the nominees in the Best Opera Recording and Best Contemporary Classical Composition categories. His upcoming appearances include "Il barbiere di Siviglia" with Washington National Opera and a performance of Verdi's "Requiem" with the West Virginia Symphony. 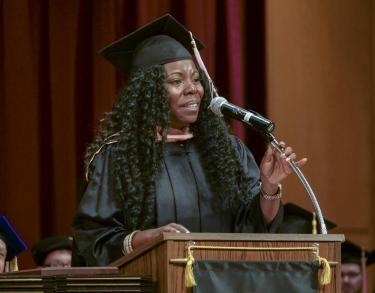 Finally, jazz saxophonist Tia Fuller's new album, "Diamond Cut," was nominated in the Best Jazz Instrumental Album category. Fuller spoke at College of Music commencement in 2018 as a Distinguished Alumni Award winner, and has fashioned a career as one of the top jazz artist-educators in the country. Fuller has been featured on the cover of Saxophone Today, Jazz Education Journal and JazzTimes Magazine and has received numerous other awards and accolades, including winning Downbeat Critic’s Poll “Rising Star” two years in a row. Fuller has toured with Beyoncé and performed at the White House for President Obama; she also teaches full time at Berklee School of Music.

Congratulations to our Music Buff nominees!

Olivia Huizar Conner shares how her background inspires her to promote Diversity, Equity and Inclusion (DEI) in music. END_OF_DOCUMENT_TOKEN_TO_BE_REPLACED

Alumna Annie Booth shares how the College of Music continues to impact her career as an award-winning jazz pianist, band leader, composer/arranger and educator—and offers valuable career advice. END_OF_DOCUMENT_TOKEN_TO_BE_REPLACED
Return to the top of the page