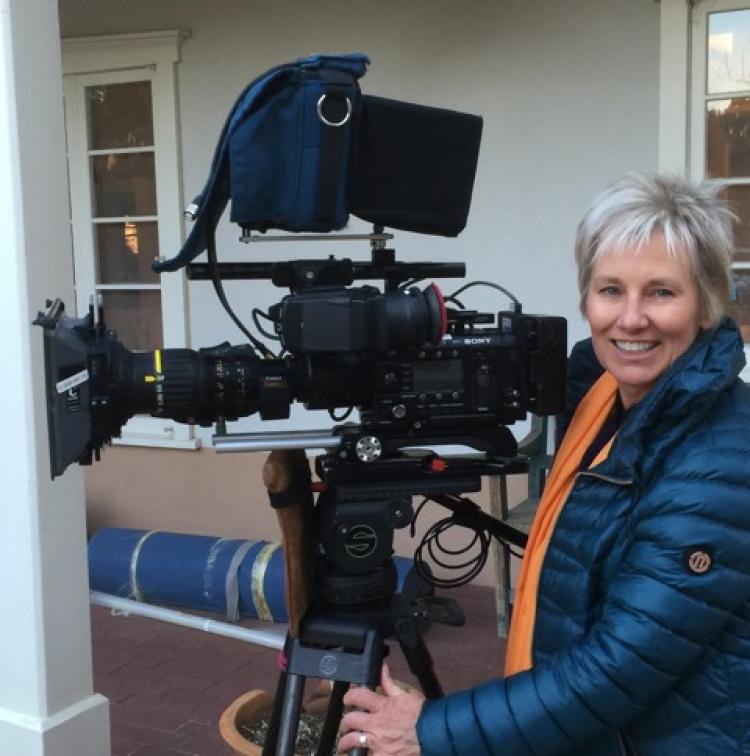 During her career, Barbara Bentree (BME ’80) has collaborated with Mouseketeers, her husband and even her high school classmates.

But through it all, the name of a fellow College of Music graduate kept coming up.

“Little things happened along the way that would bring Dave Grusin into my life. And now, after all these years, I’m very happy to say that we have become friends.”

Friends and, for the time being, interviewer and interviewee. Bentree and her husband John Rangel are producing a documentary about the life and career of Grusin (BM ’56) with their production company Jindojazz and through their signature brand, Musician-Made Films.

“I’m so honored to tell this story,” says Bentree.

Now on her third documentary film, Bentree is also on her third career. After graduating she went to Los Angeles to sing, performing in musical theater and an acapella jazz group. Then came a three-year stint as a music producer on “The Mickey Mouse Club,” during the era that saw Ryan Gosling, Justin Timberlake, Britney Spears, Christina Aquilera and more launch their young careers.

These days, she’s bringing her unique background and musical chops to the documentary film world.

“I think I have an advantage over some filmmakers because of my background in music,” she says. “Storytelling, composition, variation, form and dynamics apply to all art forms, including film, and I learned about these elements through studying and performing music.”

After creating films about women’s reproductive rights and the merits of attending your high school reunion, Bentree says her understanding of music has really come into play as she’s worked with Dave Grusin.

“Sometimes you see documentaries about musicians and know that a musician wasn’t involved. The content they focus on sometimes doesn’t make sense,” she explains. “I think part of why Dave trusted me with this story is because John and I are both musicians and we have the same focus.”

The idea to tell the Oscar-winning composer’s story on film came when Bentree and her husband were on a road trip.

“We were listening to Herbie Hancock’s autobiography on tape. And we thought, if Herbie has a story about his life then Dave should too.”

Since then Bentree says it’s been an honor to share Grusin’s expertise and experience.

“I don’t know how he was able to produce that volume of work at that quality—using the technology the industry had at the time. He was working on several TV shows, scoring films, doing live concerts and starting a record label… all at the same time!

“It’s going to be an inspiring, uplifting film.” 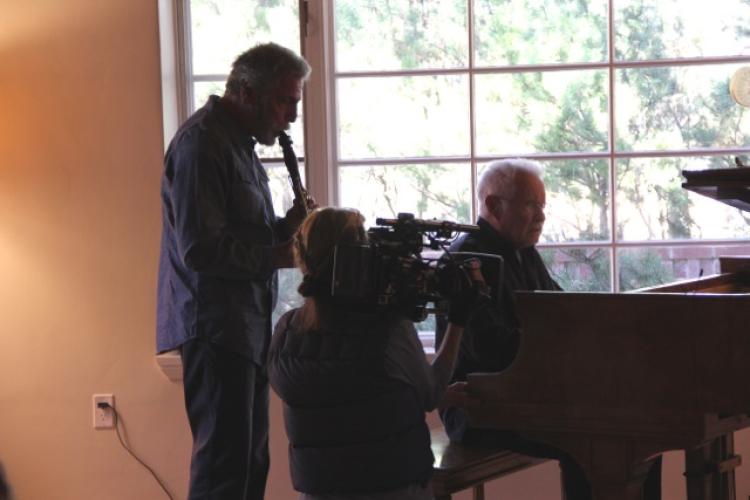 Bentree films composer and alumnus Dave Grusin during the making of a documentary about his life.

In his 50-plus years in the music industry, Grusin has scored dozens of films, including “On Golden Pond” and “Tootsie.” He won an Academy Award for the score for “The Milagro Beanfield War” in 1988.

“He was a part of that incredible evolution in music from pencil and paper to computers.  Dave has a wealth of information and reflection to share about ‘process’ and the state of the industry,” says Bentree.

Bentree says she can see the project turning into a teaching tool as well.

“We asked him specific questions about technology and technique that might appeal to a more niche audience. He’s a vast resource and as a teacher, I want to know these things, too.”

Bentree says the common thread in her patchwork career has been her interest in learning—and her education degree from the College of Music.

“My degree from CU has really been a blessing. In those lean years between incredible ups and downs, I could always get a job teaching music.

“My life is an example of how amazing it is to have a career in the performing arts. The diversity of skills that you acquire in music serves you well to keep working and have a very interesting life.”

In the final Dean’s Downbeat of the year, Dean John Davis announces Allan McMurray’s 2023 University Medal; describes how the important, prescient work of the Sphinx Organization underscores his vision for the College of Music ... and more. END_OF_DOCUMENT_TOKEN_TO_BE_REPLACED 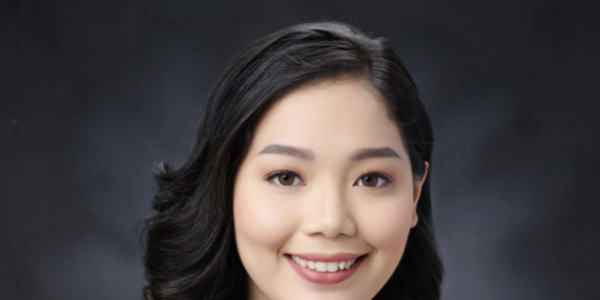 International student Samantha Torres candidly shares how her culture influenced her to pursue a career in music education, the challenges she’s overcoming, and why attending our College of Music is the best institution to support her in achieving her goals and her DEI mission. “I know with conviction that with every step and even misstep, I continue to learn,” she says. END_OF_DOCUMENT_TOKEN_TO_BE_REPLACED 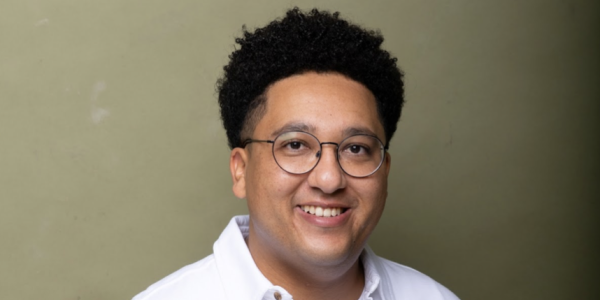 “This wonderful concert series allows the faculty to show our individuality in style and interests, and I’m excited to share my perspective in my first Faculty Tuesdays recital this week!” says new Assistant Professor of Violin Alex Gonzalez. END_OF_DOCUMENT_TOKEN_TO_BE_REPLACED
Return to the top of the page