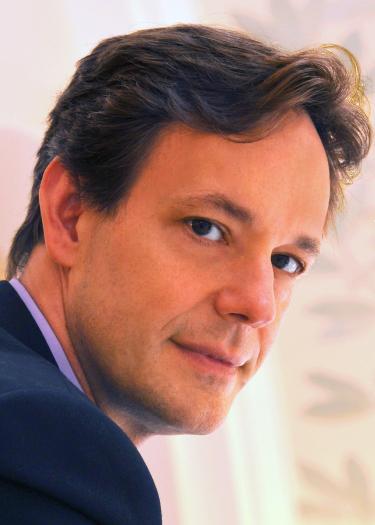 Composer Jake Heggie will be on hand for CU NOW this year, as students workshop his new opera-in-progress, "It's a Wonderful Life."

Having the opportunity to workshop a brand new piece is a thrill every year for Eklund Opera’s New Opera Workshop—or CU NOW. But in the summer of 2016, that excitement will hit a fever pitch.

This June, they take on Heggie’s adaptation of “It’s a Wonderful Life,” Frank Capra’s beloved film that has been a staple in American homes during the holidays since its release in 1946. Heggie, a former Guggenheim Fellow, is one of the world’s most performed living opera composers and is best known for his award-winning works “Moby-Dick,” “Dead Man Walking” and “The End of the Affair.”

Not only that, but Heggie and librettist Gene Scheer are under commission from Houston Grand Opera to have the work ready for a fall premiere. Holman says it’ll be a glimpse into the professional opera world that students rarely get.

“We’ll truly be on the ground floor. What makes this year different is that we have an entire opera to work on. In the past we’ve had a few scenes or an act. But Jake wants to be able to work through all of the music in three weeks. They’ll be doing character development with our students.”

Houston Grand Opera will also have a team on hand taking in the workshop. “That means one of the most important opera companies in the country will be here seeing how it sounds and suggesting changes,” says Holman. “They’ll be seeing our singers every day and our students will get a chance to learn from them, too.

“I can’t think of a more exciting scenario.”

Holman says Heggie’s interest in CU NOW goes back nearly to its inception seven years ago.

“I met him years ago when I worked at Opera Colorado,” she explains. “Jake had actually recommended CU NOW to colleagues of his in the past. So this year, I asked him if he had anything he wanted to bring.”

With such a well-known ally in the small world of opera, Holman says she sees a big future for Eklund Opera and CU NOW. “The fact that Jake knew about us and has sent other professionals to us in the past—and trusted us enough to bring ‘It’s a Wonderful Life’ here—says a whole lot.

“He told me there were other groups doing workshops, but no one offers three weeks to really work the piece. Nobody else goes that far with it.”

In addition to working out the kinks in the piece, the CU NOW cast will also create an archival recording for Heggie and Scheer to present and for Houston Grand Opera to play for their donors.

Holman says this could give CU NOW a chance to be part of history.

“It’s a wonderful experience for our students to work with the greatest living opera composer, but we also have a feeling that the ‘It’s a Wonderful Life’ opera will have legs. It could go down as opera’s answer to ‘The Nutcracker’ at the holidays.”

CU NOW Professional encompasses only half of the hard work that takes place during the workshop. In addition, the Composer Fellows’ Initiative focuses on scenes written by College of Music composers. Directed by Voice and Opera Chair Patrick Mason and Theatre Department Chair Bud Coleman, this year’s CFI will also give students a chance to work with professionals in the opera field.

“Mark Campbell has been advising our composers for several months, and will be here the entire three weeks to work with them,” Holman says. “Laura Lee Everett, the artistic services director for Opera America, will be here again too.”

The four student-composed scenes will be presented on stage at the Music Theatre on Saturday, June 18, at 7:30 p.m. CU NOW Professional’s performances of scenes from “It’s a Wonderful Life” are Friday, June 17, at 7:30 p.m. and Sunday, June 19, at 2 p.m. in the ATLAS Black Box Theater.

Curiosity drives Lydia Wagenknecht, a PhD candidate in ethnomusicology and recent recipient of a Fulbright Research Award. “I care that my research will help us understand something in a more broad-based way that we didn’t understand before,” she says. END_OF_DOCUMENT_TOKEN_TO_BE_REPLACED

We’re so excited to welcome alumnus Damani Phillips back to campus this week and to present him the College of Music’s 2022 Distinguished Alumnus Award at our commencement ceremony on May 5! “The versatile training provided by CU has been the cornerstone of my success to date, and has enabled me to do and be many things well beyond typical expectations,” he says. Meet Phillips and discover his powerful advice to graduating Music Buffs. END_OF_DOCUMENT_TOKEN_TO_BE_REPLACED

On May 5, we look forward to welcoming back Judith Glyde, formerly professor of cello and chamber music at the College of Music and chair of our string faculty. Since retiring in 2014 to live in New York City, the professor emerita she has been active with the college’s alumni community there, offering tremendous support to Forever Buffs who are now living and working in the city. END_OF_DOCUMENT_TOKEN_TO_BE_REPLACED
Return to the top of the page