Longtime Boulder resident Paul N. Eklund has made a transformative gift to the opera program at the College of Music at the University of Colorado Boulder that establishes a $2 million endowment for the program 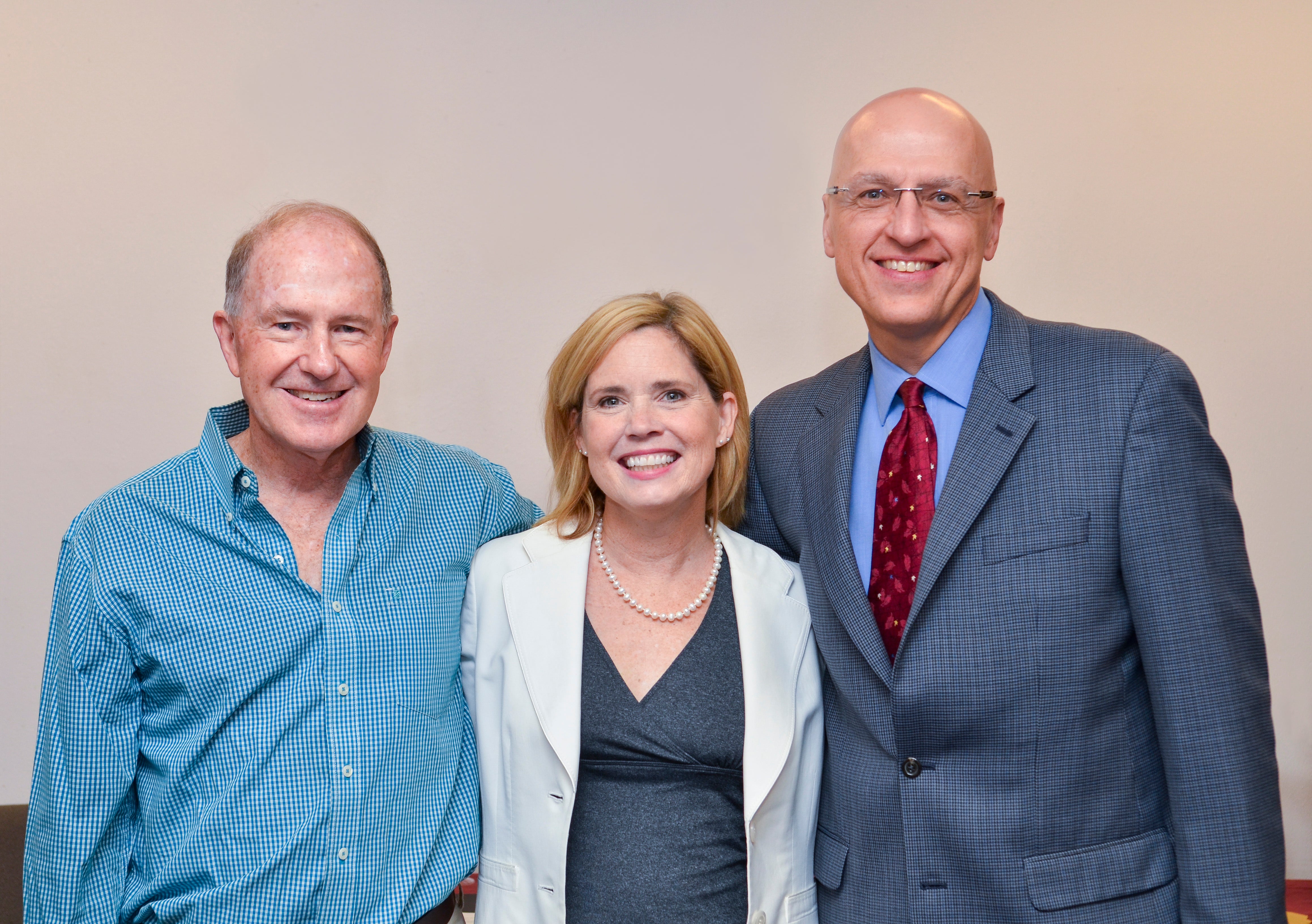 Longtime Boulder resident Paul N. Eklund has made a transformative gift to the opera program at the College of Music at the University of Colorado Boulder that, combined with additional university commitments, establishes a $2 million endowment for the program, to be renamed the Eklund Family Opera Program in honor of the gift.

“Paul’s investment is a bold statement that says, ‘The arts are important,’” said Leigh Holman, director of CU Opera. “In this crazy world we live in, when everyone is on their iPhones and not connecting as much, the arts still bring people together.”

Funding from the endowment will help support the three full productions a year, an opera scenes program for students and CU NOW, a program in which students work directly with new composers. The endowment will also enable the program to provide the most professional experiences possible for students.

The timing of Eklund’s gift coincides with the start of the 2014-15 CU opera season CU Opera, which opens 7:30 p.m. Friday and continues through Oct. 26 with the Gilbert and Sullivan classic The Pirates of Penzance at Macky Auditorium, and continues with full productions of Cosi fan tutte (March 13-15, 2015) and L’incoronazione di Poppea (April 23-26, 2015).

Robert Shay, dean of the CU-Boulder College of Music, noted that “opera has flourished through the centuries because of its unique abilities to bring various art forms together and comment on the world, but its success has always depended on patrons like Paul, who have the vision to strengthen a program for the current generation and ensure its viability for many years to come. Students, faculty and community members will all reap the benefits of Paul’s inspiring generosity.”

The Eklund Family Opera Program is the third program in the College of Music to be endowed within the past two years. It joins the Ritter Family Classical Guitar Program and the Thompson Jazz Studies Program. Having named programs helps with recruitment, Holman says, because it signifies the stability of the program to prospective faculty and students.

When Eklund was a 7-year-old growing up in San Diego, his mother began taking him to outdoor opera productions at the Starlight Theatre. “It inspired me,” he said. “I remember the singing, the emotions they had. I liked that.”

Eklund didn’t make music central to his life until he went to a recent CU Opera production of La Boheme. “I was so impressed,” Eklund said. “It is like a rebirth. … I started listening to opera singers. Music is a constant now, and it makes for a fuller life.”

The endowed program will enable CU Opera to continue high-quality work and take more artistic risks. “When we are pressured to fill a huge house like Macky [Auditorium], it is better to be able to choose a piece that is right for the students here, as opposed to solely what will sell tickets,” Holman said. “We can also take risks from a design standpoint, do more innovative things with technology and keep up with the changing tide in theater.”

Eklund named the program to honor family members who share a similar exposure to and love for music, he says.

Because the program is endowed, Eklund said, “CU Opera will have a consistent income stream on an annual basis … and it will continue beyond my life. I want it to flourish and be ongoing. … I want to have it available for people who may not have been exposed to it. I want it for our culture here in Boulder. I also know its students will make the world a better place.”

CU Opera has been designated a Program of Excellence by the Colorado Commission on Higher Education. Students from the CU Opera program have won top awards in the National Opera Association Collegiate Scenes competition three out of the last four seasons. In addition to several fully staged and costumed operas and musicals each season, student performance opportunities include an annual student-directed opera scenes program as well as CU NOW, which showcases modern American operas.

Since its founding in 1920, the CU-Boulder College of Music has earned a reputation not only for preparing students for successful careers in music but also for providing them with an outstanding liberal arts education. With 350 undergraduate and 200 graduate students, the college features a 6-to-1 student-to-faculty ratio. Faculty members include respected performers, composers, educators and scholars who take a deep and lasting interest in their students. With seven degree plans and more than 23 fields of study, programs cover virtually all areas of music. Passionate supporters of the college have established 111 endowments, including two endowed chairs, 10 faculty endowments and more than 75 endowed scholarships.

A new member of the College of Music faculty shares his approach to preparing students to become universal musicians, and fostering an environment of diversity and inclusivity. “It's not about hyper-specialization, but about flexibility, creativity and keeping an open mind,” he says. END_OF_DOCUMENT_TOKEN_TO_BE_REPLACED
Return to the top of the page