Join us in celebrating Daniel Sher 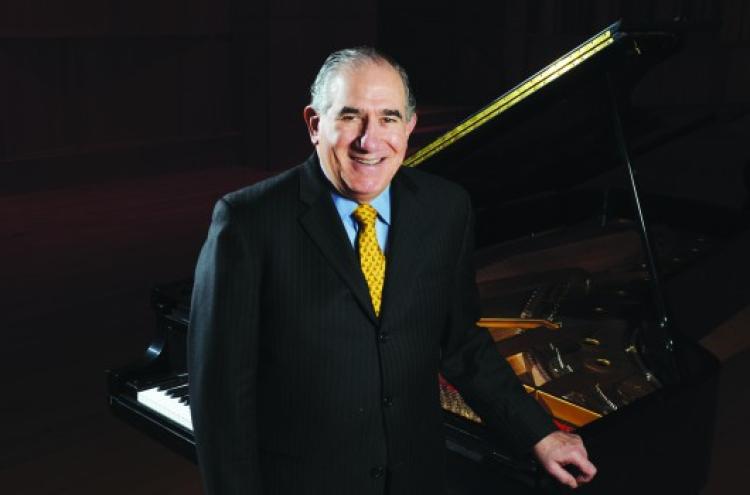 We hope you’ll join us for this week’s celebratory events!

Reprinted from the Daily Camera:

Dan Sher — who has spent two decades on the University of Colorado’s campus, serving as dean of the College of Music — says his favorite place on campus is Grusin Music Hall on a Tuesday night when faculty members are performing.

It’s a close tie with the walk from the Imig music building to the historic Macky Auditorium on a snowy winter afternoon right before the college’s holiday festival program.

Those music school traditions link the college to the broader community — and, in fact, when Sher looks back on his career, that relationship is among his proudest achievements. Sher will be stepping down as dean at the end of June, and he will join the faculty.

“What makes me so happy is the wonderful relationship that our faculty and students have developed with our community audience,” Sher said. “It’s just grown and grown. To have them feel like they are a part of our concerts and value them the way they do is so important.”

To honor Sher, there will be two performances this week to celebrate the outgoing dean — including a free, public musical fete 7:30 p.m. Thursday in Macky Auditorium. Faculty performers will premiere performances of “Sher’s Originals,” penned by faculty composers.

In Denver, student musicians at the college will dedicate their Wednesday performance of Beethoven’s Ninth Symphony to the outgoing dean. The concert is at 7:30 p.m. in Boettcher Concert Hall and tickets are $15 for general admission.

“I can think of no music better suited for this than the monumental Ninth Symphony by Beethoven, which has been integral to many important events since its premier,” said Gary Lewis, director of orchestral studies and conductor for the Wednesday concert.

The program — which also includes Brahms’ “Academic Festival Overture, Op. 80″ — is “truly a celebration of Sher’s tenure as dean of the college,” Lewis said.

Sher, a pianist, first started taking lessons at age 5, but became focused on a music career after going away to a music camp while in high school.

“I think everyone here knows I’m just a sucker for the 19th century romantic music of Brahms and Schubert and Chopin,” Sher said. “But as an educator and a dean, I have just come to value and appreciate all of the things that we do here.”

Sher came to CU from Louisiana State University in 1993. During his time on the Boulder campus, the college has added programs in jazz studies and collaborative piano, as well as launching the Entrepreneurship Center for Music, which was the first of its kind in the United States.

The past three years in a row, CU has been cited by the Fiske Guide to Colleges as one of just 25 in the nation — among a total 1,200 music programs in higher education — for its excellence in music. It has been ranked in the top 20 among all college, university and conservatory music programs by U.S. News and World Reports.

“I think his legacy is he’s created a nationally prominent College of Music,” said CU Provost Russell Moore. “It was a fine school before he came, but he has taken it up the charts. What I think is really telling is the school has sustained its national reputation. It’s one thing getting there, but staying there is an accomplishment — especially in a challenging fiscal environment.”

Judith Glyde, chairwoman of the strings department, said Sher’s “interest and support of faculty is celebrated.”

“He’s a musician first,” she said. “He’s a real humanist. And, as an administrator he had a real passion for music.”

If you go
What: A CU College of Music faculty concert in honor of Dean Daniel P. Sher
When: 7:30 p.m. Thursday
Where: Macky Auditorium, CU campus
Tickets: Free and open to the public

A new member of the College of Music faculty shares his approach to preparing students to become universal musicians, and fostering an environment of diversity and inclusivity. “It's not about hyper-specialization, but about flexibility, creativity and keeping an open mind,” he says. END_OF_DOCUMENT_TOKEN_TO_BE_REPLACED
Return to the top of the page