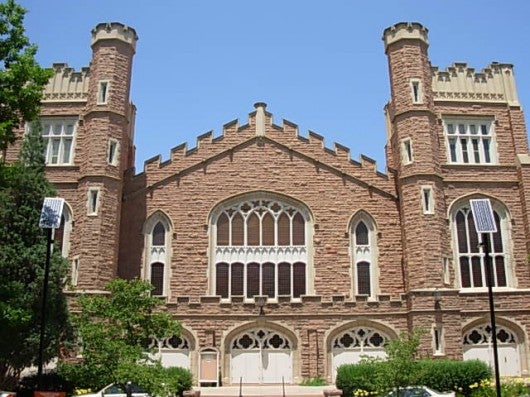 A year after Colorado Gov. Bill Ritter and University of Colorado Boulder Chancellor Philip P. DiStefano revealed the contents of the 1910 Macky Auditorium time capsule, the contents of a new memo to posterity are being finalized.

On Tuesday, Oct. 11, at 3:30 p.m., campus officials will gather at CU-Boulder’s Macky Auditorium for the ceremonial placement of the building’s new time capsule. The event will feature remarks from campus officials and a performance by Artist Series favorite Yamato, a Japanese Taiko drumming ensemble. The dedication ceremony is free and open to the public.

Transcripts of speeches from campus leaders, copies of the day’s newspapers, CDs of campus performances and copies of campus magazines like the Coloradan, Colorado Engineer and Bylines are among items planned for inclusion in the time capsule. A decidedly modern touch will be an iPad loaded with contemporary digital content.

“It is a wonderful opportunity to take a snapshot of our world,” said Rudy Betancourt, director of the Macky Auditorium Concert Hall. “After the thrill of discovering what was left for us by our campus colleagues in 1910, I feel challenged to provide compelling artifacts from our era.”

Macky Auditorium is a fitting home for a time capsule. The facility has played a central role in campus life, with its 2,000-seat auditorium serving as a gathering point for the campus community. Over the years, it has housed the offices of the CU President, the Dean of Students, Journalism, the Registrar, the Book Store and Admissions. The auditorium has hosted the popular Artist Series since 1937. 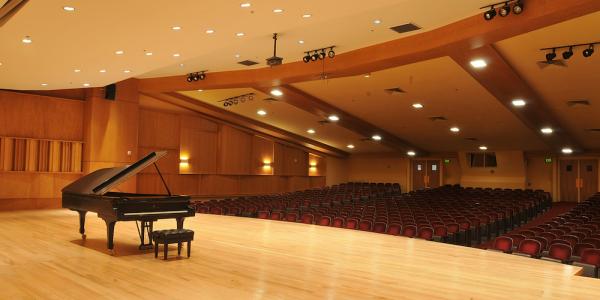 Message from Dean Shay in response to current events

Universities must be a beacon of progress in times of social change, and the College of Music must help underscore that story. END_OF_DOCUMENT_TOKEN_TO_BE_REPLACED

Planning for fall at the College of Music

On May 26, CU Boulder Chancellor Phil DiStefano released an update regarding a return to campus for the Fall 2020 semester. The announcement contained information about how learning will take place safely on our campus this fall. We are thrilled to be welcoming back students to our halls soon. END_OF_DOCUMENT_TOKEN_TO_BE_REPLACED

Performed by the Concert Jazz Ensemble in 2019 from the CU College of Music. Pianist... END_OF_DOCUMENT_TOKEN_TO_BE_REPLACED
Return to the top of the page