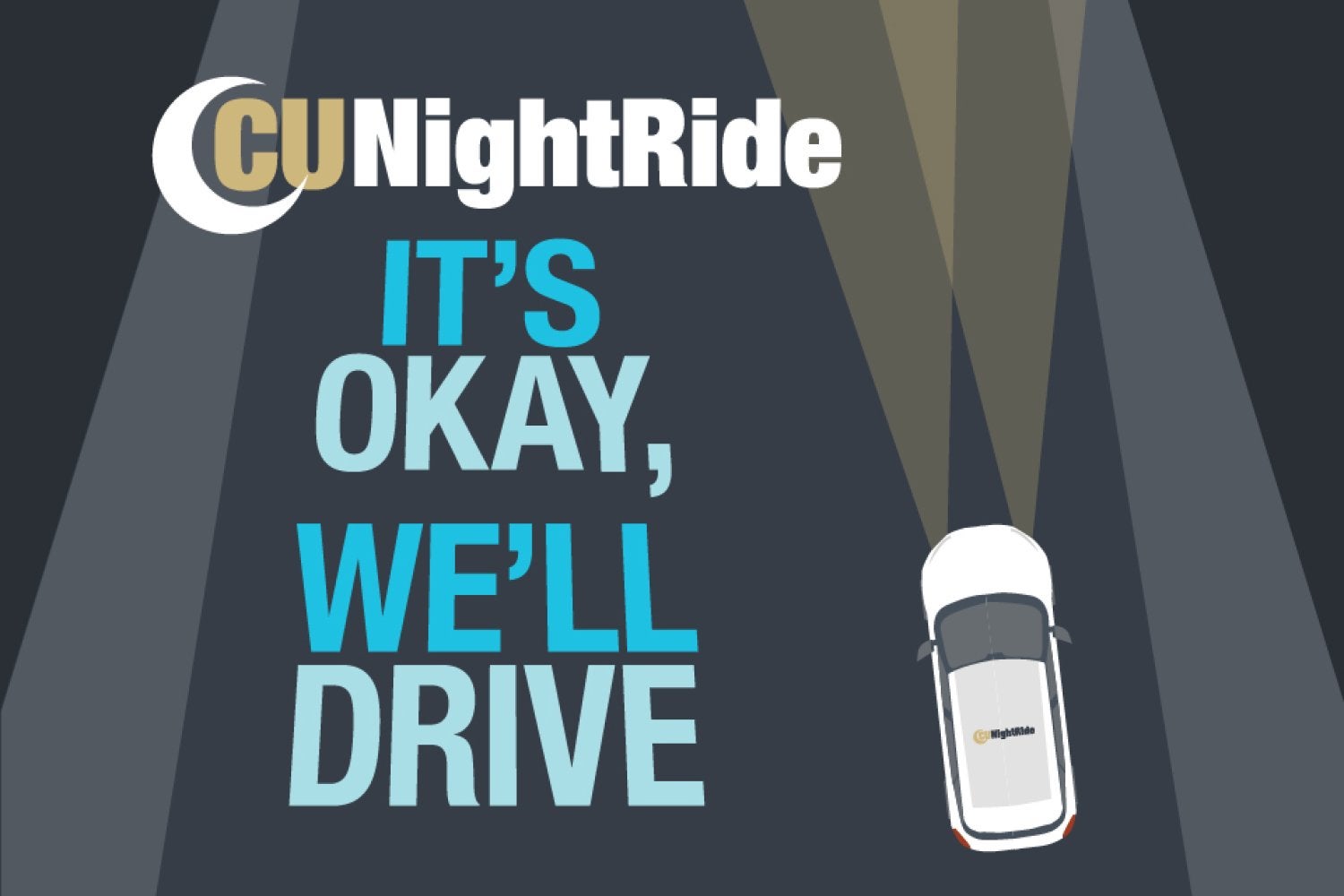 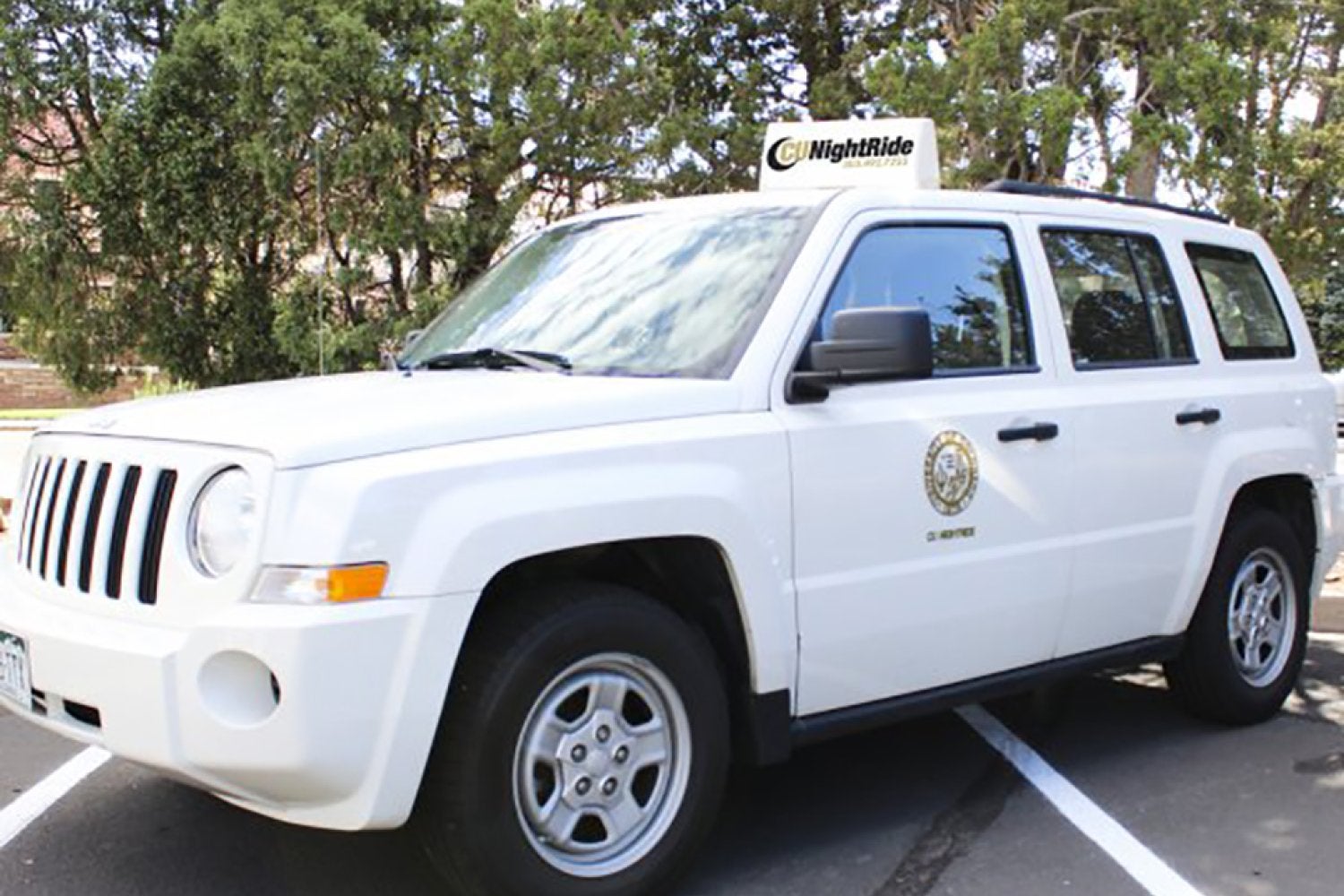 Riders may be asked to show their CU Buff OneCard to ride. Those who do not have their Buff OneCard available will be given a ride at the discretion of the driver.

CU NightRide began as NightWalk in 1985 and students volunteered to serve as a companion on walks with other students back home from campus. In 1997 a vehicle was added for transporting students from campus to their off-campus homes. In 1998, what had become NightRide/NightWalk was moved to the UMC. Over the years, the walking element of the program became less and less used and was eventually eliminated, leading to the name being changed to CU NightRide in 2005.

As a department within the UMC, CU NightRide is funded by student fees allocated annually by the University of Colorado Student Government (CUSG).

Get the latest from CU NightRide!